The Indian Council of Medical Research (ICMR), the apex body in India for the formulation, coordination and promotion of biomedical research, is one of the oldest and largest medical research bodies in the world. The ICMR is funded by the Government of India through the Department of Health Research, Ministry of Health and Family Welfare. [2] [3] In 2007 the organization established the Clinical Trials Registry - India, which is India's national registry for clinical trials. [4]

The council's research priorities coincide with National health priorities such as control and management of communicable diseases, fertility control, maternal and child health, control of nutritional disorders, developing alternative strategies for health care delivery, containment within safety limits of environmental and occupational health problems; research on major non-communicable diseases like cancer, cardiovascular diseases, blindness, diabetes and other metabolic and haematological disorders; mental health research and drug research (including traditional remedies). These efforts are undertaken with a view to reduce the total burden of disease and to promote health and well-being of the population. [3]

In 1911, the Government of India set up the Indian Research Fund Association (IRFA) with the specific objective of sponsoring and coordinating medical research in the country. After independence, several important changes were made in the organisation and the activities of the IRFA. It was redesignated the Indian Council of Medical Research (ICMR) in 1949, considerably expanded scope of functions. [5]

Extramural research is promoted by ICMR by establishing Centres for Advanced Research in different research areas around existing expertise and infrastructure in selected departments of Medical Colleges, Universities and other non-ICMR Research Institutes. The ICMR also funds task force studies which emphasise a time-bound, goal-oriented approach with clearly defined targets, specific time frames, standardised and uniform methodologies, and often a multicentric structure. Open-ended research is conducted on the basis of applications for grants-in-aid received from scientists in non-ICMR Research Institutes, Medical colleges and Universities located in different parts of the country. Collaborative research projects with other institutes such as that between Institute of Pathology, Delhi and NCRM are also undertaken. [6]

ICMR's Viral Research and Diagnostic Laboratories (VRDL) for diagnosis of the viral and other infectious diseases is gradually evolving and is proposed to be the largest network of laboratories for timely identification of viruses and other agents causing morbidity significant at public health level and specific agents causing epidemics and/or potential agents for bioterrorism and undertake research for identification of emerging and newer genetically active/ modified agents. In addition to research activities, ICMR also provides international fellowship programme for research and training and exposure of Indian biomedical scientists in various countries as well as offering opportunities to scientists from developing countries to come and work in Indian institutes/laboratories. It is also the secretariat for Health Ministry's Screening Committee (HMSC) meeting organised monthly for consideration of international collaborative research projects. It also encourages human resource development in biomedical research through Research Fellowships, Short-Term Visiting Fellowships, Short-Term Research Studentships, and various training programmes and workshops conducted by ICMR institutes and headquarters. [7]

For retired medical scientists and teachers, the council offers the position of emeritus scientist to enable them to continue or take up research on specific biomedical topics. The council also awards prizes to Indian scientists, in recognition of significant contributions to biomedical research as well as those who work in the underdeveloped parts of the country. [8] At present, the council offers 38 awards, of which 11 are meant exclusively for young scientists (below 40 years).

The Indian Journal of Medical Research is published under the auspices of the council.

The International Life Sciences Institute (ILSI) is a global nonprofit 501(c)(3) organization headquartered in Washington, DC, United States. It was founded in 1978 by Alex Malaspina, a former Coca-Cola executive, and it is financed by food and chemical industries such as BASF, Coca-Cola, Nestlé, McDonald’s, Monsanto, Syngenta and Pepsi. As of 2019, the organization's annual budget was $17 million.

The National Institute of Virology in Pune, India is an Indian virology research institute and part of the Indian Council of Medical Research (ICMR). It was previously known as 'Virus Research Centre' and was founded in collaboration with the Rockefeller Foundation. It has been designated as a WHO H5 reference laboratory for SE Asia region. 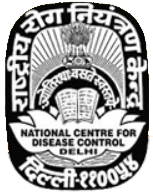 The National Centre for Disease Control is an institute under the Indian Directorate General of Health Services, Ministry of Health and Family Welfare. It was established in July 1963 for research in epidemiology and control of communicable diseases and to reorganize the activities of the Malaria Institute of India. It has eight branches at Alwar, Bengaluru, Trivandrum, Calicut, Coonoor, Jagdalpur, Patna, Rajahmundry and Varanasi to advise the respective state governments on public health. The headquarters are in Sham Nath Marg, in New Delhi.

The National Institute of Nutrition (NIN) is an Indian Public health, Nutrition and Translational research centre located in Hyderabad, India. The institute is one of the oldest research centres in India, and the largest centre, under the Indian Council of Medical Research, located in the vicinity of Osmania University. The institute has associated clinical and paediatric nutrition research wards at various hospitals such as the Niloufer Hospital for Women and Children, the Government Maternity Hospital, the Gandhi Medical College and the Osmania General Hospital in Hyderabad.

Coluthur Gopalan FRCP, FRS, FAMS, FASc was an Indian nutritionist. He was responsible for initiating nutrition research in independent India, leading to a number of interventions such as the Integrated Child Development Services, the midday meal scheme for school children, goiter prevention programme, etc. The burning feet syndrome is also known as Grierson-Gopalan syndrome. While the condition was described in 1826 by a British medical officer James Grierson, Gopalan also described this condition in 1946 when he observed it, "chiefly in females between the ages of 20 and 40 years, among the poor in South India".

Gandhi Medical College is a medical college in Madhya Pradesh, India. Established in 1956, it is located at Fatehgarh, Royal Market Area, Bhopal.

The National Animal Resource Facility for Biomedical Research formerly the National Center for Laboratory Animal Sciences is an Indian Biomedical research facility, and vivarium under the Indian Council of Medical Research. The new 33rd flagship institute of ICMR was founded in 2015, at Genome Valley in Hyderabad, India. The center is a state of the art Animal house and Animal sciences facility located near Turkapally, Shamirpet spread over 102 acres of land.

Kamal Ranadive, néeKamal Jayasing Ranadive was an Indian biomedical researcher who is known for her research in cancer about the links between cancers and viruses. She was a founder member of the Indian Women Scientists' Association (IWSA).

Regional Medical Research Center, Bhubaneswar Or RMRC, Bhubaneswar is an organization in the field of Medical research, established in Bhubaneswar, Odisha. It was established in 1981 by the Indian Council of Medical Research (ICMR), New Delhi. The main focus area of research of the institute is on locally prevailing communicable and non-communicable diseases, tribal health and malnutrition in Odisha and adjoining states. It has Sanhamitra Pati as Director.

Indira Nath is an Indian immunologist. Her major contribution in medical science deals with mechanisms underlying immune unresponsiveness in man, reactions and nerve damage in leprosy and a search for markers for viability of the Leprosy bacillus. Prof. Nath's fields of specialisations are Immunology, Pathology, Medical biotechnology and communicable diseases. 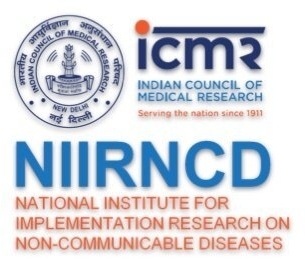 Vinod Prakash Sharma was an Indian malariologist and entomologist, known for his work in vector biology and bioenvironmental control of malaria. Recipient of many awards, including the Padma Shri, he was again honoured by the Government of India, in 2014, by bestowing on him the third highest civilian award, the Padma Bhushan. 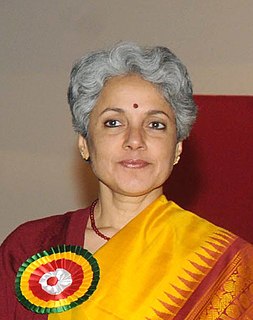 Soumya Swaminathan Yadav is an Indian paediatrician and clinical scientist known for her research on tuberculosis and HIV. Since March 2019, Swaminathan has served as the Chief Scientist at the World Health Organization. Previously, from October 2017 to March 2019, she was the Deputy Director General of Programmes (DDP) at the World Health Organization.

Asis Datta is an Indian biochemist, molecular biologist and genetic engineer, known for his research on genetically modified foods and food nutritional security. He was the founding Director of the National Institute of Plant Genome Research and is credited with the discovery of genes that assist in extended preservation of fruits and vegetables. He is a recipient of the Shanti Swarup Bhatnagar Award, the highest Indian award and in the Science category, and was awarded the fourth highest civilian award of the Padma Shri, by the Government of India, in 1999. In 2008, he was included again in the Republic Day Honours list for the third highest civilian honour of the Padma Bhushan.

Regional Medical Research Centre, NE region(RMRC, The International Centre of Excellence) is one of the six regional centres of Indian Council of Medical Research (ICMR) and is located 10 km east of Dibrugarh city at Lahowal. It covers the most remote and less developed, eight states of the north-eastern region of India and is responsible for carrying out Biomedical Research in the region. It was established in 1982 and runs with intramural grant from ICMR and extramural ad hoc projects from different funding agencies.

Rakesh Aggarwal is an Indian gastroenterologist, who is currently the Director of Jawaharlal Institute of Postgraduate Medical Education & Research (JIPMER), Puducherry, India. He was previously a Professor of Gastroenterology at the Sanjay Gandhi Postgraduate Institute of Medical Sciences. Known for his studies on Gastrointestinal diseases, Liver diseases, and Viral Hepatitis, Aggarwal is an elected fellow of all the three major Indian science academies, namely National Academy of Sciences, India, the Indian Academy of Sciences and the Indian National Science Academy, and of the National Academy of Medical Sciences. The Department of Biotechnology of the Government of India awarded him the National Bioscience Award for Career Development, one of the highest Indian science awards, for his contributions to biosciences in 2002.

Dr. Raman Gangakhedkar M.B.B.S., DCH, M.P.H is an Indian epidemiologist. He served as Head Scientist of Epidemiology and Communicable Diseases at the Indian Council of Medical Research before retiring on 30 June 2020. He is a recipient of the 2020 Padma Shri award, the fourth highest civilian award in India.

National Institute of Cholera and Enteric Diseases or NICED is an Indian medical institute that conducts research and develops prevention and treatment and control strategies related to enteric diseases and HIV/AIDS. The headquarter of NICED is located at Kolkata, West Bengal. NICED is affiliated to and financed by Indian Council of Medical Research.