Ministry of Health and Family Welfare

The Ministry of Health and Family Welfare is an Indian government ministry charged with health policy in India. It is also responsible for all government programs relating to family planning in India. [2] [3]

The Minister of Health and Family Welfare holds cabinet rank as a member of the Council of Ministers. The current minister is Harsh Vardhan.

The Department of Health deals with health care, including awareness campaigns, immunisation campaigns, preventive medicine, and public health. Bodies under the administrative control of this department are:

The Department of Family Welfare (FW) is responsible for aspects relating to family welfare, especially in reproductive health, maternal health, pediatrics, information, education and communications; cooperation with NGOs and international aid groups; and rural health services. The Department of Family Welfare is responsible for:

The Department of Health Research (DHR) was created in 2007 and became functional the following year. [7]

The department was established in March 1995 as the Department of Indian Systems of Medicines and Homoeopathy (ISM&H). The department is charged with upholding educational standards in the Indian Systems of Medicines and Homoeopathy colleges, strengthening research, promoting the cultivation of medicinal plants used, and working on pharmacopoeia standards. Bodies under the control of the Department of AYUSH are:

"Unani" or "Yunani medicine" is the term for Perso-Arabic traditional medicine as practiced in Mughal India and in Muslim culture in South Asia and modern day Central Asia The term Yūnānī means "Greek", as the Perso-Arabic system of medicine was based on the teachings of the Greek physicians Hippocrates and Galen. Siddha medicine is a traditional medicine originating in Tamil Nadu, India and practiced over centuries. The Ministry of Ayurveda, Yoga and Naturopathy, Unani, Siddha and Homoeopathy of the Government of India regulates training in Siddha medicine and other traditional practices grouped collectively as AYUSH. Practitioners are called siddhars, and may have formal training with advanced degrees, such as BSMS, MD or Doctor of Philosophy (PhD). The Central Council of Indian Medicine, a statutory body established in 1971 under AYUSH, monitors education in areas of rural Indian medicine, including Siddha medicine.

The Ministry of Agriculture and Farmers' Welfare, a branch of the Government of India, is the apex body for formulation and administration of the rules and regulations and laws related to agriculture in India. The three broad areas of scope for the Ministry are agriculture, food processing and co-operation. The agriculture ministry is headed by Minister of Agriculture Narendra Singh Tomar. Abhishek Singh Chauhan, Krishna Raj and Parsottambhai Rupala are the Ministers of State.

The Ministry of Ayurveda, Yoga & Naturopathy, Unani, Siddha and Homoeopathy is purposed with developing education, research and propagation of indigenous alternative medicine systems in India. The Ministry is headed by a Minister of State, which is currently held by Shripad Yesso Naik.

The Ministry of Science and Technology is the Indian government ministry charged with formulation and administration of the rules and regulations and laws relating to science and technology in India. 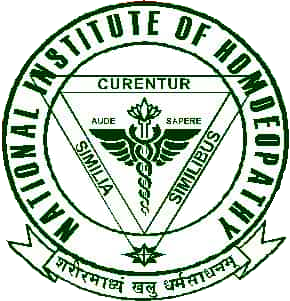 National Institute of Homeopathy (NIH) is an autonomous organisation under the Ministry of Ayurveda, Yoga & Naturopathy, Unani, Siddha and Homeopathy (AYUSH), Govt. of India. It is affiliated to the West Bengal University of Health Sciences and conducts the degree course in Homeopathy. The Institute has a 250-bed hospital, with 10 for surgery and 10 for maternity cases.

Central Council of Indian Medicine (CCIM) is a statutory body under Ministry of AYUSH, Government of India, set up in 1971 under the Indian Medicine Central Council Act, which was passed in 1970. It is one of the Professional councils under University Grants Commission (UGC) to monitor higher education in Indian systems of medicine, including Ayurveda, Siddha, Unani and Sowa-Rigpa.

National Research Institute for Panchakarma (NRIP) at Cheruthuruthy in Thrissur district, is the only organisation in the public sector for research and development in Indian systems of medicine, especially Panchakarma related to ayurvedic system. The institute was set up in 1971 on the southern bank of Bharathapuzha river in Cheruthuruthy. The institute comes under the Central Council for Research in Ayurveda and Siddha (CCRAS) of the Department of Ayurveda, Yoga and Naturopathy, Unani, Siddha and Homoeopathy (AYUSH), Ministry of Health and Family Welfare, Government of India. The institute is functioning with hospital, laboratories and pharmacy and is undertaking various research activities, especially Clinical Research on Neuromuscular problems and Training programmes to Doctors and Therapists on Panchakarma. The institute also provides intensive training on Panchakarma for Ayurvedic physicians. This institute organises Post-Graduate three-month-long Special Certificate Course in Panchkarma after graduation for Ayurvedic doctors is held twice a year. On 21 October 2010, the Union Ministry of Health and Family Welfare upgraded the institute as a Centre of Excellence.There are opporunities for students who seek to learn and practice Panchakarma course as Masseurs conducted in a gap of every 4–5 years.Seats are limited.Duration of the course is one year.

National Institute of Siddha is an institute for study and research of Siddha medicine. It was established in 2005 at Tambaram, Chennai, India. It is one of the eight national institutes established across nation, for training and research in "Indian Systems of Medicine and Homeopathy education", by Department of AYUSH, Government of India,

National Institute of Unani Medicine (NIUM) is an autonomous organization for research and training in Unani medicine in India. It was established in 1984 at Bangalore under the Department of Ayurveda, Yoga and Naturopathy, Unani, Siddha and Homoeopathy (AYUSH), Ministry of Health and Family Welfare, Govt. of India, in a joint venture with Government of Karnataka.

Paneenazhikath Narayana Vasudeva Kurup is an Indian Ayurvedic physician, medical researcher, medical writer and the founder director of the Central Council for Research in Homoeopathy (CCRIMH). He is a former vice chancellor of the Gujarat Ayurved University, Jamnagar and a former advisor of the Indian Systems of Medicine and Homoeopathy (ISM&H) of the Ministry of Health and Family Welfare. He has published several articles and a book, A Handbook on Indian Medicinal Plants, on the traditional Indian medicine system, The Government of India awarded him the fourth highest civilian honour of the Padma Shri, in 2005, for his contributions to Indian medicine.

Dr. B. D. Jatti Homoeopathic Medical College, Hospital and Post Graduate Research Centre is an organization under the Ministry of Ayurveda, Yoga & Naturopathy, Unani, Siddha, and Homeopathy, Government of India. It is affiliated to the Rajiv Gandhi University of Health Sciences, Bengaluru, Karnataka and conducts the graduate degree course in Homeopathy and post-graduate degree courses in Homoeopathy. The college is attached with 60 bedded hospital.