The following is a list of notifiable diseases arranged by country. 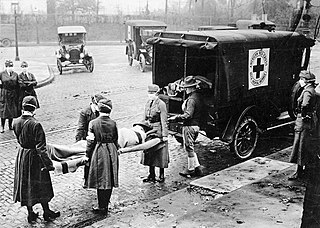 A pandemic is an epidemic of disease that has spread across a large region, for instance multiple continents or worldwide, affecting a substantial number of people. A widespread endemic disease with a stable number of infected people is not a pandemic. Widespread endemic diseases with a stable number of infected people such as recurrences of seasonal influenza are generally excluded as they occur simultaneously in large regions of the globe rather than being spread worldwide.

Glanders is a contagious zoonotic infectious disease that occurs primarily in horses, mules, and donkeys. It can be contracted by other animals, such as dogs, cats, goats and humans. It is caused by infection with the bacterium Burkholderia mallei.

A medical condition is a broad term that includes all diseases and disorders. 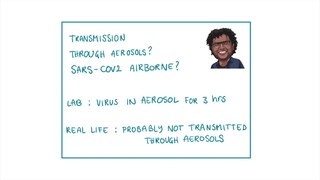 The UK statutory notification system for infectious diseases is a system whereby doctors are required to notify a "proper officer" of the local authority if they are presented with a case of a serious infectious disease such as diphtheria or measles. The proper officer then sends a report to the Centre for Infections of the Health Protection Agency (HPA) in Colindale, north London.

Anthony Stephen Fauci is an American physician and immunologist who has served as the director of the National Institute of Allergy and Infectious Diseases (NIAID) since 1984. Since January 2020, he has been one of the lead members of the Trump Administration's White House Coronavirus Task Force addressing the COVID-19 pandemic in the United States. Fauci is considered one of the most trusted medical figures in the country.

Ross River fever is a mosquito-borne infectious disease caused by infection with the Ross River virus. The illness is typically characterised by an influenza-like illness and polyarthritis. The virus is endemic to mainland Australia and Tasmania, the island of New Guinea, Fiji, Samoa, the Cook Islands, New Caledonia and several other islands in the South Pacific.

Gyrodactylus salaris, commonly known as salmon fluke, is a tiny monogenean ectoparasite which lives on the body surface of freshwater fish. This leech-like parasite has been implicated in the reduction of Atlantic salmon populations in the Norwegian fjords. It also parasitises other species, including rainbow trout. G. salaris requires fresh water, but can survive in brackish water for up to 18 hours.

A notifiable disease is any disease that is required by law to be reported to government authorities. The collation of information allows the authorities to monitor the disease, and provides early warning of possible outbreaks. In the case of livestock diseases, there may also be the legal requirement to destroy the infected livestock upon notification. Many governments have enacted regulations for reporting of both human and animal diseases. 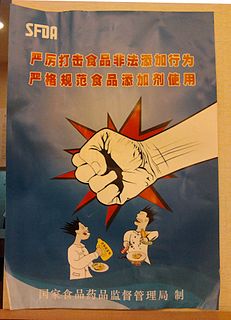 Food safety in China is a growing concern relating to agriculture. China's principal crops are rice, corn, wheat, soybeans, and cotton in addition to apples and other fruits and vegetables. China's principal livestock products include pork, beef, dairy, and eggs. The Chinese government oversees agricultural production as well as the manufacture of food packaging, containers, chemical additives, drug production, and business regulation. In recent years, the Chinese government attempted to consolidate food safety regulation with the creation of the State Food and Drug Administration of China in 2003; officials have also been under increasing public and international pressure to solve food safety problems. Chinese Vice Premier Li Keqiang said, "Food is essential, and safety should be a top priority. Food safety is closely related to people's lives and health and economic development and social harmony," at a State Council meeting in Beijing.

A notifiable disease is one which the law requires to be reported to government authorities.

The notifiable diseases in Canada at present are as follows:

The presence of coronavirus disease 2019 (COVID-19) in Malaysia, part of the COVID-19 pandemic, was first reported in January 2020 when it was detected on travellers from China arriving via Singapore on 25 January, following the outbreak of COVID-19 in Hubei, China. Reported cases remained relatively low and were largely confined to imported cases, until localised clusters began to emerge in March; the largest cluster was linked to a Tablighi Jamaat religious gathering held in Sri Petaling, Kuala Lumpur in late February and early March, leading to massive spikes in local cases and an exportation of cases to neighbouring countries. Within a few weeks, Malaysia had recorded the largest cumulative number of confirmed COVID-19 infections in Southeast Asia, breaching over the 2,000 mark in active cases by the end of March from fewer than 30 at the start of the month. By 16 March, the virus is reported in every state and federal territory in the country.