A Doctor of Public Health (abbr. DrPH, Dr.PH. or D.P.H.; Latin doctor publica sanitas) is a doctoral degree awarded in the field of Public Health. DrPH is an advanced and terminal degree that prepares its recipients for a career in advancing public health practice, leadership, research, teaching, or administration. [1] The first DrPH degree was awarded by Harvard Medical School in 1911. [2]

According to the United Nations, the world face unprecedented challenges such as climate change, noncommunicable diseases, aging populations, health crises, wealth gap, and the overreliance on the internet. [3] DrPH graduates, who received trainings in evidence-based public health practice and research, are expected to have the competences to convene diverse stakeholders, communicate across a range of sectors, and settings, synthesize findings, and generate practice-based evidence. [4]

Given the core competencies developed during the program, DrPH graduates often occupy executive leadership roles in private and public sectors along with non-profits, universities and multilateral entities such as WHO and the World Bank. In addition, some DrPH graduates pursue academia including teaching and research.

The common elements addressed in all DrPH degrees are: 1) a professionally oriented and competency-based curriculum and 2) core competency domains. [4] The DrPH core competency model highlights the transformative leadership role that DrPH graduates play in advancing the field of research and practice in public health. According to The Association of Schools of Public Health (ASPH), the DrPH competency model has seven domains of skills that every DrPH program should aim to develop:

Combined, these skills allows DrPH graduates to create linkages and synergies between research and practice. Often, rather than serving as technical experts, DrPH graduates are more likely to supervise or collaborate with technical experts to solve multifaceted 21st century problems. For instance, their roles require breadth across many areas of public health rather than depth of technical skills in a single one. [1] By having these competencies the ASPH considers the DrPH a professional degree offered for advanced education and training in public health leadership. [5] An entire list of domains and skills can be found here.

Comparison with a Ph.D.

A DrPH degree is categorized as a terminal degree on a par with the degree of Ph.D., Doctor of Medicine, Doctor of Education, Doctor of Social Work, or Doctor of Psychology. [6] [7] Awarding of a such degree signifies recognition of distinguished scholarly accomplishment in the professional field. [8] However, a DrPH is primarily designed for those who plan careers involving professional practice, teaching, or research, and often emphasizes interdisciplinary studies. [8] In comparison, a PhD is primarily a research-based degree focusing on mastering one specific topic within a certain public health field. Nevertheless, some PhD holders would become scholar-practitioners in their later careers.

Traditionally, admission into a DrPH program requires a master of public health degree as a prerequisite; however, this is changing and more schools now are accepting students without any masters or other degrees (i.e., MD, DO). Generally, DrPH programs require several years of public health leadership and practice experience (usually 5 years or more) for an admission. In contrast, one may enter a Ph.D. or ScD program after completing a bachelor (undergrad) degree with no experience or advanced academic training.

A typical accredited DrPH program requires roughly a one to two-year long intensive multidisciplinary coursework in advanced research methodology - similar to a Ph.D in some countries. Additionally, as a distinction and addition to a Ph.D., DrPH students also take advanced courses to gain analytical skills in leadership, management, systems thinking, enabling change, communications, and health policy.

Most universities require a rigorous comprehensive exam at the end of first two-years of coursework and a public health practical experience before a candidate may be advanced to the dissertation phase. For example, the DrPH programs at Tufts and Harvard require a Qualifying Exam taken at the end of the first year.

DrPH students are required to complete and defend an applied public health practice-related dissertation during their candidacy phase, usually after the comprehensive and qualifying exams.

The typical time to complete a DrPH is 3–7 years, depending on the curriculum, previous experience and education.

Some of the universities offering DrPH in the USA are listed below.

Notable Holders of the DrPH Degree 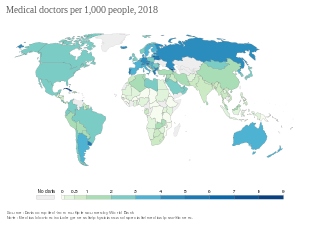 Doctor of Medicine is a medical degree, the meaning of which varies between different jurisdictions. In Canada and most other countries, the M.D. denotes an undergraduate degree awarded upon graduation from medical school. In the United States, and some other countries, the M.D. denotes a professional graduate degree. In the United States, this generally arose because many in 18th-century medical professions trained in Scotland, which used the M.D. degree nomenclature. In England, however, Bachelor of Medicine, Bachelor of Surgery was used and eventually in the 19th century became the standard in Scotland too. Thus, in the United Kingdom, Ireland and other countries, the M.D. is a research doctorate, higher doctorate, honorary doctorate or applied clinical degree restricted to those who already hold a professional degree in medicine; in those countries, the equivalent professional to the North American and some others use of M.D. is still typically titled Bachelor of Medicine, Bachelor of Surgery (M.B.B.S.). 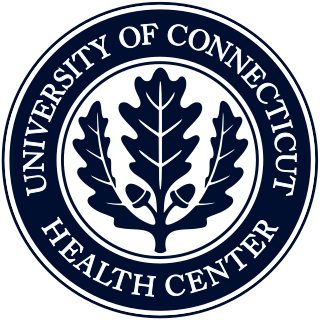 SUNY Downstate Health Sciences University (Downstate) is a public medical school and hospital in New York City. It is part of the State University of New York (SUNY) system and the only academic medical center for health education, research, and patient care serving Brooklyn’s 2.5 million residents. As of Fall 2018, it had a total student body of 1,846 and approximately 8,000 faculty and staff.

The Doctorate of Medicine and of Philosophy (MD–PhD) is a dual doctoral degree for physician–scientists, combining the vocational training of the Doctor of Medicine degree with the research expertise of the Doctor of Philosophy degree; the Ph.D is the most advanced credential in the United States. Other dual degree programs, exist; such as the joint MD-JD degree; where a JD is equivalent to the MD in a corresponding Doctor of Jurisprudence and Doctor of Medicine which are both professional degrees that are generally not considered doctorates internationally. The National Institutes of Health currently provides 50 medical schools with Medical Scientist Training Program grants that support the training of students in MD–PhD programs at these institutions through tuition and stipend allowances. These programs are often competitive, with some admitting as few as two students per academic year. The MCAT score and GPA of MD–PhD matriculants are often higher than MD only matriculants. 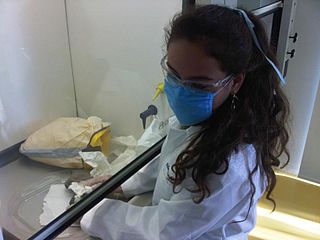 Medical education is education related to the practice of being a medical practitioner; either the initial training to become a physician, or additional training thereafter.

The Doctor of Nursing Practice (DNP) is a degree in nursing. In the United States, the DNP is one of two doctorate degrees in nursing, the other being the PhD. The curriculum for the DNP degree builds on traditional master's programs by providing education in evidence-based practice, quality improvement, and systems leadership. Advanced practice registered nurses (APRNs) include the nurse practitioner (NP), certified registered nurse anesthetist (CRNA), Certified Nurse‐Midwife (CNM), and the clinical nurse specialist (CNS) and are prepared in master's-degree programs. Although approximately 52% of nurse anesthetist programs will award the DNP, the remaining 48% may use the title Doctor of Nurse Anesthesia Practice (DNAP).

The Master of Health Administration, or Master of Healthcare Administration, is a master's-level professional degree granted to students who complete a course of study in the knowledge and competencies needed for careers in health administration, involving the management of hospitals and other health services organizations, as well as public health infrastructure and consulting. Programs can differ according to setting; although practitioner-teacher model programs are typically found in colleges of medicine, health professions, or allied health, classroom-based programs can be found in colleges of business or public health.