The International Business Times is an American online news publication [2] that publishes seven national editions in four languages. The publication, sometimes called IBTimes or IBT, offers news, opinion and editorial commentary on business and commerce. IBT is one of the world's largest online news sources, receiving forty million unique visitors each month. [3] [4] Its 2013 revenues were around $21 million. [5]

IBTimes was launched in 2005; it is owned by IBT Media, [6] which separated from Newsweek in 2018, [7] and was founded by Etienne Uzac and Johnathan Davis. Its headquarters are in the Financial District of Lower Manhattan, New York City. [8]

Founder Etienne Uzac, a native of France, came up with the idea for the global business news site while a student at the London School of Economics. He found that the strongest business newspapers had a focus on the United States and Europe and planned to provide broader geographic coverage. Uzac recruited Johnathan Davis to join him in the enterprise. [9] In late 2005, Uzac and Davis moved to New York City to launch the site, with Uzac primarily focused on business strategy, while Davis coded the site and wrote the first articles. [10]

In May 2012, the company announced the appointment of Jeffery Rothfeder as editor-in-chief and the promotion of Davis from executive editor to chief content officer. [11]

On August 4, 2013, IBT Media announced its purchase of Newsweek and the domain newsweek.com from IAC/InterActiveCorp. The purchase did not include The Daily Beast . [12] Peter S. Goodman, previously executive business editor and global news editor of The Huffington Post , became editor in 2014. [13] IBT Media later rebranded as Newsweek Media Group.[ citation needed ]

From March to July 2016, IBT laid off an estimated thirty percent of its editorial staff. [14] This period marked a new era for the company as it expanded into branded content and events with its sister publication Newsweek . At the same time, Dev Pragad, who had started the Europe, the Middle East and Africa (EMEA) business in 2009, was promoted from managing director of Europe to global CEO of Newsweek and IBT. [15] [16] This was followed in January 2017 by the appointment of Alan Press in the "newly-created, strategic role of President". [17]

In September 2018, Newsweek Media Group once again became IBT Media with Newsweek spun off as an independent company. [18]

In late 2011, Google allegedly moved the outlet's articles down in search results in response to excessive search engine optimization activity. An internal IBT memo allegedly advised IBT journalists on how to "re-work a story you've already done and re-post it in the hopes that it will chart better via Google... Some people have been just re-posting the exact same story, with a new headline. We're not doing that anymore." [19]

Reporting in 2014, Mother Jones claimed that IBT journalists are subject to constant demand to produce clickbait; one former employee reportedly complained that management issued "impossible" demands, including a minimum of 10,000 hits per article, and fired those who couldn't deliver. Of 432 articles published by IBT Japan in a certain time interval, 302 were reportedly created by copying sentences from Japanese media and combining them, "collage-style", to create stories that seemed new; IBT Japan apologized for the behavior and blamed it on a contract employee. [3] Similarly, employees told The Guardian in 2014 that at times they seemed to operate more as "content farms" demanding high-volume output than a source of quality journalism. At least two journalists were allegedly threatened with firing unless traffic to their articles increased sharply. [19]

In 2016, IBT hired John Crowley, the Wall Street Journal's EMEA digital editor, as its UK editor-in-chief. According to The Guardian , "Crowley said his focus would be on helping the site break exclusives, in-depth storytelling and new forms of digital journalism. He said IBT was putting together a UK business desk and hiring an audience team." Crowley stated, "We are not a wire service or so-called paper of record... but I have a vision of where I want to take a site... we've got to have a USP (unique selling proposition)... make ourselves distinctive in journalistic terms." [20]

In early 2017, International Business Times UK joined a partnership along with the likes of Bloomberg, Channel 4 and the BBC to work together to combat the spread of fake news. [21] Consequently, IBTimes.co.uk has occasionally been quoted by other British media. [22] [23] [24] [25] [26] [27] In June 2017, Jason Murdock — who covers cybersecurity for the International Business Times UK — won Digital Writer of the year at the Drum Online Media Awards, which according to InPublishing magazine “identify the cleverest, boldest and most original purveyors of news and views from around the world.” [28]

Media Matters for America, a politically progressive journalism watchdog, labeled an IBT article linking Hillary Clinton's policies to the gun used in the Sandy Hook Elementary School shooting a "false and sloppy smear" that was based on a misreading of government documents. [29]

Early in its history, IBT Media allegedly employed immigrant students of Olivet University who were not authorized to work in the United States to translate English content into Chinese and other languages, paying them less than minimum wage to do so. [3] In 2016, employees complained publicly about missed payroll, meager or nonexistent severance packages, and one-sided nondisclosure agreements. [31] [32]

Relationship to "The Community"

The nature of the connection between IBT and The Community, a Christian sect led by David Jang, is disputed; IBT states that many reports about its connections to The Community are false or exaggerated. [3]

Davis and Uzac both have ties to Olivet University, an evangelical institution founded by Jang. Graduates of Olivet are known to work at Newsweek Media Group, which has donated money to Olivet. Davis was formerly on faculty at Olivet, where his wife serves as university president. Uzac has served on the Olivet board of trustees; his wife has worked as press secretary for the World Evangelical Alliance, of which Olivet is a member. Davis has personally endorsed the view that homosexuality can be caused by childhood sexual abuse and cured by therapy, although he declines to elaborate on his religious views regarding homosexuality, stating that he separates his work from his faith. [19]

Christianity Today claimed in 2012 that it had obtained an email in which Davis stated that he could not join a certain Jang-affiliated organization because his "commission is inherently covert". Davis denied the claim. [19] According to Business Insider , Jang's concept of journalism may involve infusing the "Gospel message" into media. [33]

Newsweek is an American weekly news magazine founded in 1933. Newsweek was a widely distributed newsweekly through the 20th century, with many notable editors-in-chief throughout the years. Newsweek was acquired by The Washington Post Company in 1961, under whose ownership it remained until 2010. Between 2008 and 2012, Newsweek experienced financial difficulties, leading to the cessation of print publication and a transition to all-digital format at the end of 2012. The print edition then relaunched in March 2014.

The News International, published in broadsheet size, is the largest English language newspaper in Pakistan. It is published daily from Karachi, Lahore and Rawalpindi/Islamabad. An overseas edition is published from London that caters to the Pakistani community in the United Kingdom. 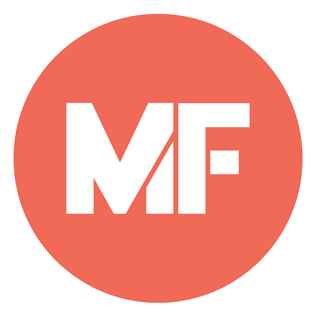 The Daily Beast is an American news and opinion website focused on politics and pop culture. In a 2015 interview, former editor-in-chief John Avlon described The Beast's editorial approach: "We seek out scoops, scandals, and stories about secret worlds; we love confronting bullies, bigots, and hypocrites." In 2018, Avlon described the Beast's "Strike Zone" as "politics, pop culture and power".

Olivet University is a private Christian institution of biblical higher education that is accredited by the Association for Biblical Higher Education (ABHE) to award Certificates, Bachelor's, Master’s, D. Min. and Ph.D. degrees.

BuzzFeed, Inc. is an American Internet media, news and entertainment company with a focus on digital media; it is based in New York City. BuzzFeed was founded in 2006 by Jonah Peretti and John S. Johnson III, to focus on tracking viral content. Kenneth Lerer, co-founder and chairman of The Huffington Post, started as a co-founder and investor in BuzzFeed and is now the executive chairman.

David Jang is a Korean American professor, Christian theologian, and pastor. He has founded several Christian organizations, including Olivet University in San Francisco, Christian Today headquartered in Korea, Christian Daily Korea, and Christianity Daily in Los Angeles, CA. He is currently a member of the North American Council of the World Evangelical Alliance (WEA), the president of World Olivet Assembly, international president of Olivet University, and president of the Holy Bible Society. Jang was also the 88th President of the General Assembly of the Presbyterian Church in Korea. He has traveled around the world, including Africa, East and South Asia, Europe, and North and South America, advising churches, educational institutions, and other Christian ministries.

Jang Group, also known as Geo Group, is a subsidiary of Dubai-based company Independent Media Corporation. Its headquarters is in Printing House, Karachi, Pakistan. It is Pakistan's largest group of newspapers and the publisher of the Urdu Language newspaper the Daily Jang., The News International, Mag Weekly, GEO News and Geo TV Network.

Vox Media, Inc. is an American digital media company based in Washington, D.C. and New York City. The company was founded in July 2005 as SportsBlogs Inc. by Jerome Armstrong, Tyler Bleszinski, and Markos Moulitsas, and was rebranded as Vox Media in 2011. The company operates additional offices in San Francisco, Chicago, Los Angeles, Austin, and London. In June 2010, the network featured over 300 sites with over 400 paid writers. In September 2018, Comscore ranked Vox Media as the 30th-most popular media company among users from the United States.

The Daily Dot is a digital media company covering Internet culture and life on the web. Founded by Nicholas White in 2011, The Daily Dot is headquartered in Austin, Texas.

IBT Media is an American global digital news organization with over 90 million monthly readers. It publishes the International Business Times and Medical Daily, among others. IBT Media is headquartered in New York City, in the Hanover Square neighborhood of Lower Manhattan. As of 2014, the company posted revenue of about $21 million and generated a profit of about $500,000.

The Independent Journal Review (IJR) is a conservative American news and opinion website based in Alexandria, Virginia. The publication was founded in 2012 by Alex Skatell. Skatell serves as its CEO, with Camden Stuebe as President and Shushanna Walshe, former political director at ABC News as the Editor-At-Large. The site covers general interest topics including politics, culture, entertainment, and viral news content.

Vox is a liberal-leaning American news and opinion website owned by Vox Media. The website was founded in April 2014 by Ezra Klein, Matt Yglesias, and Melissa Bell, and is noted for its concept of explanatory journalism. Vox's media presence also includes a YouTube channel, several podcasts, and a show presented on Netflix.

Melissa Bell is an American journalist and technologist. She helped launch the Indian business newspaper Mint, and held several positions at The Washington Post, starting in 2010. She and Ezra Klein left the newspaper to co-found the news and opinion website Vox with Matthew Yglesias in 2014. Bell was named vice president of growth and analytics for Vox Media in 2015, and has served as the company's publisher since 2016.