The trust was established on 1 April 2012 following the separation of the provider and commissioning functions of the Isle of Wight Primary Care Trust. [5]

Hampshire and the Isle of Wight formed a sustainability and transformation plan area in March 2016 with Richard Samuel, the Chief Officer of Fareham and Gosport and South Eastern Hampshire clinical commissioning groups (CCG) as its leader [6]

Melloney Poole, chair of Portsmouth Hospitals University NHS Trust, also chaired this trust from October 2020. There are plans for a single acute service across the island and Portsmouth. [7]

In 2021, it was announced that the Ambulance Service will follow a new five year strategy that will see it having a closer working relationship and support from South Central Ambulance Service. [8]

In January 2018, the CCG proposed that Isle of Wight patients needing high risk and complex emergency and elective surgery should in future be treated in Portsmouth and Southampton. Some outpatient appointments could be conducted remotely. [9] The trust has established an emergency care hub at the hospital where social workers have joined ambulance crews, mental health teams and district nurses are based together. [10] A helipad was installed in May 2013 to permit rapid transfer to specialist care on the mainland when necessary. [11] The social work service established in the A&E department has been held out as an example to follow, because it has significantly reduced the number of hospital admissions. [12]

It is using the South Central Ambulance Service's computer system for ambulance dispatches to improve the performance of the ambulance service on the island. [13]

The trust was one of the beneficiaries of Boris Johnson's announcement of capital funding for the NHS in August 2019, with an allocation of £48 million for redesign of acute services. [14]

The trust ended the financial year 2015/16 with a deficit of £8.4M. [15] In April 2017, it was put into special measures after a Care Quality Commission (CQC) inspection rated it inadequate, [16] finding "unsafe" mental health services, widespread understaffing and a "subtle culture of bullying". [17] Maggie Oldham, was appointed chief executive in May 2017, having performed the same role at Mid Staffordshire NHS Foundation Trust. [18]

It recorded 277 serious incidents in 2018 and 2019, compared to 143 in the previous two years. Delays in treatment accounted for 22%. This was after a new executive team in 2018 encouraged staff to report all incidents. [19]

In December 2019, it was the fourth worst performing trust in England against the four-hour A&E target, with only 48% of patients seen within four hours, [20] and had the longest waits for emergency ambulances. [21]

In 2021, it performed best on all of the main quality and safety-related questions in the mental health section of the annual NHS Staff Survey. [22] In September 2021, it was taken out of special measures (after four years). [23]

The Sevenacres mental health unit was criticised by CQC inspectors in November 2013 because patients were unclear about their care plans and were not always involved in decisions about their care or treatment. [25]

In November 2014, the trust established a ‘strategic estates partnership’ with Ryhurst, a property management company in a deal which could be worth up to £25M. It is planned to rationalise the existing 21 sites over which the trust operates and have some community care hubs. [26]

The Isle of Wight NHS was one of the areas selected to pilot Integrated primary and acute care systems under the Five Year Forward View in 2015. [27] The scheme was entitled "My Life a Full Life" and involved the Isle of Wight Council, the Clinical Commissioning Group and the local GP collaborative One Wight Health. [28] 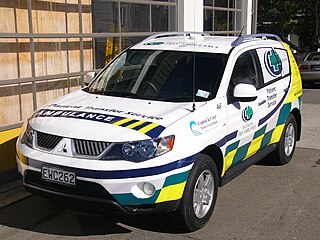 Patient transport is a service that transfers patients to and from medical facilities in non-emergency situations. 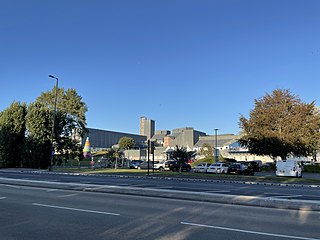 Portsmouth Hospitals University NHS Trust is an NHS trust which runs Queen Alexandra Hospital in Portsmouth, Hampshire, England. It is one of six centres used by the Defence Medical Services.

Healthcare in Devon was the responsibility of two clinical commissioning groups until July 2022, one covering Northern, Eastern and Western Devon, and one covering South Devon and Torbay. It was announced in November 2018 that the two were to merge.

Healthcare in Kent has, from 1 July 2022, been mainly the responsibility of the Kent & Medway Integrated Care Board. Certain specialised services are directly commissioned by NHS England, coordinated through the South East integrated regional team. Some NHS England structures are aligned on a Kent and Medway basis, others on a South East basis and there is liaison with London to provide many tertiary healthcare services.

Healthcare in Somerset, England was the responsibility of three clinical commissioning groups (CCGs) until July 2022. These covered the ceremonial county of Somerset, which comprises the areas governed by Somerset County Council and the unitary authorities of North Somerset and Bath and North East Somerset.

Healthcare in Sussex was the responsibility of seven Clinical Commissioning Groups covering: Brighton and Hove; Coastal West Sussex; Horsham and Mid Sussex; Crawley; Eastbourne Hailsham and Seaford; Hastings and Rother; High Weald; and Lewes-Havens from 2013 to 2020. From April 2020 they were merged into three covering East Sussex, West Sussex, and Brighton and Hove.

Healthcare in Cornwall, United Kingdom, was, until July 2022, the responsibility of Kernow clinical commissioning group, a National Health Service (NHS) organisation set up by the Health and Social Care Act 2012 to organise the delivery of NHS services in England. As far as the NHS is concerned, Cornwall includes the Isles of Scilly.

Healthcare in the West Midlands was, until July 2022, the responsibility of five clinical commissioning groups: Birmingham and Solihull, Sandwell and West Birmingham, Dudley, Wolverhampton, and Walsall.

Healthcare in Hampshire was the responsibility of six clinical commissioning groups until July 2022. These were based in Southampton, Portsmouth, North East Hampshire and Farnham, South Eastern Hampshire, West Hampshire, and North Hampshire. In 2018, the Hampshire and Isle of Wight Partnership of Clinical Commissioning Groups was set up. Maggie MacIsaac was Chief Executive.

Healthcare in Yorkshire from 2016 was the responsibility of 19 clinical commissioning groups, which were replaced by integrated care systems in July 2022.

Wikimedia Commons has media related to Isle of Wight NHS Trust .
This page is based on this Wikipedia article
Text is available under the CC BY-SA 4.0 license; additional terms may apply.
Images, videos and audio are available under their respective licenses.