The South East Coast Ambulance Service NHS Foundation Trust (SECAmb) is the NHS ambulance services trust for south-eastern England, covering Kent (including Medway), Surrey, West Sussex and East Sussex (including Brighton and Hove). It also covers a part of north-eastern Hampshire around Aldershot, Farnborough, Fleet and Yateley. The service was made an NHS foundation trust on 1 March 2011.

It is one of ten ambulance services trusts providing England with emergency medical services, and is part of the National Health Service, receiving direct government funding for its role.

Until March 2016, the chief executive of the trust was Paul Sutton, who was previously chief executive officer of Sussex Ambulance Service, and the trust's chair was Tony Thorne. On 14 March 2016, the BBC announced that Thorne had resigned, and that Sutton would be taking a leave of absence from the trust. [4] At the request of the health regulator for England, Monitor, Thorne was replaced by Sir Peter Dixon who acted as the trust's interim chair. [5] The current chair, David Astley was appointed in 2018. [6]

The trust responds to 999 calls from the public and urgent calls from health professionals: in Kent and Sussex, it also provides non-emergency patient transport services (pre-booked patient journeys to and from health care facilities). In addition, the trust provides the crews and maintains the three ambulances of the Neonatal Transfer Service for Kent, Surrey and Sussex.

It serves a population of around 4.5 million. During the financial year (2005–06) the three predecessor Trusts responded to about 460,000 emergency calls.

It provided paramedics to GP practices across the southeast to take on home visits for a pilot scheme until March 2017, when the scheme was suspended because of a shortage of paramedics. [7]

In January 2015, it was reported that the trust had told paramedics to leave patients at A&E departments if they had not been admitted within 45 minutes of arrival. [8] In March 2015, the trust's "immediate handover policy" which was invoked on 10 February 2015 for an hour (before being rescinded) was condemned by clinicians at Brighton and Sussex University Hospitals NHS Trust as "unsafe and likely to pose a notable increase to risk for patients in the emergency department". [9]

In November 2015, it emerged that the trust had set up a project which ran from December 2014 to February 2015, where calls were transferred from the NHS 111 system and an additional ten minutes was allocated to the response time, which is part of the nationally agreed operating standards. This delayed the dispatch of ambulances to up to 20,000 patients. [10] It was condemned by NHS England for putting the "public at risk" because there was "no evaluation built into its design". [11]

It was put into special measures in September 2016 after the Care Quality Commission rated it inadequate because of bullying, delayed response times and putting patients at risk. [12] A report produced by Professor Duncan Lewis from Plymouth University in August 2017 described a culture of bullying, harassment and sexual predation. [13]

SECAmb is under severe financial pressure and faces a £7.1 million deficit. Ambulance crews in the area will no longer be paid to interrupt meal breaks and attend to some types of emergencies. Patients with breathing problems, car crash victims, patients with chest pains, seizures or strokes, among others, face delayed response times. Critics fear this will put lives at risk and worsen outcomes for some surviving patients. Jon Ashworth blamed government financial pressure on the health service. Critics complain money is prioritized over patient care. [14]

In May 2018, the trust said it would need 400 more paramedics to meet the new ambulance performance standards. This could cost £20M a year. [16] In October the clinical commissioning groups (CCG) agreed to find an extra £10M a year for more ambulances and more staff, but the service still expected to need private ambulance services and staff overtime to meet its targets. [17]

It was taken out of special measures in August 2019 after favourable inspection reports, particularly that there was now an open culture where patients, families and staff could raise concerns without fear, [18] but it was banned by Ofsted from training new apprentices. [19]

The Sussex Partnership NHS Foundation Trust provides mental health and learning disability services to the people of Brighton & Hove, East Sussex and West Sussex. The trust also provide some community services in Hampshire for children and young people with mental health problem. They work in partnership with those who use their services, with their staff, with NHS and social care agencies and with the voluntary sector. 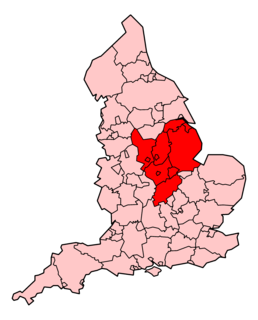 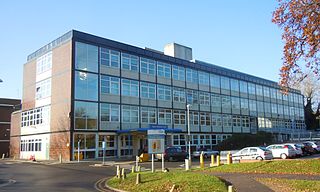 Crawley Hospital is a National Health Service hospital in Crawley, a town and borough in West Sussex, England. Since 2006 it has been part of the Sussex Community NHS Trust, which has overall management responsibility. Surrey and Sussex Healthcare NHS Trust also provides some services. The hospital is located in the West Green neighbourhood of Crawley, near the town centre.

Air Ambulance Kent Surrey Sussex (KSS) is an organisation providing emergency medical services through the provision of a helicopter air ambulance covering the four English counties of Kent, Surrey, East Sussex and West Sussex, which are served by the South East Coast Ambulance Service. The service is funded by the Kent, Surrey & Sussex Air Ambulance Trust which is a registered charity, raising money from public and private donations in excess of £15 million every year. The charity's aircraft are based and maintained at Redhill Aerodrome in Surrey. Its headquarters and forward operating base are at Rochester Airport in Kent.

Healthcare in Kent has, from 1 July 2022, been mainly the responsibility of the Kent & Medway Integrated Care Board. Certain specialised services are directly commissioned by NHS England, coordinated through the South East integrated regional team. Some NHS England structures are aligned on a Kent and Medway basis, others on a South East basis and there is liaison with London to provide many tertiary healthcare services.

Healthcare in Sussex was the responsibility of seven Clinical Commissioning Groups covering: Brighton and Hove; Coastal West Sussex; Horsham and Mid Sussex; Crawley; Eastbourne Hailsham and Seaford; Hastings and Rother; High Weald; and Lewes-Havens from 2013 to 2020. From April 2020 they were merged into three covering East Sussex, West Sussex, and Brighton and Hove.