Jalal Merhi is a Brazilian-born Canadian action film producer. [1] He was born in Brazil to Lebanese immigrant parents.

He started his film career by selling his jewellery business to start a film production company. He has produced and acted in numerous action films that can be considered martial arts B movies. Because of this he is known as "Beirut’s Steven Seagal." [2] [ dubious – discuss ] Merhi first studied Shotokan style of karate as youth later moving to tiger style Kung fu. He has sifu rank in kung fu and owns his own school in Canada. 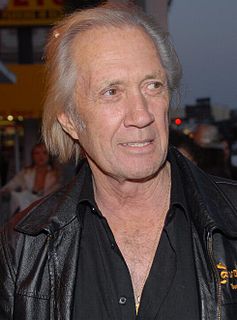 David Carradine was an American actor best known for playing martial arts roles. He is perhaps best known as the star of the 1970s television series Kung Fu, playing Kwai Chang Caine, a peace-loving Shaolin monk travelling through the American Old West. He also portrayed the title character in both of the Kill Bill films. He appeared in two Martin Scorsese films: Boxcar Bertha and Mean Streets. 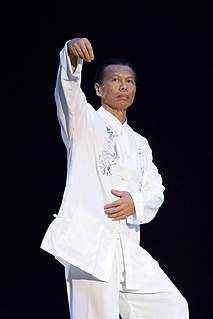 Cineplex Odeon Films was the film distribution unit of the Canadian cinema chain Cineplex Odeon Corporation. The company was originally named Pan-Canadian Film Distributors. In 1998, the company was sold off to Alliance Atlantis Communications, which eventually folded into Entertainment One.

The Young Master is a 1980 Hong Kong martial arts film starring and directed by Jackie Chan, who also wrote the screenplay with Edward Tang, Lau Tin-chi and Tung Lu. The film co-stars Yuen Biao, Fung Fung and Shih Kien. The film was released on 9 February 1980.

James Katsuyuki Taenaka, better known as Jimmy T, is an American film and television actor. He starred opposite the late Brandon Lee in Showdown in Little Tokyo (1991) as well as David Carradine and Daryl Hannah in Kung Fu Killer (2008).

Jimmy Lung Fong (龍方) was a Hong Kong actor, film director, and action choreographer. Lung was best known to moviegoers for his frequent portrayal of villains in various Hong Kong films, most notably in films made by Wong Jing. Lung retired from the film industry, and died from lung cancer in 2008. 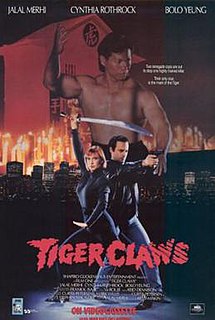 Carter Wong is a Chinese actor and martial artist, who is mainly known for roles in Kung Fu action movies. The biggest movies he was featured in are Big Trouble in Little China (1986), and Yong zheng ming zhang Shao Lin men (1977). As an actor, he contributed to more than seventy martial arts films. He also worked as a stuntman in films, and was the fighting instructor for the movie Rambo III. Wong is still active in martial arts.

Chui Chung-San was a Hong Kong actor, director, choreographer, martial artist and stuntman. He was known for being an action director and stuntman. Chui was known for films such as The Rebellious Reign, Kung Fu Vs. Yoga, Two Fists Against the Law and 7 Grandmasters; as well as other various Taiwanese television shows.