When he is not snowboarding, Anderson lives on a blueberry farm in Mont-Tremblant, Quebec. [2] Since 2007, Jasey-Jay is part of the Tremblant athletes ambassadors program.

Anderson is Canada's most decorated snowboarder having achieved a World Championship gold medal in all 3 slalom events over his career, and an Olympic gold medal in parallel giant slalom. In addition to being a 4 time world champion Anderson has achieved success across the board. Anderson won four consecutive overall FIS Snowboard World Cup titles from 2000 to 2004 and two world cup overall titles in snowboard cross in 2001–02 and 2005–06. These titles included 20 podiums in parallel giant slalom and 19 podiums in snowboard cross.

Anderson's best result in the Olympics prior to Vancouver 2010 was a 5th-place finish in snowboard cross in Turin. [3] Anderson finished 20th in the parallel giant slalom event at the 2006 Turin games. [4]

Anderson retired following the Vancouver 2010 Olympics but returned to snowboarding to compete in the Sochi 2014 Olympics, where he was the oldest competitor and ultimately finished in fourteenth position.

Canada competed at the 2006 Winter Olympics in Turin, Italy, with a team of 196 athletes and 220 support staff.

Spain competed at the 2006 Winter Olympics in Turin, Italy.

Karine Ruby was a French snowboarder and Olympic champion. She won two medals at the Winter Olympics, with a gold medal at the 1998 Winter Olympics in Nagano, and a silver medal at the 2002 Winter Olympics in Salt Lake City. She also earned six gold medals and four silver medals at the FIS Snowboard World Championships, and 67 wins and 122 podiums at the FIS Snowboard World Cup, which earned her the description by The New York Times as "the most decorated female snowboarder in the world".

Matthew Morison is a Canadian amateur Snowboarder who currently resides in Kamloops, British Columbia. Morison has qualified to compete at the 2010 Winter Olympics in Vancouver, British Columbia. Matthew, a native of Burketon, Ontario began snowboarding at the Oshawa Ski Club at a young age. By Age 11, Morison was already beating senior men in races. Matthew competes in Alpine disciplines, Parallel GS and Parallel Slalom. He attended Courtice Secondary School.

Michael Lambert is a Canadian snowboarder who currently resides in Toronto, Ontario. Michael competes in the Alpine disciplines, Parallel GS and Parallel Slalom. Lambert has been on the Canadian National Team since 2002 and is currently working with coaches Mark Fawcett and Sylvain Jean. He is also the Slap cup champion of Stoney island

Benjamin Martin Karl is an Austrian snowboarder with seven World Cup victories and one FIS World Ski Championships Victory. He competed for his nation in the 2010 Winter Olympics in Parallel Giant Slalom, coming in second to Jasey Jay Anderson.

Daniel Biveson is a Swedish snowboarder (Alpine). Biveson competes on the snowboard cross World Cup tour and has tallied 18 podium appearances and four World Cup wins. His first win was in 2001 in Ischgl, Austria. 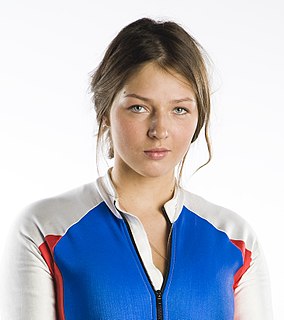 Mark Lee McMorris is a Canadian professional snowboarder who specializes in slopestyle and big air events. While filming for Transworld Snowboarding's "Park Sessions" video in March 2011, Mark became the first person to land a Backside Triple Cork 1440. More recently, on April 28, 2018, Mark landed the world first Double Cork off of a rail, the Front-Board Double Cork 1170 with melancholy grab. Mark has also left his mark at X-Games and other events. In 2012 and 2013, Mark won back-to-back gold medals in Winter X Games in the slopestyle event. He competed in the slopestyle event at the 2014 Winter Olympics in Sochi, where he won a bronze medal, Canada's first medal in those Games. At the 2018 Winter Olympics in PyeongChang, he won a bronze medal in the slopestyle event, only 11 months after a snowboarding accident with near-fatal internal injuries. He has also appeared in many videos for Transworld Snowboarding, Burton, Redbull, CBC, and Shredbots. 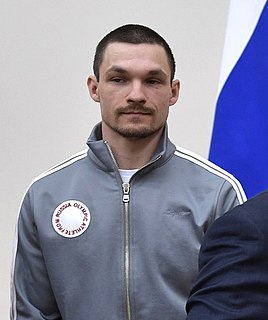 Julia Dujmovits is an Austrian snowboarder.

Ina Meschik is an Austrian alpine snowboarder. She represented her nation Austria in two editions of the Olympic Games, and eventually claimed a bronze medal in parallel giant slalom at the 2010 FIS Junior World Championships in Lake Wanaka, New Zealand and fourth-place finishes at the FIS World Cup series. Meschik is currently a member of ASKÖ Landskron Ski Club in Villach, under her personal coach Tom Weninger.

Aaron March is an Italian alpine snowboarder. He represented his nation Italy in two editions of the Olympic Games, and eventually claimed a silver medal in parallel giant slalom at the 2013 Winter Universiade in the Trentino and top ten finishes at the FIS World Cup series since his sporting debut in 2001.

Sylvain Dufour is a French alpine snowboarder. He claimed two silver medals each in giant slalom and slalom at the 2009 FIS Snowboarding World Championships in Gangwon, South Korea, and later represented his nation France in two editions of the Olympic Games. Dufour currently trains for Ski Club Sainte-Marie-aux-Mines under his personal coach and mentor Christophe Guinamard.

Darren Gardner is a Canadian snowboarder, competing in the discipline of parallel giant slalom.