Patterson Co-Op was built in 1952 and was merged with Stivers High School in the 1973–74 school year. [1] and was sometimes referred to as Stivers-Patterson at that point; prior to 1973 the school was most often called John H. Patterson Cooperative High School.

Patterson met three of the 12 state indicators for the 2005–2006 school year, earning it a rating of "Continuous Improvement" rating. [2] 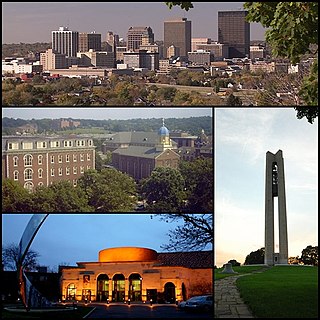 Dayton is the sixth-largest city in the state of Ohio and the county seat of Montgomery County. A small part of the city extends into Greene County. The 2020 U.S. census estimate put the city population at 137,644, while Greater Dayton was estimated to be at 814,049 residents. The Combined Statistical Area (CSA) was 1,086,512. This makes Dayton the fourth-largest metropolitan area in Ohio and 73rd in the United States. Dayton is within Ohio's Miami Valley region, 50 miles north of the Greater Cincinnati area. 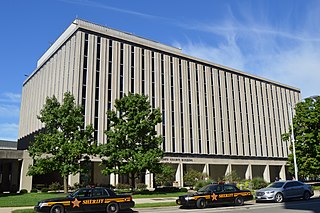 Montgomery County is located in the southwestern portion of the U.S. state of Ohio. As of the 2020 census, the population was 537,309, making it the fifth-most populous county in Ohio. The county seat is Dayton. The county was named in honor of Richard Montgomery, an American Revolutionary War general killed in 1775 while attempting to capture Quebec City, Canada. 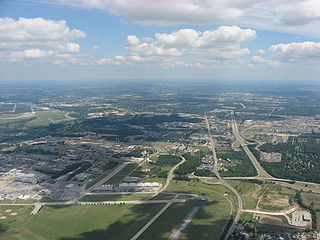 Fairborn is a city in Greene County, Ohio, United States. The population was 32,770 at the 2010 census. Fairborn is a suburb of Dayton, and part of the Dayton Metropolitan Statistical Area.

The University of Dayton (UD) is a private, Catholic research university in Dayton, Ohio. Founded in 1850 by the Society of Mary (Marianists), it is one of three Marianist universities in the nation and the second-largest private university in Ohio. The university's campus is in the city's southern portion and spans 388 acres on both sides of the Great Miami River. The campus is noted for the Immaculate Conception Chapel and the University of Dayton Arena.

Frank Nicholas Stanton was an American broadcasting executive who served as the president of CBS between 1946 and 1971 and then as vice chairman until 1973. He also served as the chairman of the Rand Corporation from 1961 until 1967.

Stivers School for the Arts is a magnet school in the Dayton City Schools in Dayton, Ohio, USA, in the St. Anne's Hill Historic District neighborhood. It is a public middle and high school that focuses on education in the visual and performing arts. U.S. News and World Report consistently ranks Stivers among America's best high schools. 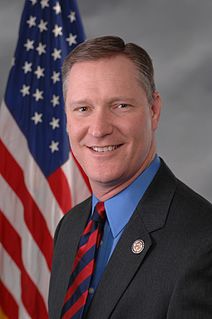 Steven Ernst Stivers is an American businessman and politician who was the U.S. representative for Ohio's 15th congressional district from 2011 until 2021. He is a member of the Republican Party, and became chair of the National Republican Congressional Committee in 2017. Stivers previously served in the Ohio Senate, representing the 15th district. He is a major general in the Ohio Army National Guard, serving as the Assistant Adjutant General, and served active duty in Iraq as a battalion commander until December 2005. On May 16, 2021, he resigned his seat to become the president and CEO of the Ohio Chamber of Commerce.

Beavercreek High School is the public high school in Beavercreek, Ohio. A member of the Beavercreek City School District, the high school has an enrollment of more than 2,300 students. The high school campus consists of Ferguson Hall, a free-standing building that houses the ninth grade, and the high school which accommodates the remaining grades 10–12. The principal is Dale Wren for the 2020-2021 school year and the school's mascot is the Battling Beaver.

Jane Addams Business Careers Center often referred to as J.A.B.C.C. is one of six Career and Technical speciality schools within Cleveland Metropolitan School District (CMSD). It is known throughout the city for its exceptional student-operated restaurant, The Executive Grill. Visitors from throughout the city rave about the entrees and desserts, with their creme brulee being a proclaimed "the best in the city". Students apply and must be selected to attend Jane Addams. The school is named after Jane Addams, the first American Woman to win the Nobel Peace Prize (1931).

Mentor High School is a public high school located in Mentor, Ohio, United States. It is the only high school in the Mentor Exempted Village School District. At one time, it was the largest high school in Ohio based on single building enrollment. For the 2008–2009 school year, it shifted from a three-year school to a four-year high school, serving approximately 2,700 students. Mentor High School educates students from Mentor, Mentor-on-the-Lake, and parts of Kirtland Hills and Concord Township in Lake County, Ohio. Both middle schools from the Mentor Exempted Village School district, Memorial Middle School, Shore Middle School, feed into Mentor High School. The third middle school, Ridge Middle School, closed before the 2018–2019 school year had commenced, and has since been repurposed as an elementary school.

Meadowdale High School is part of Dayton City Schools. Located in Harrison Township, near Dayton, Ohio, United States, it serves approximately 1000 students. The school mascot is the lion. The theme for Meadowdale is Cultural Studies. Meadowdale also has the International Baccalaureate program.

Charles Insco Williams was an artist and architect in Dayton, Ohio. 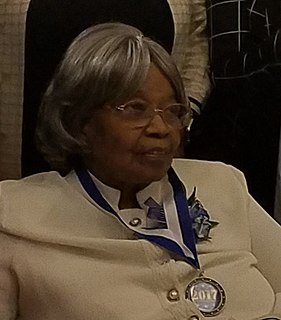 Phyllis Gaynell Bolds was an American physicist who worked for the United States Air Force Flight Dynamics Laboratory at Wright-Patterson Air Force Base.

James E. Morgan was an American basketball player and race horse trainer. He played college basketball for the Louisville Cardinals and won a National Invitation Tournament (NIT) championship in 1956. Morgan was selected by the Syracuse Nationals in the 1957 NBA draft but never played in the National Basketball Association (NBA). He was a high school teacher and basketball coach in Ohio before he became a horse trainer in the mid-1960s. Morgan was one of Ohio's leading horse trainers over a 40-year career. 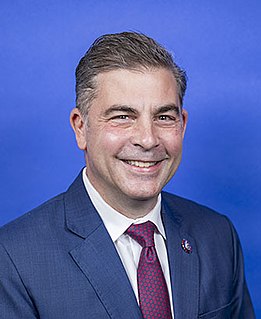 On May 16, 2021, Representative Steve Stivers resigned from his seat in the United States House of Representatives to become president and CEO of the Ohio Chamber of Commerce. Following Stivers' official communication of his intent to resign, Ohio Governor Mike DeWine announced that the special election to fill the remainder of his term would be held on November 2, 2021, with the primary election held on August 3, concurrent with the special election in Ohio's 11th congressional district. In the general election on November 2, Republican nominee Mike Carey defeated Democratic nominee Allison Russo by roughly 17 percentage points.