Journal Citation Reports (JCR) is an annual publication by Clarivate Analytics (previously the intellectual property of Thomson Reuters). It has been integrated with the Web of Science and is accessed from the Web of Science-Core Collections. It provides information about academic journals in the natural sciences and social sciences, including impact factors. The JCR was originally published as a part of Science Citation Index . Currently, the JCR, as a distinct service, is based on citations compiled from the Science Citation Index Expanded and the Social Sciences Citation Index . [1]

The information given for each journal includes:

The publication is available online (JCR on the Web), or in CD format (JCR on CD-ROM); it was originally published in print, with the detailed tables on microfiche.

As of 2020, Journal Citation Reports includes a beta for open access data which uses Unpaywall data. [3]

The Institute for Scientific Information (ISI) was an academic publishing service, founded by Eugene Garfield in Philadelphia in 1956. ISI offered scientometric and bibliographic database services. Its specialty was citation indexing and analysis, a field pioneered by Garfield.

The impact factor (IF) or journal impact factor (JIF) of an academic journal is a scientometric index calculated by Clarivate that reflects the yearly average number of citations of articles published in the last two years in a given journal. It is frequently used as a proxy for the relative importance of a journal within its field; journals with higher impact factor values are often deemed to be more important, or carry more intrinsic prestige in their respective fields, than those with lower values.

Scientometrics is the field of study which concerns itself with measuring and analysing scholarly literature. Scientometrics is a sub-field of bibliometrics. Major research issues include the measurement of the impact of research papers and academic journals, the understanding of scientific citations, and the use of such measurements in policy and management contexts. In practice there is a significant overlap between scientometrics and other scientific fields such as information systems, information science, science of science policy, sociology of science, and metascience. Critics have argued that over-reliance on scientometrics has created a system of perverse incentives, producing a publish or perish environment that leads to low quality research. 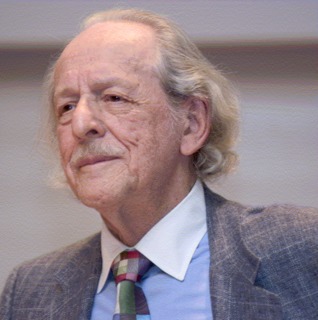 Eugene Eli Garfield was an American linguist and businessman, one of the founders of bibliometrics and scientometrics. He helped to create Current Contents, Science Citation Index (SCI), Journal Citation Reports, and Index Chemicus, among others, and founded the magazine The Scientist.

Citation impact is a measure of how many times an academic journal article or book or author is cited by other articles, books or authors. Citation counts are interpreted as measures of the impact or influence of academic work and have given rise to the field of bibliometrics or scientometrics, specializing in the study of patterns of academic impact through citation analysis. The journal impact factor, the two-year average ratio of citations to articles published, is a measure of the importance of journals. It is used by academic institutions in decisions about academic tenure, promotion and hiring, and hence also used by authors in deciding which journal to publish in. Citation-like measures are also used in other fields that do ranking, such as Google's PageRank algorithm, software metrics, college and university rankings, and business performance indicators.

The Journal of Biological Chemistry (JBC) is a weekly peer-reviewed scientific journal that was established in 1905. Since 1925, it is published by the American Society for Biochemistry and Molecular Biology. It covers research in areas of biochemistry and molecular biology. The editor-in-chief is Lila Gierasch. All its articles are available free after one year of publication. In press articles are available free on its website immediately after acceptance.

Personality and Individual Differences is a peer-reviewed academic journal published 16 times per year by Elsevier. It was established in 1980 by Pergamon Press and is the official journal of the International Society for the Study of Individual Differences. The editor-in-chief is Donald Saklofske. Previous editors include Philip A. Vernon and Sybil B. G. Eysenck. The founding editor was Hans Jürgen Eysenck.

NeuroImage is a peer-reviewed scientific journal covering research on neuroimaging, including functional neuroimaging and functional human brain mapping. The current Editor in Chief is Michael Breakspear. Abstracts from the annual meeting of the Organization for Human Brain Mapping have been published as supplements to the journal. Members of the Organization for Human Brain Mapping are eligible for reduced subscription rates. In 2012, Elsevier launched an online-only, open access sister journal to NeuroImage, entitled NeuroImage: Clinical.

The Science Citation Index (SCI) is a citation index originally produced by the Institute for Scientific Information (ISI) and created by Eugene Garfield. It was officially launched in 1964 and is now owned by Clarivate Analytics. The larger version covers more than 9,200 notable and significant journals, across 178 disciplines, from 1900 to the present. These are alternatively described as the world's leading journals of science and technology, because of a rigorous selection process.

Web of Science is a website that provides subscription-based access to multiple databases that provide comprehensive citation data for many different academic disciplines. It was originally produced by the Institute for Scientific Information (ISI) and is currently maintained by Clarivate Analytics.

Social Compass is a peer-reviewed academic journal that covers research in the field of sociology of religion. The journal's co-directors are Olivier Servais and Frédéric Laugrand. The current Editor is Carolina Sappia and the journal is published by SAGE Publications. 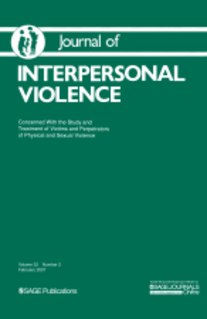 Internet Research (INTR) is a peer-reviewed academic journal, published by Emerald Publishing. It aims to describe, assess and foster understanding of the role of wide-area, multi-purpose computer networks such as the Internet.

Sustainability is an international, cross-disciplinary, scholarly, peer-reviewed and open access journal of environmental, cultural, economic, and social sustainability of human beings. It provides an advanced forum for studies related to sustainability and sustainable development, and is published semi-monthly online by MDPI. The journal is listed in DOAJ.

CiteScore (CS) of an academic journal is a measure reflecting the yearly average number of citations to recent articles published in that journal. This journal evaluation metric was launched in December 2016 by Elsevier as an alternative to the generally used JCR impact factors. CiteScore is based on the citations recorded in the Scopus database rather than in JCR, and those citations are collected for articles published in the preceding four years instead of two or five.

The ASCE-ASME Journal of Risk and Uncertainty in Engineering Systems is a peer-reviewed scientific journal established in 2014 by the American Society of Civil Engineers (ASCE) and the American Society of Mechanical Engineers (ASME). It disseminates research findings, best practices concerns, and discussions and debates on risk- and uncertainty-related issues in the areas of civil and mechanical engineering and related fields.

Clarivate is a company formed in 2016, following the acquisition of Thomson Reuters' Intellectual Property and Science Business by Onex Corporation and Baring Private Equity Asia. On May 13, 2019, Clarivate merged with Churchill Capital Corp and was publicly listed on the New York Stock Exchange with ticker symbol CCC. In an effort to improve its brand recognition, the company announced it would transition its stock symbol to NYSE:CLVT beginning February 1, 2021.