Journal of the American Statistical Association

As a statistics journal it publishes articles primarily focused on the application of statistics, statistical theory and methods in economic, social, physical, engineering, and health sciences. The journal also includes reviews of academic books which are important to the advancement of the field. [1]

It had an impact factor of 2.063 in 2010, tenth highest in the "Statistics and Probability" category of Journal Citation Reports . [2]

In a 2003 survey of statisticians, the Journal of the American Statistical Association was ranked first, among all journals, for "Applications of Statistics" and second (after Annals of Statistics ) for "Mathematical Statistics". [3]

The American Statistical Association (ASA) is the main professional organization for statisticians and related professionals in the United States. It was founded in Boston, Massachusetts on November 27, 1839, and is the second oldest continuously operating professional society in the US. The ASA services statisticians, quantitative scientists, and users of statistics across many academic areas and applications. The association publishes a variety of journals and sponsors several international conferences every year.

Jessica Utts is a parapsychologist and statistics professor at the University of California, Irvine. She is known for her textbooks on statistics and her investigation into remote viewing. 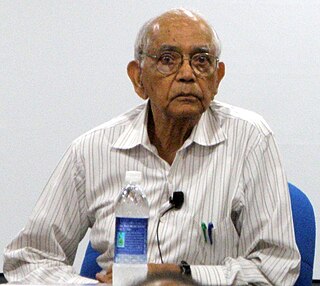 Technometrics is a journal of statistics for the physical, chemical, and engineering sciences, published quarterly since 1959 by the American Society for Quality and the American Statistical Association.

Shlomo S. Sawilowsky was professor of educational statistics and Distinguished Faculty Fellow at Wayne State University in Detroit, Michigan, where he has received teaching, mentoring, and research awards. 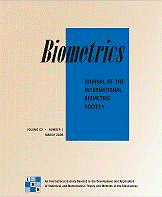 Biometrics is a journal that publishes articles on the application of statistics and mathematics to the biological sciences. It is published by the International Biometric Society (IBS). Originally published in 1945 under the title Biometrics Bulletin, the journal adopted the shorter title in 1947. A notable contributor to the journal was R.A. Fisher, for whom a memorial edition was published in 1964. In a survey of statistics researchers' opinions, it was ranked fifth overall among 40 statistics journals, and it was second only to the Journal of the American Statistical Association in the ranking provided by biometrics specialists.

The American Statistician is a quarterly peer-reviewed scientific journal covering statistics published by Taylor & Francis on behalf of the American Statistical Association. It was established in 1947. The editor-in-chief is Daniel R. Jeske, a professor at the University of California, Riverside.

Statistics is the theory and application of mathematics to the scientific method including hypothesis generation, experimental design, sampling, data collection, data summarization, estimation, prediction and inference from those results to the population from which the experimental sample was drawn. This article lists statisticians who have been instrumental in the development of theoretical and applied statistics. 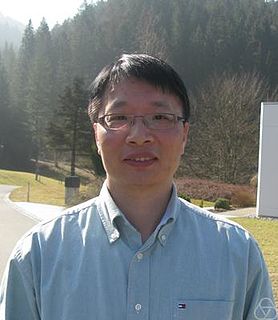 Tianwen Tony Cai is a Chinese statistician. He is the Daniel H. Silberberg Professor of Statistics and Vice Dean at the Wharton School of the University of Pennsylvania. He is also professor of Applied Math & Computational Science Graduate Group, and associate scholar at the Department of Biostatistics, Epidemiology & Informatics, Perelman School of Medicine, University of Pennsylvania. In 2008 Tony Cai was awarded the COPSS Presidents' Award.

Statistics education is the practice of teaching and learning of statistics, along with the associated scholarly research.

Robert Vincent ("Bob") Hogg was an American statistician and professor of statistics of the University of Iowa. Hogg is known for his widely used textbooks on statistics and on mathematical statistics. Hogg has received recognition for his research on robust and adaptive nonparametric statistics and for his scholarship on total quality management and statistics education.

Raymond James Carroll is an American statistician, and Distinguished Professor of statistics, nutrition and toxicology at Texas A&M University. He is a recipient of 1988 COPSS Presidents' Award and 2002 R. A. Fisher Lectureship. He has made fundamental contributions to measurement error model, nonparametric and semiparametric modeling.

Nalini Ravishanker is an Indian statistician interested in time series analysis and in applications of statistics to actuarial science, business, and transportation. She is a professor of statistics at the University of Connecticut, co-editor-in-chief of International Statistical Review, and president of the International Society for Business and Industrial Statistics for 2015–2017.

Montserrat (Montse) Fuentes is a Spanish statistician and academic administrator, the president-elect of St. Edward's University in Austin, Texas. She is also the Coordinating Editor and Applications and Case Studies Editor for the Journal of the American Statistical Association. In her research, she applies spatial analysis to atmospheric science.

Jennifer Ann Hoeting is an American statistician known for her work with Adrian Raftery, David Madigan, and others on Bayesian model averaging. She is a professor of statistics at Colorado State University, and executive editor of the open-access journal Advances in Statistical Climatology, Meteorology and Oceanography, published by Copernicus Publications. With Geof H. Givens, a colleague at Colorado State, she is the author of Computational Statistics, a graduate textbook on computational methods in statistics.