Khawaja Ahmad Tariq Rahim is a Pakistani politician who has served as the Governor of Punjab, Pakistan. [1] Previously, he also had been the Federal Minister. [2]

Aitchison College is an independent, semi-private boys school for boarding and day students from grade 1–13. The school is located in Lahore, Pakistan. Established in 1886 as Aitchison College, it has a tradition of providing an education that uses academics, sports, and co-curricular activities as tools for character development. The school follows a curriculum designed to culminate in the International General Certificate of Education and AS Level/A Level qualifications and is geared towards preparing students for university education.The institute is one of only two Cambridge Examination Centres situated in a schools, also being a member of G20 Schools of the World. 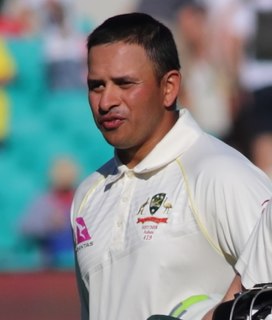 Usman Tariq Khawaja is an Australian cricketer who currently represents Australia and Queensland. Khawaja made his first-class cricket debut for New South Wales in 2008 and played his first international match for Australia in January 2011. Khawaja has also played county cricket for Derbyshire, Glamorgan and Lancashire, and Twenty20 cricket in the Indian Premier League for the now defunct Rising Pune Supergiant franchise.

Mehr Abdul Haq was a linguist from Pakistan. He was born in Layyah, British India in 1915.

Khawaja Muhammad Safdar Medical College is a public sector Medical College in Sialkot, Pakistan. It is established on the initiative of CM Shehbaz Sharif to give quality education in the region of Punjab and especially in Sialkot. It was named after Khawaja Muhammad Safdar, father of current political leader of Pakistan Muslim League (N) in 2017, Khawaja Muhammad Asif. It was established in 2008 with a sanction of PKR 450 million. Affiliated Hospitals include Allama Iqbal Memorial Hospital, Sialkot(400 Beds) and Sardar Begum Memorial Hospital, Sialkot(240) beds. The College is recognised by the Pakistan Medical and Dental Council (PMDC). and is listed by the Foundation for Advancement of International Medical Education and Research. 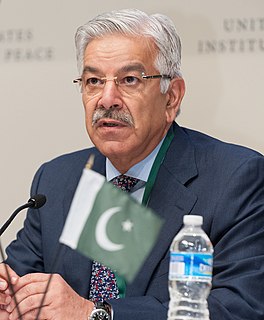 Jawwad S. Khawaja is a Pakistani jurist, and former professor of law at the Lahore University of Management Sciences, who served as the 23rd Chief Justice of Pakistan. He was nominated for the position by Prime Minister Nawaz Sharif on 17 August 2015, and approved to take office by President Mamnoon Hussain on the same day.

Pakistani Bengalis are Pakistani citizens of Bengali heritage, who had lived in either West Pakistan or East Pakistan prior to 1971 or who migrated from Bangladesh after 1971; although according to social activists in Pakistan, economic migrants have mostly moved out because it is no longer profitable to work and earn in Pakistan due to the Pakistani rupee being weaker than the Bangladeshi taka. Most Pakistani Bengalis, are bilingual speaking both Urdu and Bengali and are mainly settled in Karachi. Bengalis that arrived in Pakistan before 1971 have now assimilated with the Urdu-speaking people in Karachi. 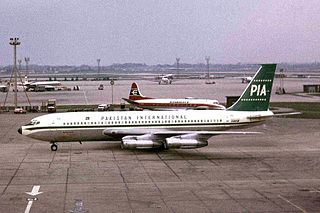 In March 1981, Al-Zulfiqar led by Murtaza Bhutto hijacked a Pakistan International Airlines flight en route to Peshawar from Karachi, and diverted it to Kabul. The hijacking went on for thirteen days, during which Major Tariq Rahim was shot to death; the hijackers mistakenly believed Rahim to be the son of General Rahimuddin Khan. Tariq Rahim has been ADC with Mr. Bhutto and has been transferred to Foreign Service on the reference of Mr. Bhutto. He was very well known to the Bhutto Family but Murtaza felt he had deceived his father. Rahim was executed following Murtaza Bhutto's conferring with KHAD chief Mohammad Najibullah. The execution forced the Zia-ul-Haq regime to accept the demands of the hijackers, releasing dozens of Pakistan Peoples Party and other leftist political prisoners languishing in Pakistani jails. Major Tariq Rahim's body was thrown from the plane on the tarmac where he bled to death.

Chand Bagh School is an independent boarding school for boys at Muridke in Sheikhupura District, Punjab, Pakistan, approximately 40 km north of Lahore. The school opened in September 1998, having been conceived as a Pakistani version of The Doon School of India. The name "Chand Bagh" refers to the Doon School's estate at Dehradun, India.

NA-52 (Islamabad-I) is a constituency for the National Assembly of Pakistan. 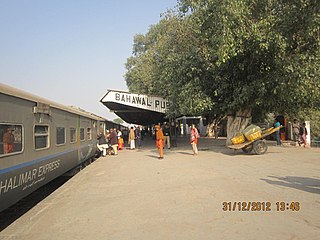 Bahawalpur Railway Station is located in Bahawalpur city, Bahawalpur district, Punjab province, Pakistan at the elevation of 385 ft. It is a major railway station of Pakistan Railways on Karachi-Peshawar main line.

Grade 22 is the highest attainable rank and pay scale for a civil servant in Pakistan. Grade 22 is equal to a three-star rank of the Pakistan Armed Forces. With over five thousand civil servants and bureaucrats in Pakistan, only a few dozen officers serve in BPS-22 grade at a given time. Hence, not even 1% of the country's civil servants make it to the highest basic pay scale of grade 22. Officers serving in BPS-22 grade are largely considered to be one of the most influential individuals in the country.