Muhammad Hanif Ramay (Urdu : محمد حنیف رامے‎; 1930–2006) was an internationally renowned intellectual, painter, journalist and former Governor and Chief Minister of Punjab, and he was among the founding fathers of the Pakistan Peoples Party (PPP). He was also speaker of Punjab Assembly from October 1993 to November 1996.

Hanif Ramay was born in Shimla in 1930 in Arain Family. After completing B.A. honors degree from Government College Lahore (most prestigious educational institute in Lahore), later he did his Masters in Economics and Philosophy as well from Punjab University.

Ramay had an interest in politics from his college years in Lahore; he held various leadership positions in the local political scene of Lahore.

Hanif Ramay was elected member provincial assembly on PPP ticket in 1970. He was Punjab finance minister from 1972–73, Punjab governor from February 1973 to March 1974 and was appointed chief minister of Punjab from 15 March 1974 to 15 July 1975. Later on, he developed differences with Zulfikar Ali Bhutto and thus was forced to resign form his position, and later imprisoned as a result of a malicious prosecution. During the same time frame he founded the left-wing newspaper Masawaat.

In a self-imposed exile to evade prosecution from the military dictatorship, Hanif left for the U.S., in the late 1970s. Hanif Ramay was associated with the University of California, Berkeley in Northern California from 1980 to 1983. After the demise of his first wife (Ms. Shaheen), he married an American woman in 1992, then Joyce Murad, a widow of his close friend, and lived with her in Fort Myers, Florida (USA) for several years. Hanif was the author of many best selling Urdu and English books in Pakistan and abroad, the most famous book he ever wrote was titled Punjab ka Muqadma (Punjab's Trial).

After deciding to re-enter politics in Pakistan in early 1990s, he contested in the general election from Lahore on PPP ticket, and thus after winning he was selected as the Speaker of Punjab Assembly in 1993, and he remained in that position until 1996.

Ramay died on 1 January 2006 in Lahore after a prolonged illness resulting out of an accidental fall he took at his home. [1]

Mian Manzoor Ahmad Wattoo, is a Pakistani politician. Wattoo was first elected, in 1985, the Speaker of Provincial Assembly of the Punjab, which, by population, is the largest province of Pakistan. Thrice elected for the same office, he secured the office of the Chief Minister of Punjab, Pakistan in 1993 on the ticket of Pakistan Muslim League (J), after a series of tug of war between the federal and provincial government Wattoo twice had to leave office between his term only to leave office permanently on 16 November 1996. Wattoo formed the Pakistan Muslim League (Jinnah) in 1995 when he parted away from his prior party, but the party-PML (Jinnah), was unable to hold significant influence in national politics.

Mian Muhammad Shehbaz Sharif is a Pakistani politician who is the current Leader of the Opposition in the National Assembly of Pakistan, in office since 20 August 2018. He has been a member of the National Assembly since 13 August 2018 and is the current President of the Pakistan Muslim League-N. Previously, he has served as the Chief Minister of Punjab three times in his political career making him the longest serving Chief Minister of Punjab.

Chaudhry Hamid Nasir Chattha is a politician from Wazirabad, Punjab, Pakistan. He was born on November 15, 1944 at Lahore. Hamid Nasir Chattha is currently a Member of Punjab Assembly, Pakistan after losing in 2008 National Assembly elections. He was previously elected as an MNA in 1985, 1990, 1993, and 2002 from his constituency of Gujranwala. Married, he is the father of two sons and two daughters.

Malik Meraj Khalid, was a Pakistani left wing statesman and Marxist philosopher who served as Prime Minister of Pakistan in an acting capacity from November 1996 until February 1997. He was noted as being one of the original philosopher and founding personality of the Pakistan Peoples Party (PPP).

Honourable Justice Khalil-ur-Rehman Ramday was an ad hoc judge later appointed as a permanent judge of the Supreme Court of Pakistan. He remained permanent judge of Supreme Court from 2002 to 2010. He was born in Lahore on 13 January 1945. His late brother Chaudhary Muhammad Farooq had served as the Attorney General of Pakistan. His younger brother Chaudhary Asad-ur-Rehman, a politician, was elected as a Member of the National Assembly three times on a Pakistan Muslim League (Nawaz) (PML-N) ticket and served as a Federal minister as well. 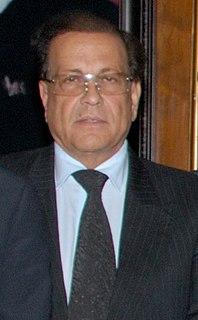 Salman Taseer was a Pakistani businessman and a liberal politician, who served as the 26th Governor of Punjab from 2008 until his assassination in 2011. 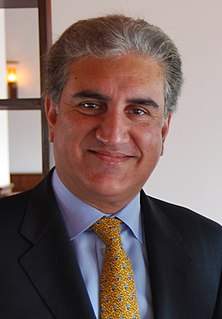 Makhdoom Shah Mahmood Hussain Qureshi is a Pakistani politician who is the current Minister of Foreign Affairs since 20 August 2018. He has been a Member of the Pakistani Parliament in the National Assembly since August 2018 and the Vice Chairman of the Pakistan Tehreek-e-Insaf political party since December 2011. He is also the current sajjada nashin of Bahauddin Zikriya and Shah Rukn-e-Alam shrines.

Ramay as Surname/Subcaste by member of the community. They live all over the world and in Pakistan in Large Numbers and now some have migrated to Europe and North America. Some also live in Canada and are famously known for being descendants of King Porus. They have conquered the city of Sahiwal in modern day Pakistan and many are famous for playing ultimate frisbee. Ramay is a most superior gotra of Arain Caste in Pakistan..

The Arain of Delhi are an Urdu speaking muslim community found in Delhi, India. They claim their descendant from the Arain community of Punjab and Sindh, however, this claim needs further verification through the annals of history as most of the Punjabi speaking Arain consider themselves the descendant of Arab Generals who conquered Sindh after the fall of Raja Dahir. The Rayeen community of Uttar Pradesh also claim common ancestry with this community. They are also known as Choudhry, Mian and Malik.

Basit Jehangir Sheikh was a Pakistani politician who served as the First District President PPP, District Kasur. He was an active leader in politics. He was one of the youngest founding member Pakistan Peoples Party of Zulfiqar Ali Bhutto.

Chaudhry Altaf Hussain was a Pakistani politician who served as the 19th Governor of Punjab, Pakistan in 1993 and again from 1994 and 1995. Previously, he had been member of the National Assembly of Pakistan from 1956 to 1958 and again from 1990 to 1993. He was then appointed as governor which he served for three years.

Malik Ghulam Mustafa Khar is a Pakistani politician and landlord who had served the Chief Minister of Punjab and Governor of Punjab.

Zafar Iqbal is an Urdu poet based in Okara, Punjab, Pakistan.