Kin Canada is an organization whose members comprise Kinsmen, Kinette and Kin Clubs (service clubs) located in Canada. Membership is open to all persons regardless of race, colour, or creed.

In 1920, Harold A. Rogers, known in Kin Canada circles as "Founder Hal", founded the first Kinsmen club in Hamilton, Ontario. Rogers, a 21-year-old, had just returned from World War I and his father, a well-known Rotarian, encouraged him to join the Rotary Club. Rogers was rejected because the Rotary Club would not allow two members from the same business establishment. Not a person to be outdone, Rogers decided to create a new club. As a result of his initiative, a small group of like-minded men gathered for a dinner meeting on February 20, 1920 and formed what became known as the Kinsmen Club of Hamilton – Canada's first Kinsmen Club.

Clubs independently determine what needs in their community they would like to assist with and often partner with municipalities and/or local non-profit organizations to meet those needs. The projects vary from clubs to club, but some examples include:

Since the Association's founding, clubs have raised over $1 billion for Canadian communities. Together, the clubs raised CAD $20 million and volunteered over 500,000 hours in the 2018–2019 Kin year.

Since 1964, Kin Canada has supported Cystic Fibrosis Canada, often raising over CAD $1 million a year for cystic fibrosis (CF) research and treatment. To date, Kin have raised more than $47 million for CF. This makes Kin the country's largest single fundraiser for cystic fibrosis.

The Kin Canada Foundation is an incorporated and federally chartered charitable organization established in 2005 to help Kin Canada achieve the objective of "Serving the Community’s Greatest Need". The Foundation's primary goal is to work hand-in-hand with Kin Canada to help resource and develop many of the programs provided for the benefit of the members across Canada.

Kin Canada established a national partnership with Canadian Blood Services in 2014, however Kin clubs have been involved with blood donation in various ways over the decades. Since 2014 Kin members have donated over 4000 units of blood.

The Kin Organ Donor Awareness Campaign (Kin-ODAC) was established in 2001 at National Convention to improve awareness and education about the importance of organ donation across Canada.

The first telethon, in 1977, raised more than CAD $1 million, which at the time was considered a record for per capita telethon fund-raising in a 20-hour period (the province had a population of only about 1 million people at the time). The telethon passed the $2 million mark for the first time in 1983. And in recent years, the telethon has routinely raised between $3.0 and $5.0 million each year. 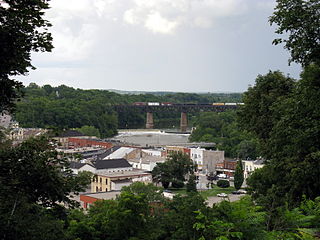 The County of Brant is a single-tier municipality in the Canadian province of Ontario. Despite its name, it is no longer a county by definition, as all municipal services are handled by a single level of government. The county has service offices in Burford, Paris, Oakland, Onondaga and St. George.

CKCK-DT, virtual channel 2.1, is a CTV owned-and-operated television station licensed to Regina, Saskatchewan, Canada. The station is owned by the Bell Media subsidiary of BCE Inc. CKCK-DT's studios and transmitter are located on Eastgate Drive and Highway 1, just east of Regina proper.

CFQC-DT, virtual and VHF digital channel 8, is a CTV owned-and-operated television station licensed to Saskatoon, Saskatchewan, Canada. The station is owned by the Bell Media subsidiary of BCE Inc. CFQC-DT's studios are located on 1st Avenue North and 23rd Street East in the Central Business District neighbourhood, and its transmitter is located near Highway 41 and Burgheim Road, northeast of Saskatoon. The station also operates analogue rebroadcast transmitters in Stranraer and North Battleford.

A kinsman is a male relative.

The Cystic Fibrosis Trust, is a UK-based national charity founded in 1964, dealing with all aspects of cystic fibrosis (CF). It funds research to treat and cure CF and aims to ensure appropriate clinical care and support for people with cystic fibrosis.

Rogers TV is a group of English-language community channels owned by Rogers Communications. Many of these channels share common programs. Rogers TV broadcasts in the Canadian provinces of New Brunswick, Newfoundland and Labrador and Ontario. Rogers TV is available only in communities served by Rogers' cable and telecom division, and is not carried by other television service providers. Its French counterpart is TV Rogers.

The Orders, decorations, and medals of the Canadian provinces, in which each province of Canada has devised a system of orders and awards to honour residents for actions or deeds that benefit their local community or province, are in turn subsumed within the Canadian honours system. Each province sets their own rules and criteria on eligibility and also how each medal is awarded and presented. Most of the orders allow for the recipient to wear their orders in public, and most grant the recipients the use of post-nominal letters in their names. Not all of the medals listed below are part of the Canadian Honours System and therefore cannot be worn or court mounted with Orders, Decorations, and Medals of the Canadian Honours System.

The Cystic Fibrosis Foundation (CFF) is a 501(c)(3) non-profit organization in the United States established to provide the means to cure cystic fibrosis (CF) and ensure that those living with CF live long and productive lives. The Foundation provides information about cystic fibrosis and finances CF research that aims to improve the quality of life for people with the disease. The Foundation also engages in legislative lobbying for cystic fibrosis.

Gerry Rogers is a Canadian politician, a former leader of the Newfoundland and Labrador New Democratic Party (2018-2019), and documentary filmmaker. She served in the Newfoundland and Labrador House of Assembly as NDP MHA for the electoral district of St. John’s Centre from 2011 to 2019. She became the party's leader after winning the April 2018 leadership election. She resigned as party leader prior to the 2019 provincial election.

Harold Allin Rogers, OC, OBE was the founder of Kin Canada. He is known by Kinsmen and Kinettes as Founder Hal.

Cystic Fibrosis Canada is a national charitable not-for-profit corporation established in 1960, and is one of the world’s top three charitable organizations committed to finding a cure for cystic fibrosis (CF).

Andrew Parsons, QC is a Canadian politician and Lawyer, who was elected to the Newfoundland and Labrador House of Assembly in the 2011 provincial election.

Jeffery Straker is a Canadian folk/roots singer-songwriter, who is based in Toronto, Ontario and Regina, Saskatchewan. His piano-based pop musical style has drawn comparisons to Elton John, Neil Young, Rufus Wainwright, and Kris Kristofferson 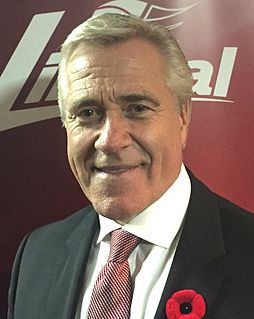