The name of the festival comes from King Biscuit Time , which was the longest running radio show. Sonny Boy Williamson II and other musicians played live on KFFA every weekday, pausing for King Biscuit flour commercials and announcements of their next night time performances. Jim O'Neal, the editor of Living Blues magazine at the time and an authority on blues history, said, "The King Biscuit hour was the thing that really crystallized blues music in this area. Muddy Waters and B.B. King would come home from working in the fields every day just to listen to the King Biscuit hour. The festival was temporarily renamed Arkansas Blues and Heritage Festival from 2005 to 2010 due to problems arising out of rights of the name. [2]

King Biscuit Time is the longest-running daily American radio broadcast in history. The program is broadcast each weekday from KFFA in Helena, Arkansas, United States, and has won the George Foster Peabody Award for broadcasting excellence. In 2018, certain selections of King Biscuit Time from 1965 were selected for preservation in the National Recording Registry by the Library of Congress as being "culturally, historically, or artistically significant."

Living Blues: The Magazine of the African American Blues Tradition is a bi-monthly magazine focused on blues music, and America's oldest blues periodical. The magazine was founded as a quarterly in Chicago in 1970 by Jim O'Neal and Amy van Singel as editors, and five others as writers. Among them were Bruce Iglauer and Paul Garon. They sold the first copies at the 1970 Ann Arbor Blues Festival.

The festival was started in 1986 under the guidance of the "Main Street Helena" organization, which is part of the "Main Street, USA" program. Its purpose was to revitalize the downtown area of the Mississippi River port city. Lonnie Shields appeared at the inaugural festival. [3]

Lonnie Shields is an American electric blues singer, songwriter, and guitarist. His primary influence was B.B. King. He has released six albums to date, and one publication described his music as "bewitching, funk-influenced variations on the oldest country blues". 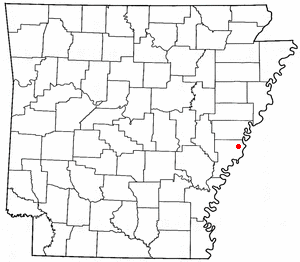 West Helena is the western portion of Helena-West Helena, Arkansas, a city in Phillips County, Arkansas, United States. As of the 2000 census, this portion of the city population was 8,689. 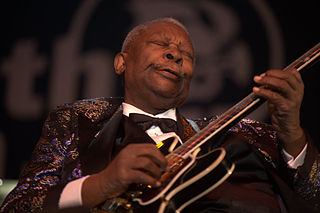 Riley B. King, known professionally as B.B. King, was an American singer-songwriter, guitarist, and record producer. King introduced a sophisticated style of soloing based on fluid string bending and shimmering vibrato that influenced many later electric blues guitarists. 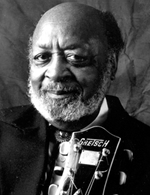 Robert Lockwood Jr. was an American Delta blues guitarist, who recorded for Chess Records and other Chicago labels in the 1950s and 1960s. He was the only guitarist to have learned to play directly from Robert Johnson. Lockwood is known for his longtime collaboration with Sonny Boy Williamson II and for his work in the mid-1950s with Little Walter.

The Delta Cultural Center in downtown Helena, Arkansas, is a cultural center and museum of the Department of Arkansas Heritage. It is dedicated to preserving and interpreting the culture of the Arkansas Delta. 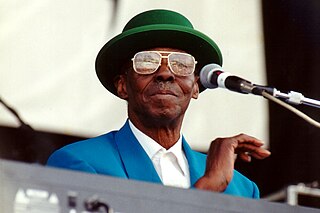 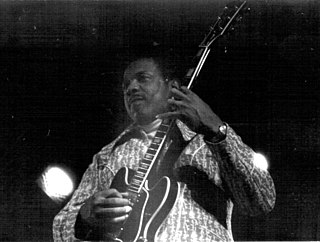 Lonnie Brooks was an American blues singer and guitarist. The musicologist Robert Palmer, writing in Rolling Stone, stated, "His music is witty, soulful and ferociously energetic, brimming with novel harmonic turnarounds, committed vocals and simply astonishing guitar work." Jon Pareles, a music critic for the New York Times, wrote, "He sings in a rowdy baritone, sliding and rasping in songs that celebrate lust, fulfilled and unfulfilled; his guitar solos are pointed and unhurried, with a tone that slices cleanly across the beat. Wearing a cowboy hat, he looks like the embodiment of a good-time bluesman." Howard Reich, a music critic for the Chicago Tribune, wrote, "...the music that thundered from Brooks' instrument and voice...shook the room. His sound was so huge and delivery so ferocious as to make everything alongside him seem a little smaller." 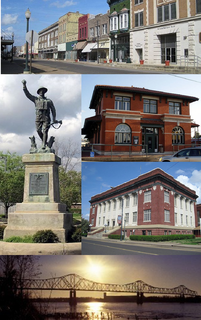 Helena–West Helena is the county seat of and the largest city within Phillips County, Arkansas, United States. The current city was consolidated, effective January 1, 2006, from the two Arkansas cities of Helena and West Helena. Helena is sited on lowlands between the Mississippi River and the eastern side of Crowley's Ridge. West Helena is located on the western side of Crowley's Ridge, a geographic anomaly in the typically flat Arkansas Delta. The Helena Bridge, one of Arkansas' four Mississippi River bridges, carries U.S. Route 49 across to Mississippi. The combined population of the two cities was 15,012 at the 2000 census and at the 2010 census, the official population was 12,282.

KFFA is an American radio station licensed by the FCC to serve the community of Helena, Arkansas. The station is owned by Monte Spearman and Gentry Todd Spearman, through licensee High Plains Radio Network, LLC. 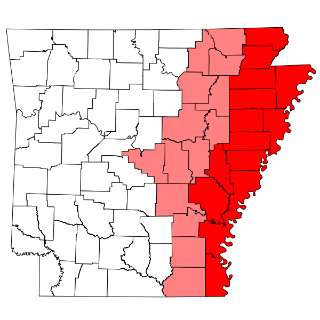 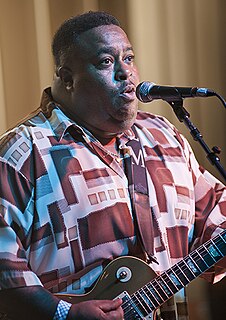 Larry McCray is an American blues guitarist and singer.

John William Payne, better known as "Sunshine" Sonny Payne, was an American radio presenter, who had presented blues music as the host of the King Biscuit Time radio show on KFFA in Helena, Arkansas from 1951 until his death. In 2010 he was nominated for induction into the Blues Hall of Fame.

The Cherry Street Historic District is a historic neighborhood, commercial, and entertainment district serving as the downtown of Helena, Arkansas. Cherry Street is located between Elm Street and the nearby Phillips County Courthouse to the north, and Porter Street to the south. The history of Cherry Street is tied to the blues heritage of the area beginning in the 1940s.

Briggs Farm Blues Festival is an annual event that takes place near Hazleton, Pennsylvania in the town of Nescopeck, Nescopeck Township, Luzerne County, Pennsylvania since the summer of 1998. The festival is hosted every July on the farmland owned by the Briggs family.