Alan Ferguson Rodger, Baron Rodger of Earlsferry was a Scottish academic, lawyer, and Justice of the Supreme Court of the United Kingdom.

J. E. Michel Bastarache is a Canadian lawyer, businessman, and retired puisne justice on the Supreme Court of Canada. 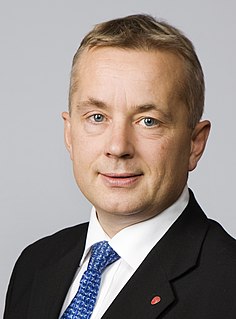 Knut Storberget is a Norwegian lawyer and politician for the Labour Party. He served as Minister of Justice under Jens Stoltenberg from 2005-2011. He is currently serving as Governor of Innlandet since 2019.

Hans Hagerup Falbe was a Norwegian lawyer, judge and government official. He served as a member of the Norwegian Council of State Department in Stockholm .

Mona Scobie Røkke was a Norwegian and politician for the Conservative Party. She was the Minister of Justice from 1981 to 1985.

Cancio C. Garcia was a Filipino lawyer and jurist who served as an Associate Justice of the Supreme Court of the Philippines. He was appointed to the Court on October 6, 2004 by President Gloria Macapagal-Arroyo and retired on October 19, 2007.

Sean Connelly is an American attorney and former judge on the Colorado Court of Appeals. He is a former member of the U.S. Department of Justice trial team and the lead appellate prosecutor in the Oklahoma City bombing cases. He was appointed by then Colorado Governor Bill Ritter to the Colorado Court of Appeals in 2008 and did not seek retention of his appointment in 2011 and returned to private practice.

Knut Blom was a Norwegian judge. He served as a Supreme Court Justice from 1968 to 1986. 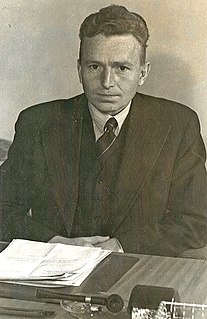 Per Erik Bergsjø is a Norwegian lawyer and judge.

Scott Jackson Crichton is a justice of the Louisiana Supreme Court. He was a judge of the Louisiana 1st Judicial District Court in Shreveport from 1991 to 2014. Crichton was elected to the district court in 1990 as a Democrat. In 2014, he ran without opposition to succeed the retiring Justice Jeffrey P. Victory for the District 2 seat on the seven-member state Supreme Court. The nonpartisan blanket primary for the position was held on November 4, 2014 in eleven northwest Louisiana parishes.

Trygve Lange-Nielsen was a Norwegian barrister and judge.