Wenche Elizabeth Arntzen (born 26 June 1959) is a Norwegian lawyer and judge. She was appointed to the Supreme Court of Norway on 20 June 2014, having previously been a judge at the Oslo District Court. [1]

From 16 April until 22 June 2012, she presided over the trial of Anders Behring Breivik following the 2011 Norway attacks, assisted by district court judge Arne Lyng and three lay judges. [2] [3]

Arntzen began her career as a consultant at the Ministry of Justice and the Police's Legal Issues section. From 1989 to 2003, she was a lawyer at the Office of the Attorney General of Norway. She attained to barrister, a lawyer with access to work with Supreme Court cases, in 1993. She then entered the law firm Kluge as a lawyer and partner. Since 2007 Arntzen has been a judge at Oslo District Court. [2]

Wenche Elizabeth Arntzen belongs to a family with many jurists. Among them is her grandfather, former Director of Public Prosecutions in Norway (Norwegian : riksadvokat) Sven Arntzen. Her father was the barrister, Andreas Arntzen. [4] She is also married to a jurist and is a cousin of psychology professor Erik Arntzen.

Since 2009, Arntzen has been a member of the Norwegian Parliamentary Intelligence Oversight Committee. [5] She has also worked at the University of Oslo as commissioned lecturer in ethics. [2]

During the opening of the 2012 trial against Anders Behring Breivik, Breivik claimed that judge Arntzen was a personal friend of Hanne Harlem, sister of former prime minister Gro Harlem Brundtland, whom Breivik on day four of the trial testified had been a principal target for execution during his shooting spree at Utøya island—and whom he had wanted to decapitate on video, Al Qaeda-style—but to the question from Arntzen whether this constituted a formal assertion of conflict of interest, Breivik's main defence counsel Geir Lippestad, after cursorily conferring with Breivik, replied that it was not. [6] [7] [8] 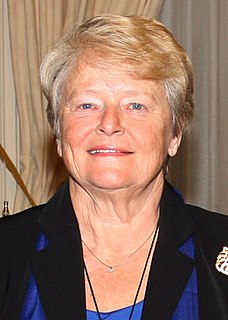 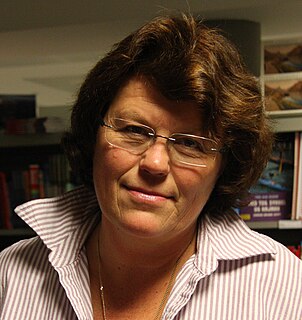 Peder Are Nøstvold Jensen is a prominent "Counter-jihad" Norwegian blogger who writes under the pseudonym Fjordman and who has been characterized as far-right and anti-Islamic. Jensen wrote anonymously as Fjordman starting in 2005, until he disclosed his identity in 2011. He has been active in the counterjihad movement, which argues that multiculturalism, particularly Muslim immigration, poses a threat to Western civilization. He has promoted this belief in a self-published book titled Defeating Eurabia, and stated that "Islam and all those who practise it must be totally and physically removed from the Western world".

Marit Christensen is a Norwegian journalist.

Document.no is a Norwegian right-wing, conservative online magazine that describes itself as focusing on politics, public debate, media criticism and culture. The website espouses views that are critical towards Islam and immigration, and supportive of Israel and the United States. Some have labelled the site Islamophobic, but the Norwegian Centre Against Racism considers it only sometimes Islamophobic, while others consider it to be within legitimate political debate. The National Library of Norway classifies it as a web periodical focusing on culture, politics and political science. Document originally began as a small publishing company, and in addition to books it has also published a printed periodical starting in 2013. The website was launched in 2003, and is owned by the limited company with the same name. The founder and editor is Hans Rustad, a former journalist for the news agency NTB.

Geir Lippestad is a Norwegian lawyer, politician and social activist. He is most known for his involvement in several high-profile legal cases. As a criminal appellate lawyer, he first became known in 2001 when he acted as defence counsel following the murder of Benjamin Hermansen.

The 2011 Norway attacks were a bombing in Oslo and a series of shootings at Utøya on Friday, 22 July 2011. The first attack was a bomb exploding in Regjeringskvartalet, the executive government quarter of Oslo, and the second an attack on a youth camp organized by the youth organization (AUF) of the Norwegian Labour Party (AP) on the island of Utøya in Tyrifjorden, Buskerud. 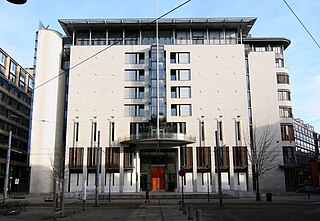 The trial of Anders Behring Breivik, the perpetrator of the 2011 Norway attacks, took place between 16 April and 22 June 2012 in Oslo District Court. Breivik was sentenced to 21 years of preventive detention on 24 August 2012. 170 media organisations were accredited to cover the proceedings, involving some 800 individual journalists.

Vibeke Hein Bæra is a Norwegian lawyer. She was a defence lawyer for Anders Behring Breivik in his trial for his role in the 2011 Norway attacks.

Andreas Arntzen was a Norwegian barrister.

The European Defence League (EDL) is a largely UK-based offshoot of the English Defence League founded by Tommy Robinson which campaigns against what it considers sharia law and itself has various offshoots. The group was set up in October 2010 and held its first demonstration that month in Amsterdam, Netherlands, at the trial of Dutch anti-Islam politician Geert Wilders.