Marine molluscs include saltwater snails, clams and other classes of Mollusca.

Dicathais is a genus of predatory sea snails, marine gastropod molluscs in the family Muricidae, the rock snails. This genus is monotypic; the only species in it is Dicathais orbita, common name the white rock shell or cart-rut shell, found round the coasts of Australia and New Zealand.

Comitas is a genus of medium-sized sea snails, marine gastropod molluscs in the family Pseudomelatomidae. 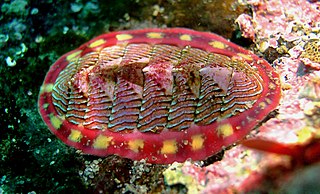 Mollusca is the second-largest phylum of invertebrate animals after the Arthropoda. The members are known as molluscs or mollusks. Around 85,000 extant species of molluscs are recognized. The number of fossil species is estimated between 60,000 and 100,000 additional species. The proportion of undescribed species is very high. Many taxa remain poorly studied.

Winston F. Ponder is a noted malacologist from New Zealand who has named and described many marine and freshwater animals, especially micromolluscs. He graduated with an MSc, PhD and DSc from the University of Auckland, New Zealand.