Music sequencers are hardware devices or application software that can record, edit, or play back music, by handling note and performance information.

Many synthesizers, and by definition all music workstations, groove machines and drum machines, contain their own sequencers.

The following are specifically designed to function primarily as the music sequencers:

Rotating object with pins or holes

Since the analog synthesizer revivals in the 1990s, newly designed MIDI sequencers with a series of knobs or slider similar to analog sequencer have appeared. These often equip CV/Gate and DIN sync interface along with MIDI, and even the patch memory for multiple sequence patterns and possibly song sequence. These analog-digital hybrid machines are often called "Analog-style MIDI step sequencer" or "MIDI analog sequencer", etc.

Several machines also provide the song mode to play the sequence of memoried patterns in specified order, as on drum machine.

Several machines have white and black chromatic keypads, to enter the musical phrases.

Recently emerging button-grid-style interfaces/instruments are naturally support step sequence. On these machines, one axis on grid means musical scale or sample to play, and another axis means timing of notes. 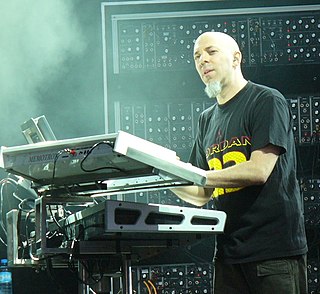 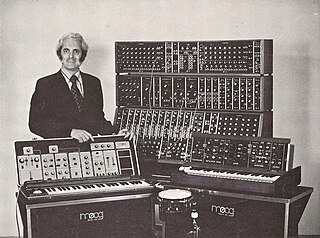 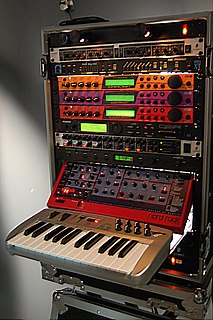 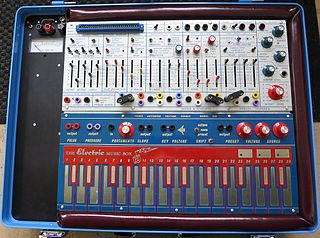 A software synthesizer or softsynth is a computer program or that generates digital audio, usually for music. Computer software that can create sounds or music is not new, but advances in processing speed now allow softsynths to accomplish the same tasks that previously required the dedicated hardware of a conventional synthesizer. Softsynths may be readily interfaced with other music software such as music sequencers typically in the context of a digital audio workstation. Softsynths are usually less expensive and can be more portable than dedicated hardware. 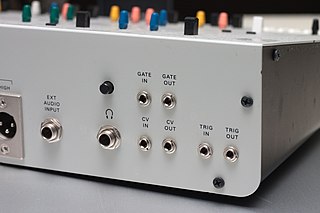 CV/gate is an analog method of controlling synthesizers, drum machines and other similar equipment with external sequencers. The control voltage typically controls pitch and the gate signal controls note on-off.

Sequential is an American synthesizer company founded in 1974 as Sequential Circuits by Dave Smith. In 1978, Sequential released the Prophet-5, the first programmable polyphonic synthesizer, used by artists including Michael Jackson, Madonna, and John Carpenter. In the 1980s, Sequential was pivotal to the development of MIDI, a technical standard for connecting electronic instruments.

The Yamaha QY10 is a hand-held music workstation produced by the Yamaha Corporation in the early 1990s. Possessing a MIDI sequencer, a tone generator and a tiny single-octave keyboard, the portable and battery-powered QY10 enables a musician to compose music while traveling.

A sound module is an electronic musical instrument without a human-playable interface such as a piano-style musical keyboard. Sound modules have to be operated using an externally connected device, which is often a MIDI controller, of which the most common type is the musical keyboard. Controllers are devices that provide the human-playable interface and which may or may not produce sounds of their own. Another common way of controlling a sound module is through a sequencer, which is computer hardware or software designed to record and playback control information for sound-generating hardware. Connections between sound modules, controllers, and sequencers are generally made with MIDI, which is a standardized protocol designed for this purpose, which includes special ports (jacks) and cables. 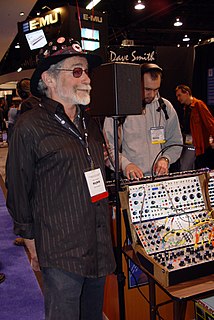 Donald Buchla was an American pioneer in the field of sound synthesis. Buchla popularized the "West Coast" style of synthesis. He was co-inventor of the voltage controlled modular synthesizer along with Robert Moog, the two working independently in the early 1960s. 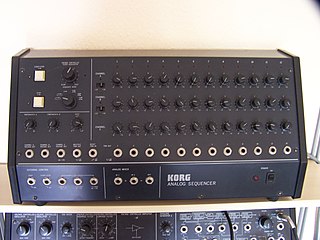 An analog sequencer is a music sequencer constructed from analog (analogue) electronics, invented in the first half of the 20th century.