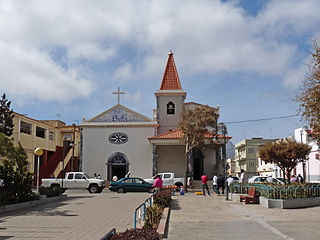 In 1995, it was estimated that there were 50,000 people of Cape Verdean descent or national origin in Portugal. By 2000, this estimation rose to 83,000 people, of which 90% resided in Greater Lisbon." In 2008, Portugal’s National Statistics Institute estimated that there were 68,145 Cape Verdeans who legally resided in Portugal. This made up "15.7% of all foreign nationals living legally in the country."

Monteiro is a municipality in Paraíba, Brazil.

The following lists events that happened during 2016 in Cape Verde.

The following lists events that happened during 1974 in Cape Verde.

Cape Verde competed at the 2019 African Games held from 19 to 31 August 2019 in Rabat, Morocco. In total athletes representing the country won one bronze medal and the country finished last in the medal table, in 41st place, shared with Central African Republic.

Duarte is a Iberian obsolete given name and current surname, being an alternative Portuguese and Spanish form of the name Edward.