This is a list of academic journals pertaining to the field of philosophy. 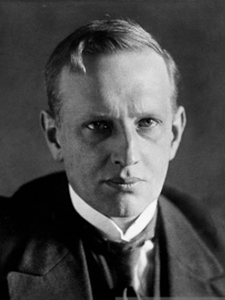 Paul Nicolai Hartmann was a Baltic German philosopher. He is regarded as a key representative of critical realism and as one of the most important twentieth-century metaphysicians.

Nicholas Rescher is a German-American philosopher, polymath, and author, who has been a professor of philosophy at the University of Pittsburgh since 1961. He is chairman of the Center for Philosophy of Science and was formerly chairman of the philosophy department.

Hermann Ulrici was a German philosopher. He was co-editor of the philosophical journal Zeitschrift für Philosophie und philosophische Kritik. He also wrote under the pseudonym of Ulrich Reimann.

Lilli Kristina Alanen was a Finnish philosopher and Professor Emeritus of History of Philosophy at Department of Philosophy at Uppsala University. She was elected a member of the American Academy of Arts and Sciences in 2018.

Paul Gochet was a Belgian logician, philosopher, and emeritus professor of the University of Liège. His research was mainly in the fields of logic and analytic philosophy. He is perhaps best known for his works on Quine's philosophy.

Jesús Padilla Gálvez is a philosopher who worked primarily in philosophy of language, logic, and the history of sciences.

The following is a bibliography of Charles W. Morris.

Evandro Agazzi is an Italian philosopher and professor at the University of Genoa. His fields of interest are ethics of science and technology, logic, metaphysics, philosophy of language, philosophy of science, philosophical anthropology, and systems theory.

Kristóf Nyíri, is a Hungarian philosopher. He is a member of HAS, was a guest at the University of Leipzig in the Winter Semester of 2006-2007 as Leibniz Professor, directed Communications in the 21st Century: The Mobile Information Society from 2001 to 2010, and is a Professor of Philosophy, in the Department of Technical Education, at Budapest University of Technology and Economics. He has written and edited more than 200 articles, chapters, reports and books.

Richard Raatzsch is a German philosopher. Since 2008, he has been Chair of Ethics within the European Business School (EBS) at Reichartshausen Castle in Oestrich-Winkel/Rheingau (Germany). 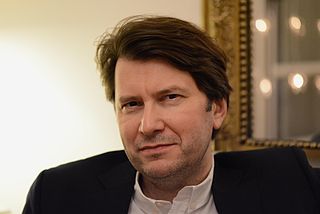 Ghislain Deslandes is a French philosopher born in Angers (France) on the 16th of August 1970.

Bruno Baron von Freytag-Löringhoff was a German philosopher, mathematician and epistemologist. He was also a university lecturer at the University of Tübingen. During World War II, Freytag-Löringhoff worked as a mathematician in the In 7/VI, that was the signals intelligence agency of the Wehrmacht and worked with Fritz Menzer on the testing of cryptographic devices and procedures. Freytag-Löringhoff worked specifically on the testing of the m-40 cipher machine. His most important contributions to the history of logic and mathematics was his studies and descriptions from 1957, of the calculating machine, built by Wilhelm Schickard.

Thomas Khurana is a German philosopher. Since 2020, he has held the position of Chair of Philosophical Anthropology and Philosophy of Mind in the Department of Philosophy at the University of Potsdam.