This is a list of universities and colleges in Belize. 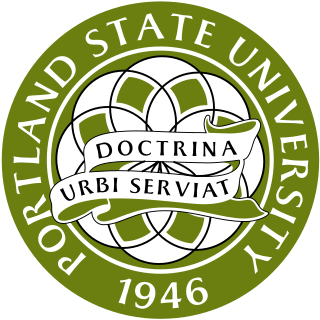 Portland State University (PSU) is a public research university in Portland, Oregon. It was founded in 1946 as a post-secondary educational institution for World War II veterans. It evolved into a four-year college over the following two decades and was granted university status in 1969. It is the only public urban university in the state of Oregon that is located in a large city. It is governed by a board of trustees. The university is categorized as an R2: Doctoral University – Higher Research Activity in the Carnegie Classification of Institutions of Higher Education. 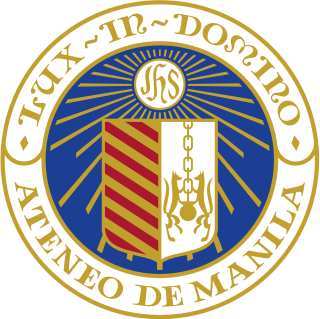 The Carnegie Classification of Institutions of Higher Education, or simply the Carnegie Classification, is the framework for classifying colleges and universities in the United States. Created in 1970, it is named after and was originally created by the Carnegie Foundation for the Advancement of Teaching, but responsibility for the Carnegie Classification was transferred to Indiana University's Center for Postsecondary Research, in 2014. The framework primarily serves educational and research purposes, where it is often important to identify groups of roughly comparable institutions. The classification includes all accredited, degree-granting colleges and universities in the United States that are represented in the National Center for Education Statistics Integrated Postsecondary Education Data System (IPEDS). 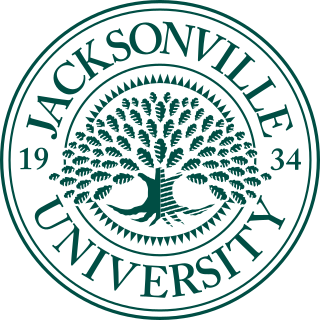 Jacksonville University (JU) is a private university in Jacksonville, Florida. The school was founded in 1934 as a two-year college and was known as Jacksonville Junior College until September 5, 1956, when it shifted focus to building four-year university degree programs and later graduated its first four-year degree candidates as Jacksonville University in June 1959. It is a member of the Independent Colleges and Universities of Florida and is accredited by the Southern Association of Colleges and Schools (SACS) and the Association to Advance Collegiate Schools of Business (AACSB). JU's student body currently represents more than 40 U.S. states and approximately 45 countries around the world. As a Division I university, it is home to 18 sports teams, known as the JU Dolphins, as well as intramural sports and clubs. Among the top majors declared by JU students are aviation management, biology, nursing, business and marine science.

Claremont Graduate University (CGU) is a private, all-graduate research university in Claremont, California. Founded in 1925, CGU is a member of the Claremont Colleges which includes five undergraduate and two graduate institutions of higher education. 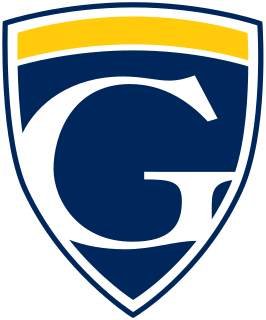 Graceland University is a private university with campuses in Lamoni, Iowa and Independence, Missouri. The university offers degree completion and master’s degree programs at satellite campuses in Centerville and Cedar Rapids, Iowa, and Trenton, Missouri. It also offers undergraduate and graduate programs online. The university was founded in 1895. Graceland was established by, and is affiliated with, the Community of Christ, formerly the Reorganized Church of Jesus Christ of Latter Day Saints.

Maryville University of St. Louis is a private university in Town and Country, Missouri. It was originally founded in 1872 by the Society of the Sacred Heart and offers more than 90 degrees at the undergraduate, graduate, and doctoral levels to students from 50 states and 47 countries. The school's name is derived from the shortening and altering of "Mary's Villa" when the school opened as an all women-school in the country outside of the order's original downtown St. Louis location in 1872. In 1961 it moved to suburban St. Louis and in 1968 began admitting men. Since 1972 the university has been governed by a board of trustees consisting mostly of members of the laity, although five of the trustees are always associated with the Society of the Sacred Heart. The school's athletic nickname is now the Saints.

The Ateneo de Zamboanga University is a Catholic and Jesuit university in Western Mindanao. AdZU began in 1912 as Escuela Catolica, a parochial school run by Spanish Jesuits. It is the second oldest Jesuit school in the Philippines and the second Jesuit school to be named Ateneo. It initially offered primary and secondary education for boys. It became a college in 1952 and a university in August 2001. It operates on two campuses, La Purisima Street with the tertiary and senior high school divisions and Barangay Tumaga, outside Zamboanga City proper, with the junior high school and grade school units.

Queens University of Charlotte is a private university in Charlotte, North Carolina. It has approximately 2,300 undergraduate and graduate students through the College of Arts and Sciences, the McColl School of Business, the Wayland H. Cato, Jr. School of Education, the James L. Knight School of Communication, and the Andrew Blair College of Health, which features the Presbyterian School of Nursing. Established in 1857, the university offers 34 undergraduate majors and 66 concentrations, and 10 graduate programs. It is affiliated with the Presbyterian Church (USA). 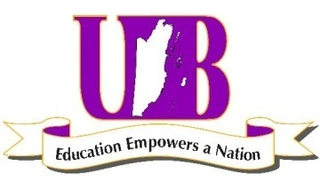 The University of Belize (UB) is an English-speaking multi-locational institute for higher education, and the national university of the Belize. The institution offers certificates, diplomas, associate degrees, bachelor degrees, and a graduate degree. The UB Central Campus is in Belmopan City.

Piedmont International University is a private Christian university in Winston-Salem, North Carolina. Piedmont offers both residential and online programs including dual enrollment, undergraduate, and graduate degrees. It is accredited by the Transnational Association of Christian Colleges and Schools and a member of the American Association of Christian Schools. The university has experienced significant growth in recent years and has added a number of new degree programs in areas such as business, leadership, information systems, criminal justice, public health, and social work.

The College of Business Administration (CBA) is one of the 17 schools and colleges of University of Pittsburgh located in Pittsburgh, Pennsylvania, United States. The CBA is the second largest degree granting school or college in the university and offers undergraduate Bachelor of Science in Business Administration degrees. The CBA is a constituent college of the university's Joseph M. Katz Graduate School of Business and is accredited by the Association to Advance Collegiate Schools of Business.

Rajagiri is a part of the Carmelites of Mary Immaculate (CMI), an indigenous Syrian Catholic religious congregation founded in 1831. It is located in Rajagiri Valley, Kakkanad, Kochi. It was acquired after Indian independence and developed by the Sacred Heart province.

Education in Belize is governed by the Education Act. 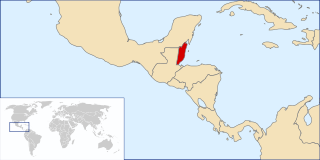 Galen University is an independent university in Belize, Central America, with sustainable development as one of its core values. Its main campus is in Central Farm at mile 62.5 George Price Highway, in the Cayo District. The university is chartered and recognized by the Ministry of Education of the Government of Belize to offer degrees at undergraduate and graduate levels in educational programs such as business, arts, sciences, and education. About 95 percent of the students are Belizean students seeking Bachelor's and Master's degrees. The remainder are students participating in study abroad programs. The institution was established in 2003.