Concepción is a city in central Chile and the core of the commune and metropolitan area of Greater Concepción, the country's second largest urban conurbation. It has a significant impact on domestic trade being part of the most heavily industrialized region in the country. Its location is in the called Zona Centro Sur, in the geographic center of the country, and it is the capital of the Concepción Province and Bío Bío Region. It sits about 500 km south of Santiago, the country's capital.

Chiquimula is one of the 22 departments of Guatemala, in Central America. The departmental capital is also called Chiquimula. The department was established by decree in 1871, and forms a part of the northeastern region of Guatemala. Physically, it is mountainous, with a climate that varies between tropical and temperate, according to location. 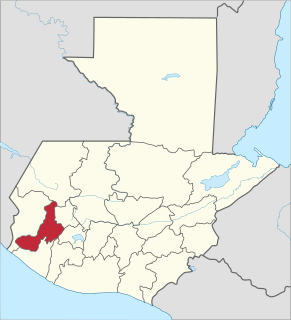 San Esteban is a municipality in the northeast of the Honduran department of Olancho, west of Dulce Nombre de Culmí, east of Gualaco and north of Catacamas. Costa Rican author Oscar Núñez Oliva set his 2000 novel Los Gallos de San Esteban in the municipality.

The Universidad de San Carlos de Guatemala is the largest and oldest university of Guatemala; it is also the fourth founded in the Americas. Established in the Kingdom of Guatemala during the Spanish colony, it was the only university in Guatemala until 1954. 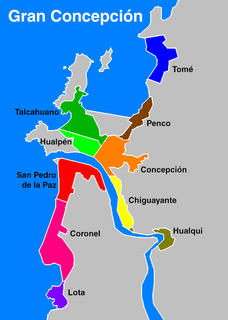 Gran Concepción is the second largest conurbation in Chile, after Greater Santiago, with 945,650 inhabitants according to the 2012 pre census.

Ernesto Cofiño (1899–1991) was a Guatemalan physician. He was a pioneer in pediatric research in Guatemala. He founded hospitals, was director of Caritas, and promoted youth development. Having died with a reputation for sanctity, his cause of beatification was granted a nihil obstat by the Congregation for the Causes of Saints on July 7, 2000.

The Instituto Militar de Engenharia is an engineering institute maintained by the Brazilian Army with federal support. IME is the oldest and one of the best ranked engineering schools in Brazil, according to the Brazilian Ministry of Education, having systematically achieved first place in several of its engineering degrees. Its current campus is located in Urca, Rio de Janeiro, right across the entrance to the very famous Sugar Loaf cable car.

Flavio Herrera was a Guatemalan writer and diplomat. His works are formal reading material in public schools and private schools in Guatemala.

Universidad del Istmo, commonly referred to as UNIS, is a private university in Guatemala. It is affiliated with Opus Dei, an institution of the Catholic Church, which is responsible for matters relating to the Christian orientation of the school. There are universities in Panama City, Panama and Oaxaca, Mexico by the same name.

A referendum on the presidential term of Jorge Ubico was held in Guatemala on 25 May 1935. If approved, it would allow Ubico to override the constitutional limitation on serving two consecutive terms in office. It was reportedly approved by 99.85% of voters. 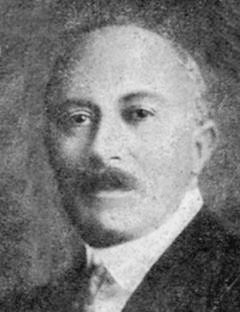 Presidential elections were held in Guatemala on 27 August 1920. The result was a victory for Carlos Herrera y Luna, who received 95% of the vote.

Luz Méndez de la Vega was a Guatemalan feminist writer, journalist, poet, academic and actress. As an academic, she concentrated on researching and rescuing the work of colonial Guatemalan women writers. She was the winner of Guatemala's highest prize for literature, Miguel Ángel Asturias National Literature Prize, and the Chilean Pablo Neruda Medal, among many other literary awards throughout her career.