This is a list of universities and specialized institutions in El Salvador . [1] [2]

Guayaquil officially Santiago de Guayaquil, is the largest city in Ecuador. It is also the nation's main port. The city is the capital of Guayas Province and the seat of Guayaquil canton. 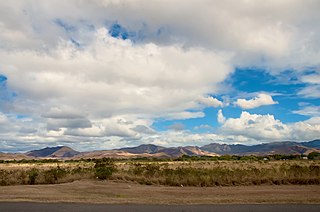 Ricardo Legorreta Vilchis was a Mexican architect. He was a prolific designer of private houses, public buildings and master plans in Mexico, the United States of America and some other countries.

Ignacio Martín-Baró, S.J. was a scholar, social psychologist, philosopher and Jesuit priest. He was one of the victims of the 1989 murders of Jesuits in El Salvador 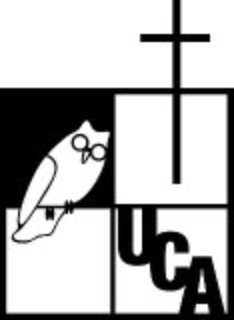 José Matías Delgado y León was a Salvadoran priest and doctor known as El Padre de la Patria Salvadoreña. He was a leader in the independence movement of El Salvador from the Spanish Empire, and from November 28, 1821 to February 9, 1823 when he was president of the Central American constituent congress which met in Guatemala City.

Dr. José Matías Delgado University, is a private university located in Antiguo Cuscatlán, La Libertad, El Salvador. Founded on September 15, 1977, it is one of the first private institutions of higher education established in the country.

Rosa Amelia Guzmán was a Salvadoran journalist, feminist and suffragette. Her 1950 speech to the Constituent Assembly was instrumental in women gaining, not just the right to vote, but the rights of citizenship on 14 September. She was one of the first three women elected to serve in the Legislative Assembly of El Salvador. Carmen Aída Lazo is a Salvadoran economist and dean of the School of Economics and Business at Escuela Superior de Economía y Negocios. She was a candidate for Vice President of El Salvador for the National Coalition Party (PCN) for the 2019 Presidential Election.