Last updated January 14, 2020
For the Italian cyclist, see Massimo Donati (cyclist).
Not to be confused with Massimo Donadi.

Massimo Donati (born 26 March 1981) is an Italian professional footballer, who plays as a central or defensive midfielder.

Born in San Vito al Tagliamento, Italy, Donati began his career at Atalanta, before joining Milan in June 2001. After spending time on loan at Parma, Torino, Sampdoria, Messina and Atalanta, he signed for Scottish club Celtic in June 2007. While at Celtic, he won one Scottish Premier League medal and one Scottish League Cup medal. He returned to Italy in August 2009, to join Bari, where he remained until January 2012, when he signed for Palermo. He joined Hellas Verona in June 2013, before going back to Bari in August 2014. He returned to Scotland in July 2016, to sign for Hamilton Academical and then moved to St Mirren in February 2018.

Donati started his club career at Atalanta, before moving to Milan in June 2001 along with Cristian Zenoni for 60 billion lire in a cash-plus-player deal. [2] However, due to the competition at the club, Donati was unable to retain a first team place after his first season, spending the 2002–03 season on loan at Parma and then Torino.

The 2003–04 season, his third as a Milan player, saw him join Sampdoria on loan, before enjoying a successful spell at Messina for the 2004–05 and 2005–06 seasons. Despite finding his form at Messina, Donati still found himself out of favour at Milan and was again sent on loan, this time returning to his first club Atalanta for the 2006–07 season.

On 29 June 2007, Celtic confirmed the signing of Donati on a four-year contract for a fee of €2 million. [4] [5] Donati was given the number 18 jersey, vacated by ex-captain Neil Lennon and was unveiled at Celtic Park. [6] He made his Celtic debut in their first league game of the season on 5 August, a 0–0 draw with Kilmarnock. [7] In Celtic's next league game against Falkirk, Donati was involved in his side's equaliser when his shot hit Kenny Milne and went into the net; Celtic won the game 4–1. [8] The following week, Donati grabbed his first competitive Celtic goal with an equalising goal against Aberdeen and later added an assist for Kenny Miller as Celtic won 3–1. [9]

On 28 November, Donati won the match for Celtic in the UEFA Champions League fixture against Shakhtar Donetsk, netting in the 92nd minute to win the match 2–1. [10] This result meant Celtic only needed a point away to Donati's former club Milan at the San Siro to qualify for the last 16 stage of the tournament. Celtic lost 1–0 to Milan, [11] but still qualified for the last 16 as runners-up in their group after Benfica defeated Shakhtar in Ukraine. As the season went on, Donati's form began to dip, resulting in the central midfield positions being changed with Barry Robson and Paul Hartley in place of Donati and Scott Brown. In May 2008, it was reported that Donati wanted to go back to Serie A. [12]

In the 2008–09 season, Donati made only a handful of appearances for Celtic, though he started in the home game against Kilmarnock on 12 November 2008 and won the man of the match award. [13]

After the appointment of Tony Mowbray as Celtic manager, Donati won back his place in the Celtic midfield alongside new signing Landry N'Guémo. Donati played in most of the pre-season games and scored in a 5–0 win over African Champions League winners Al-Ahly in the Wembley Cup. He started the 2009–10 campaign in fine form and scored from a spectacular volley in Celtic's 3–1 loss to Arsenal in the Champions League play-off. [14]

In January 2018, Hamilton announced that they had agreed with Donati to cancel his existing playing contract, in order for him to begin a coaching career. [24] Donati had also been coaching the Hamilton under-15 team. [25]

Donati signed a short-term contract with St Mirren in February 2018. [26] He was released by St Mirren at the end of this contract. [27]

In June 2019, Donati joined the coaching staff at Kilmarnock under Angelo Alessio. [28]

Angus Ian MacPherson is a Scottish football player and manager, who is currently the technical director of St Mirren. 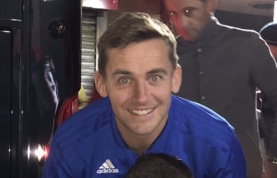 James Fowler is a Scottish professional football coach and former player, who is currently the head of football operations at Kilmarnock.

Rocco Quinn is a retired Scottish professional football who played as a midfielder. Quinn has previously played for Celtic, Hamilton Academical, Queen of the South, Ross County and St Mirren, as well as Kilmarnock, St Johnstone and Livingston on loan.

Paul McGowan is a Scottish footballer who plays as a central midfielder for Dundee in the Scottish Championship.

Douglas Imrie is a Scottish former footballer, who played as either a forward or a winger. He played in the professional leagues for Clyde, Inverness Caledonian Thistle, St Mirren, Greenock Morton and Hamilton Academical, having previously played in the Junior league for Lanark United.

Craig Ian Samson is a Scottish football player and coach. Samson is a former Scotland under-21 internationalist, having made six appearances between 2004 and 2005. 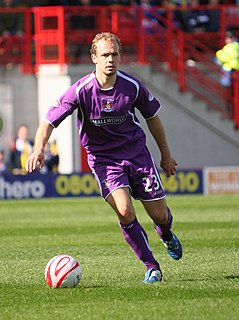 Jamie Hamill is a Scottish footballer, who plays for Stranraer. Hamill is predominantly a right back, although he has also played as a midfielder. Hamill has previously played for Kilmarnock, Heart of Midlothian and Queen of the South.

The 2008–09 season was the 120th season of competitive football by Celtic.

Cameron "Cammy" Bell is a Scottish professional footballer, who plays as a goalkeeper for Scottish League One club Falkirk. 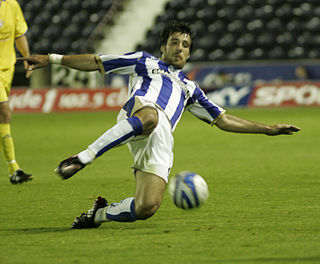 Manuel Pascali is an Italian professional footballer who plays as a midfielder or defender for Italian Serie D side Fanfulla.

The 2009–10 season was the 121st season of competitive football by Celtic.

St Mirren are competing in their fifth successive season in the Scottish Premier League after finishing in tenth place for season 2009–10. The most notable change at the club during the close season was the replacement of both manager Gus MacPherson and assistant manager Andy Millen after 7 seasons of managing the club. This was the longest period any manager had spent in charge of the club since the 1950s and at the time of MacPherson's sacking he was the longest serving manager of a Scottish League Club. They were replaced by the former Cowdenbeath management partnership of Danny Lennon and Iain Jenkins. 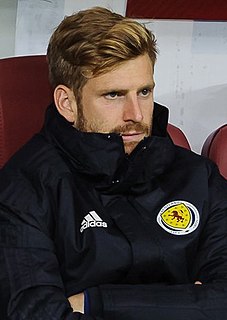 Stuart Armstrong is a Scottish professional footballer who plays as a midfielder for Premier League club Southampton and the Scotland national team.

Liam Henderson is a Scottish professional footballer who plays as a midfielder for Italian club Hellas Verona.

The 2014–15 season was Kilmarnock's second season in the Scottish Premiership. Kilmarnock competed in the League Cup losing to St Johnstone in the third round and lost to Rangers in the fourth round of the Scottish Cup.

The 2017–18 season is the club's third season in the Scottish Championship. St Mirren will also compete in the Challenge Cup, the League Cup and the Scottish Cup.

The 2018–19 Aberdeen F.C. season was Aberdeen's 105th season in the top flight of Scottish football. Aberdeen also competed in the League Cup and the Scottish Cup.

The 2018–19 season was Hibernian's (Hibs) second season of play back in the top league of Scottish football, having been promoted from the Scottish Championship at the end of the 2016–17 season. Hibs also entered the Europa League, and progressed through two qualifying rounds before losing to Norwegian club Molde. They were knocked out of the League Cup in a penalty shootout by Aberdeen, and in the Scottish Cup by Celtic, and finished fifth in the league.