Maurice Gough Gee (born 22 August 1931) is a New Zealand novelist. [1] [2] He is one of New Zealand's most distinguished and prolific authors, having written over thirty novels for adults and children, and has won numerous awards, including multiple top prizes at the New Zealand Book Awards. His novel Plumb (1978) is considered one of the best novels ever written in New Zealand. [3] In 1993, Andro Linklater, writing in British newspaper The Sunday Times , said that "Gee deserves to be regarded as one of the finest writers at work, not only in New Zealand ... but in the English speaking world". [4] [5]

Gee was born in Whakatane, Bay of Plenty, and brought up in Henderson, a suburb of Auckland, a location that frequently features in his writing. [6] [2] His mother, Harriet Lyndahl Gee ( née  Chapple), was a socialist and an aspiring writer who had some of her work published, including a children's picture book called Mihi and the Last of the Moas (1943), [7] [8] and his father, Leonard Gee, was a carpenter. He was the middle child of their three sons. [9] Gee was also the grandson of controversial Presbyterian-turned-Unitarian minister James Chapple, later to be the inspiration for Gee's character George Plumb in his Plumb trilogy (1978). [9] [10]

Gee attended Henderson Primary School and Avondale College, and completed BA and MA degrees at the University of Auckland, which subsequently recognised him with a Distinguished Alumni Award in 1998, and an honorary Doctorate of Literature in 2004. [11] He also received an honorary Doctorate of Literature from Victoria University of Wellington in 1987. [12]

Gee began writing at university, and had short stories published in New Zealand journals Landfall and Mate. [3] After finishing his MA he taught in the secondary department of Paeroa District High School for about 18 months, starting in February 1955, but resigned in July 1956 to become a full-time writer. [13]

His first published novel was The Big Season (1962), [14] a novel about a rugby player who becomes interested in a burglar and the burglar's girlfriend. It had themes of violence and tension, and was described by The New Zealand Herald as "not always pleasant, but certainly forceful and sincere". Gee himself was a keen rugby player and the games in the novel were inspired by his own experiences. [3] In 1964, Gee was the sixth recipient of the Robert Burns Fellowship at the University of Otago, one of New Zealand's most prestigious literary awards. [15] During this fellowship he wrote his second novel, A Special Flower (1965). [16] After the fellowship he trained as a librarian and in the 1960s and 1970s worked at the Alexander Turnbull Library, the Napier library and several libraries in Auckland. [7]

His third novel, In My Father's Den , a mystery novel, was published in 1972. [17] This novel was later adapted into the critically acclaimed film of the same name by director Brad McGann in 2004. Gee followed this novel with a collection of short stories, A Glorious Morning, Comrade (1974), [18] which won the prize for fiction at the 1976 New Zealand Book Awards, [19] and a further novel Games of Choice (1976). [20]

Gee's novel Plumb , published in 1978, is his best-known work for adults, and is considered one of the best novels ever written in New Zealand. [3] In 2018, fifty New Zealand literary experts voted it to be the best novel of the last fifty years. [10] Gee has described it as his "grandfather novel", with the character George Plumb closely based on his mother's father James Chapple, particularly his early life and his trials for heresy and seditious utterance. [10] [5] It won the James Tait Black Memorial Prize in the UK, [21] and the top prize for fiction at both the Goodman Fielder Wattie Book Awards and the New Zealand Book Awards in 1979. [22] The novel and its two sequels, Meg (1981) and Sole Survivor (1983), explore the impacts of history, politics and religion on one family from the perspectives of different members. [23]

At this time Gee also published his first children's novel, Under the Mountain (1979), a science fiction story set in Auckland, New Zealand, about 11-year-old twins who discover aliens under volcanic Lake Pupuke. It has remained in print since it was published and is considered a New Zealand classic. [24] It has been adapted into a 1981 television miniseries, a 2009 film and a stage show. [25] It was followed by other children's books, most notably the science fiction trilogy beginning with The Halfmen of O (1982), [26] which won the AIM Children's Book Awards Book of the Year Award in 1983. [27]

In order to improve his income, Gee began working in television writing, including writing for 11 episodes of soap opera Close to Home and episodes of police drama Mortimer's Patch . [5] [28] Two of his children's books, The Fire-Raiser (1986) and The Champion (1989) originated as television projects. [28] He also wrote two adult novels set in Nelson, New Zealand: Prowlers (1987) [29] and The Burning Boy (1990). [30]

The publication of Gee's tenth novel, Going West (1992), [31] cemented his reputation as one of the best writers in New Zealand. [5] It is the most autobiographical of Gee's fictional novels, and the fictional setting is indistinguishable from Henderson, Auckland, where Gee grew up. [2] The novel was the inspiration for the Going West Books & Writers Festival, Auckland's first literary festival, which has been held since 1996. [32]

Gee was the 1992 recipient of the Katherine Mansfield Menton Fellowship, a literary fellowship that enables the recipient to work in Menton, France, for part of the year, where Katherine Mansfield herself lived and worked in the early 20th century. During his time in Menton, Gee wrote the novel Crime Story, [5] which was published in 1994. [33] A decade later it was adapted by Larry Parr into the 2004 film Fracture . The film was praised by Christchurch newspaper The Press as "competent, confident and complex". [28]

The Fat Man (1994) [34] won the AIM Children's Book of the Year award and the Esther Glen Award. [27] [35] It was controversial for its content and portrayal of violence, with Gee himself describing it as a "psychological thriller for children". [36]

In 2018 Gee published his memoir Memory Pieces. [37] The memoir is in three parts: the first about his parents' lives, the second about his own childhood and adolescent years, and the third about his wife. He said it is "almost certainly" going to be his last book. [38] It was shortlisted for the Royal Society Te Apārangi Award for General Non-Fiction at the 2019 Ockham New Zealand Book Awards. [39]

The Oxford Companion to New Zealand Literature (2006) said that each of Gee's novels "bountifully gives us a rich vision of some region and aspect of New Zealand life, and of human life in general ... Yet there is always an awareness of living at the edge of an abyss: one false move and we shall leave this abundance for nothingness." [3]

Gee married his wife Margareta in 1970, having met in 1966 at the Alexander Turnbull Library where she worked. [9] [42] They have two adult daughters together, Abigail and Emily. Abigail works as an animator, [43] and Emily is a writer who has published fantasy and historical novels. [38] Gee said in 2018 that meeting Margareta changed his life: "I was 38 when we got together and was drifting and wasting my time and only pretending to be a writer. She brought stability of every kind into my life – and as I point out in Running on the Stairs, two novels and a handful of stories before meeting her, more than 30 novels since." [9]

Gee considers himself an evolutionary humanist. [7] He is an Honorary Associate of the New Zealand Association of Rationalists and Humanists. [44]

Janet Paterson Frame was a New Zealand author. She was internationally renowned for her work, which included novels, short stories, poetry, juvenile fiction, and an autobiography, and received numerous awards including being appointed to the Order of New Zealand, New Zealand's highest civil honour.

Witi Tame Ihimaera-Smiler, generally known as Witi Ihimaera, is a New Zealand author. He was the first Māori writer to publish a collection of short stories, with Pounamu, Pounamu (1972), and the first to publish a novel, with Tangi (1973). His work explores Māori culture and issues within contemporary New Zealand society. He has said that "Māori culture is the taonga, the treasure vault from which I source my inspiration". 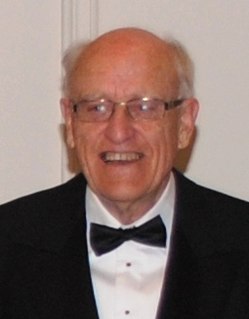 Christian Karlson "Karl" Stead is a New Zealand writer whose works include novels, poetry, short stories, and literary criticism. He is one of New Zealand's most well-known and internationally celebrated writers.

Greg McGee is a New Zealand writer and playwright, who also writes crime fiction under the pseudonym Alix Bosco.

In My Father's Den is a 1972 novel by New Zealand author Maurice Gee.

Lloyd David Jones is a New Zealand author. His novel Mister Pip (2006) won the Commonwealth Writers' Prize and was shortlisted for the Booker Prize.

Ken Catran is a children's novelist and television screenwriter from New Zealand.

Rachel Phyllis McAlpine is a New Zealand poet, novelist and playwright. She is the author of 30 books including poetry, plays, novels, and books about writing and writing for the internet.

Russell Haley was a poet, short story writer and novelist. Although born in Dewsbury, Yorkshire, he lived most of his life in New Zealand, and considered himself a New Zealander.

Margaret Rose Orbell was a New Zealand author, editor and academic. She was the Associate Professor of Māori at the University of Canterbury from 1976 to 1994. During her career, Orbell wrote several books on Māori literature and culture, edited numerous collections of songs, poetry and stories, and brought Māori works to a wider and international audience. In 2002, she was appointed a Companion of the New Zealand Order of Merit for services to Māori and literature. 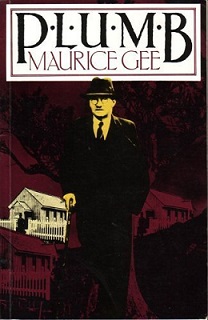 The Plumb trilogy is a series of three novels written by New Zealand author Maurice Gee: Plumb (1978), Meg (1981), and Sole Survivor (1983). The trilogy follows the lives of a New Zealand family across three generations, exploring the impacts of history, politics and religion on the family, and has been described by New Zealand writers and literary critics as one of the greatest achievements in New Zealand literature.