Miramichi Valley High School is one of two public, English language high schools in the city of Miramichi, New Brunswick, Canada. [4] It serves principally residents from the north side of the Miramichi River, both from the city of Miramichi, and smaller communities distributed from Tabusintac in the east, to Upper Blackville in the west. The school opened its doors in January 1972 to students in grades 10–12, with Charles Hubbard as principal. In 1994 grade 9 classes were added. The school's mascot is Samoo the Pulamoo a boxing Salmon. 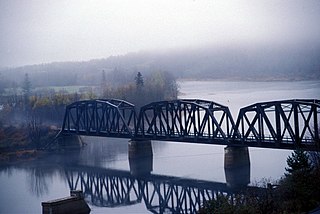 Route 8 is an important highway link between northern and southern New Brunswick, Canada. 261 kilometres (162 mi) long, it runs from Fredericton to Bathurst via Miramichi. 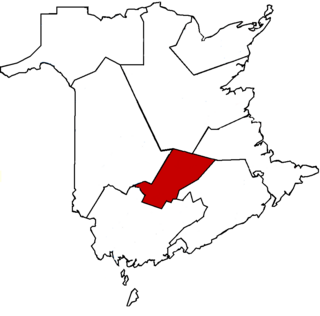 The name "Miramichi" was first applied to a region in the northeast of New Brunswick, Canada, and has since been applied to other places in Canada and the United States. Although other interpretations have been suggested, it is believed that "Miramichi" was derived from the Montagnais words "Maissimeu Assi", and was perhaps introduced for use in European languages by Jacques Cartier in 1535.

Southwest Miramichi–Bay du Vin is a provincial electoral district for the Legislative Assembly of New Brunswick, Canada. It was created as Southwest Miramichi in 1973, by which name it was known until 2014, and was largely unchanged in the 1994 and 2006 redistributions. In the 2013 redistribution, it moved eastward absorbing those parts of the former district of Miramichi-Bay du Vin which were outside the city of Miramichi. 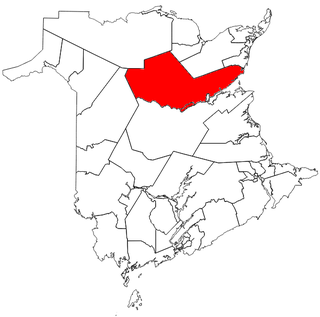 Miramichi Bay-Neguac is a provincial electoral district for the Legislative Assembly of New Brunswick, Canada. It was formerly known more simply as Miramichi Bay. The riding was created from part of the multi-member Northumberland riding, and was first contested in 1974. At the 2013 boundary adjustment, the riding moved western and inland taking in the northeast parts of the City of Miramichi and rural areas to the north and west of the city.

Blackville is a village in Northumberland County, New Brunswick, Canada.

John Winston Foran was a New Brunswick politician and retired police officer. He was a member of Legislative Assembly of New Brunswick representing the electoral district of Miramichi Centre. 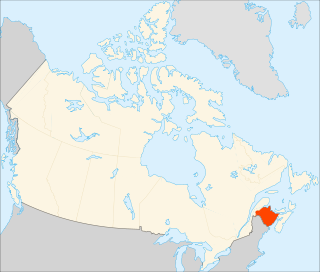 Mountain View High School is a public school in El Paso, Texas,. It is part of the Clint Independent School District. 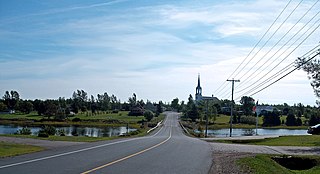 Saint-Simon is a settlement in Gloucester County, New Brunswick, Canada. It is located in the Acadian Peninsula.

Route 117 is an East/West provincial highway in the Canadian province of New Brunswick. The road runs from Route 11 intersection in Saint-Louis. The road has a length of approximately 114 kilometres, and services small, otherwise isolated rural communities. In these areas, the highway is often unofficially referred to as "Main Street." The Road is called Loggie Road, Wellington Street, University Avenue, and Airport Road in the city of Miramichi. This Route Mainly follows the Gulf of St. Lawrence in New Brunswick.

Miramichi—Grand Lake is a federal electoral district in New Brunswick.

Miramichi is a provincial electoral district for the Legislative Assembly of New Brunswick, Canada. It was contested in the 2014 general election, having been created in the 2013 redistribution of electoral boundaries.