My Man Godfrey is a 1957 American CinemaScope comedy film starring June Allyson and David Niven. [1] [2] It was adapted by Peter Berneis, William Bowers and Everett Freeman, and directed by Henry Koster. The film is a color remake of Gregory La Cava's 1936 screwball comedy of the same name. Allyson played the role created by Carole Lombard in the original version, and Niven took on the role made famous by William Powell. Niven had played the role of Tommy Gray, Godfrey's former classmate, in a 1938 radio version.

The plot begins as a zany heiress uses and then takes pity on a man whom she believes to be homeless. She insists the man come home with her and gives him a job as the eccentric family's butler—much to the chagrin of her father, especially when it becomes clear the girl is falling in love with the fellow. The family's new butler, however, harbors a secret: he is actually as wealthy as and, in fact, more well-born than they are.

The film was meant to mark the Hollywood debut of O. W. Fischer, but he was fired two weeks into production and was sued by Universal. [3]

Sandra Annette Bullock is an American actress and producer. The recipient of various accolades, including an Academy Award, a Golden Globe Award, two Screen Actors Guild Awards, and three Critics' Choice Movie Awards, she was the world's highest-paid actress in both 2010 and 2014. In 2010, she was named one of Time's 100 most influential people in the world. 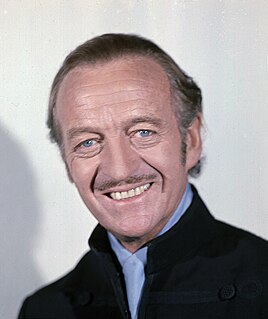 James David Graham Niven was a British actor, memoirist, and novelist. Niven won the Academy Award for Best Actor for his performance as Major Pollock in Separate Tables (1958). Other noted roles included Squadron Leader Peter Carter in A Matter of Life and Death, Phileas Fogg in Around the World in 80 Days, Sir Charles Lytton in The Pink Panther, and James Bond in Casino Royale (1967). 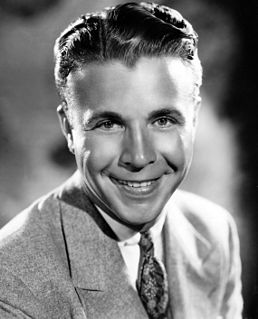 Richard Ewing Powell was an American actor, musician, producer, director, and studio head. Though he came to stardom as a musical comedy performer, he showed versatility, and successfully transformed into a hardboiled leading man, starring in projects of a more dramatic nature. He was the first actor to portray private detective Philip Marlowe on screen. 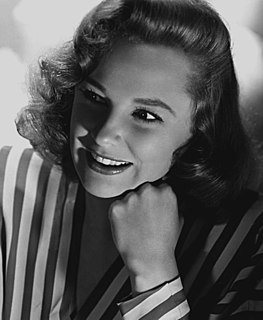 June Allyson was an American stage, film, and television actress, dancer, and singer. 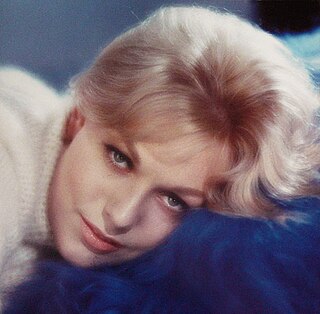 Otto Wilhelm Fischer was an Austrian film and theatre actor, a leading man of West German cinema during the Wirtschaftswunder era of the 1950s and 1960s. 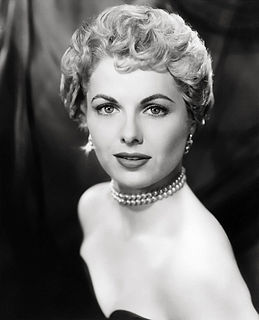 Martha Hyer was an American actress. She is best known for her role as Gwen French in Some Came Running (1958), for which she was nominated for the Academy Award for Best Supporting Actress. Her autobiography, Finding My Way: A Hollywood Memoir, was published in 1990.

Ann Marie Blyth is a retired American actress and singer. For her performance as Veda in the 1945 Michael Curtiz film Mildred Pierce, Blyth was nominated for an Academy Award for Best Supporting Actress. She is one of the last surviving stars from the Golden Age of Hollywood.

Joseph Herman Pasternak was a Hungarian-born American film producer in Hollywood. Pasternak spent the Hollywood "Golden Age" of musicals at MGM Studios, producing many successful musicals with female singing stars like Deanna Durbin, Kathryn Grayson and Jane Powell, as well as swimmer/bathing beauty Esther Williams' films. He produced Judy Garland's final MGM film, Summer Stock, which was released in 1950, and some of Gene Kelly’s early breakthrough roles. Pasternak worked in the film industry for 45 years, from the later silent era until shortly past the end of the classical Hollywood cinema in the early 1960s. 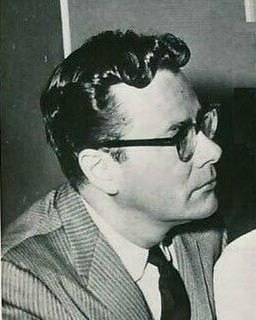 Ross Hunter was an American film and television producer and actor. He is best known for producing light comedies such as Pillow Talk (1959), and the glamorous melodramas Magnificent Obsession (1954), Imitation of Life (1959), and Back Street (1961). 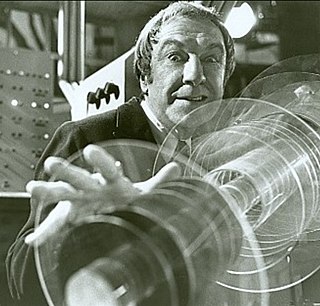 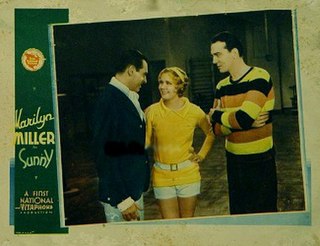 The Lady Takes a Flyer is a 1958 American CinemaScope Eastmancolor comedy-drama romance film released by Universal Pictures. It was directed by Jack Arnold and written by Danny Arnold based on a story by Edmund H. North.