My Six Convicts is a 1952 American film noir crime drama film adapted from the autobiographical book written by Donald Powell Wilson (titled "My Six Convicts: A Psychologist's Three Years in Fort Leavenworth"). The film was adapted for the screen by Michael Blankfort and directed by Hugo Fregonese.

While vintage prints of Wilson's text can be found online, [2] the film adaptation has never seen a home video release. As such, it has almost faded into obscurity, and it is primarily remembered for Millard Mitchell having won a Golden Globe Award for his performance as Connie.

My Six Convicts is the true story of a prison psychologist (John Beal) and his attempts to get through to his incarcerated patients. While dealing with serious issues, the film was created in comedic form. While the film is true to the overall spirit of the book, dramatic license was taken with the adaptation and certain events (e.g., the failed prison break and the resulting death of an innocent inmate) are fictional and were created solely to add dramatic elements to the film.

Les Misérables is a 1935 American drama film starring Fredric March and Charles Laughton based upon the 1862 Victor Hugo novel of the same name. The movie was adapted by W. P. Lipscomb and directed by Richard Boleslawski. This was the last film for Twentieth Century Pictures before it merged with Fox Film Corporation to form 20th Century Fox. The plot of the film basically follows Hugo's novel Les Misérables, but there are many differences. 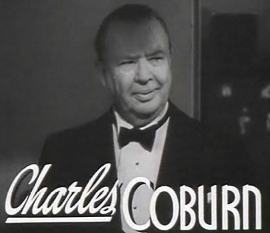 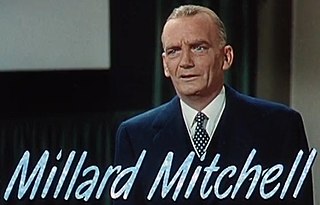 Nicole Kassell is an American film and television director who is noted for her work on films such as The Woodsman and on TV in series such as Vinyl, The Leftovers and Watchmen.

Gregory David Roberts is an Australian author best known for his novel Shantaram. He is a former heroin addict and convicted bank robber who escaped from Pentridge Prison in 1980 and fled to India, where he lived for ten years. 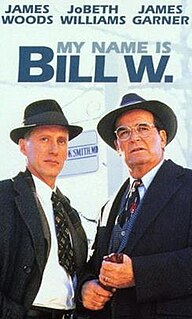 The 10th Golden Globe Awards, honoring the best in film for 1952 films, were held on February 26, 1953, at the Ambassador Hotel in Los Angeles.

Convicts 4 is a 1962 prison film drama starring Ben Gazzara and directed by Millard Kaufman. The film is a fictionalized version of the life of death row convict John Resko, who wrote his autobiography: Reprieve. 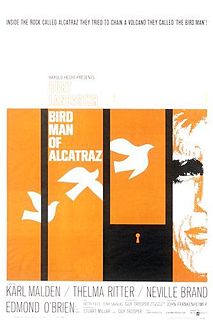 Convicted is a 1950 American crime film noir directed by Henry Levin and starring Glenn Ford and Broderick Crawford. It was the third Columbia Pictures film adaptation of the 1929 stage play The Criminal Code by Martin Flavin, following Howard Hawks's The Criminal Code (1931) and John Brahm's Penitentiary (1938).

Peter Ibbetson is a 1935 American black-and-white drama/fantasy film directed by Henry Hathaway and starring Gary Cooper and Ann Harding. The film is based on the 1891 novel of the same name by George du Maurier. A tale of a love that transcends all obstacles, it relates the story of two youngsters who are separated in childhood and then drawn together by destiny years later. Even though they are separated in real life because Peter is unjustly convicted of murder, they discover they can dream themselves into each other's consciousness while asleep. In this way, they live out their lives together. The transitions between reality and fantasy are captured by the cinematography of Charles Lang, as discussed in the documentary Visions of Light (1992).

Strictly Dishonorable is a 1951 romantic comedy film written, produced and directed by Melvin Frank and Norman Panama, and starring Ezio Pinza and Janet Leigh. It is the second film to be based on Preston Sturges' 1929 hit Broadway play of the same name after a pre-Code film released by Universal Pictures in 1931 with the same title. 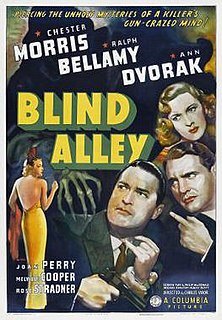 Robert M. Lindner was an American author and psychologist, best known as the author of the 1944 book Rebel Without A Cause: The Hypnoanalysis Of A Criminal Psychopath, from which the title of Nicholas Ray's 1955 film was adapted. His book described a psychopath as someone who is "incapable of exertions for the sake of others". Lindner's arguments on gambling psychology are well regarded and have been noted as "definitive statements" by the American Academy of Political and Social Science.