The neo-Ricardian school is an economic school that derives from the close reading and interpretation of David Ricardo by Piero Sraffa, and from Sraffa's critique of neoclassical economics as presented in his The Production of Commodities by Means of Commodities, and further developed by the neo-Ricardians in the course of the Cambridge capital controversy. It particularly disputes neoclassical theory of income distribution.

The school partially overlaps with post-Keynesian and neo-Marxian economics.

David Ricardo was a British political economist, one of the most influential of the classical economists along with Thomas Malthus, Adam Smith and James Mill.

Maurice Herbert Dobb was a British economist at Cambridge University and a Fellow of Trinity College, Cambridge. He is remembered as one of the pre-eminent Marxist economists of the 20th century.

Ronald Lindley Meek, also known as Ron Meek, was a Marxian economist and social scientist known especially for his scholarly studies of classical political economy and the labour theory of value. During the 1960s and 1970s, his writings had a strong influence on the Western academic discussion about Marx's economic theory.

Ricardian economics are the economic theories of David Ricardo, an English political economist born in 1772 who made a fortune as a stockbroker and loan broker. At the age of 27, he read An Inquiry into the Nature and Causes of Wealth of Nations by Adam Smith and was energized by the theories of economics. 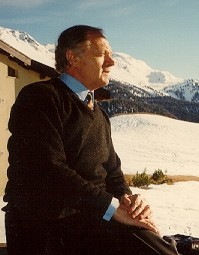 Ricardian socialism is a branch of classical economic thought based upon the work of the economist David Ricardo (1772–1823). The term is used to describe economists in the 1820s and 1830s who developed a theory of capitalist exploitation from the theory developed by Ricardo that stated that labor is the source of all wealth and exchange value. This principle extends back to the principles of English philosopher John Locke. The Ricardian socialists reasoned that labor is entitled to all it produces, and that rent, profit and interest were not natural outgrowths of the free market process but were instead distortions. They argued that private ownership of the means of production should be supplanted by cooperatives owned by associations of workers.

Andrew Kliman is an American economist and professor of Economics. He is the author of several publications on Marxian economics. His book Reclaiming Marx's "Capital" defends the Temporal Single System Interpretation of Karl Marx's labor theory against claims of inconsistency from neoclassical, neo-Ricardian, and other economists.

Anwar M. Shaikh is a Pakistani American heterodox economist in the tradition of classical political economy.

Ian Steedman was for many years a professor of economics at the University of Manchester before moving down the road to Manchester Metropolitan University. He retired from there at the end of 2006, but was appointed as an emeritus professor.

The Cambridge capital controversy, sometimes called "the capital controversy" or "the two Cambridges debate", was a dispute between proponents of two differing theoretical and mathematical positions in economics that started in the 1950s and lasted well into the 1960s. The debate concerned the nature and role of capital goods and a critique of the neoclassical vision of aggregate production and distribution. The name arises from the location of the principals involved in the controversy: the debate was largely between economists such as Joan Robinson and Piero Sraffa at the University of Cambridge in England and economists such as Paul Samuelson and Robert Solow at the Massachusetts Institute of Technology, in Cambridge, Massachusetts.

Krishna Bharadwaj was an Indian Neo-Ricardian economist mainly known for her contributions to the economic development theory and the revival of the ideas of classical economics. She believed that economic theory should be based on concepts which can be observed and be amenable to measurement in reality.