In economics, the freshwater school (or sometimes sweetwater school) comprises US-based macroeconomists who, in the early 1970s, challenged the prevailing consensus in macroeconomics research. A key element of their approach was the argument that macroeconomics had to be dynamic and based on how individuals and institutions interact in markets and make decisions under uncertainty. [1]

The terms "freshwater" and "saltwater" were first used in reference to economists by Robert E. Hall in 1976, to contrast the views of these two groups on macroeconomic research. [1] More than anything else it was a methodological disagreement about to what extent researchers should employ the theory of economic decision making and how individuals and firms interact in markets when striving to account for aggregate ("macroeconomic") phenomena.

In many respects, the saltwater-freshwater dichotomy no longer holds true. [1] [2] [3] In his overview article from 2006, Greg Mankiw writes:

An old adage holds that science progresses funeral by funeral. Today, with the benefits of longer life expectancy, it would be more accurate (if less vivid) to say that science progresses retirement by retirement. In macroeconomics, as the older generation of protagonists has retired or neared retirement, it has been replaced by a younger generation of macroeconomists who have adopted a culture of greater civility. At the same time, a new consensus has emerged about the best way to understand economic fluctuations. [...] Like the neoclassical-Keynesian synthesis of an earlier generation, the new synthesis attempts to merge the strengths of the competing approaches that preceded it. [4]

One of the main differences between so-called "freshwater economics" and "saltwater economics" were in their findings on the effects of and relative importance of structural and discretionary policies.

An implication of saltwater economic theory was that the government has an important role to play in order to actively and discretionarily stabilize the economy over the business cycle through striving to fine-tune "aggregate demand". [5]

Researchers associated with the "freshwater school" found that government economic policies are of utmost importance for both the economy's abilities to respond to shocks and for its long-term potential to provide welfare to its citizens. These economic policies are the rules and structure of the economy. They might be how markets are regulated, what government insurance programs are provided, the tax system, and the degree of redistribution, etc. Most researchers that have been associated with the "freshwater school" have, however, found it hard to identify mechanisms through which it is possible for governments to actively stabilize the economy through discretionary changes in aggregate public spending. [2]

In general, "saltwater economists" insist less on internal model consistency than freshwater economists. Typically, they find "examples of irrational behavior interesting and important." [6] Like behavioral psychologists, they tend to be interested in situations where individuals and groups behave in a seemingly boundedly rational way.

In contrast, freshwater economists have in general been interested in accounting for the behaviour of large groups of people interacting in markets, and believe that understanding market failures requires framing problems that way. [7]

"Freshwater economists" often reject the effectiveness of discretionary changes in aggregate public spending as a means to efficiently stabilize business cycles. Economists loosely associated with the "freshwater school" have found that market failures might be important both as a cause of and as amplification and propagation of business cycles. However, it does not follow from these findings that governments can effectively mitigate business cycles fluctuations through discretionary changes in aggregate public spending or the short-term nominal interest rate. Instead they find, in general, that government policies would be more effective if they concentrate on structural reforms that target identified market failures. These economists also emphasize that the government budget constraint is the unavoidable accounting identity and connection between deficits, debt, and inflation. [7]

Business cycles are intervals of expansion followed by recession in economic activity. They have implications for the welfare of the broad population as well as for private institutions. Typically business cycles are measured by applying a band pass filter to a broad economic indicator such as Real Gross Domestic Production. Here important problems may arise with a commonly used filter called the "ideal filter". For instance if a series is a purely random process without any cycle, an "ideal" filter, better called a block filter, a spurious cycle is produced as output. Fortunately methods such as those in [Harvey and Trimbur, 2003, Review of Economics and Statistics] have been designed so that the band pass filter may be adapted to the time series at hand. 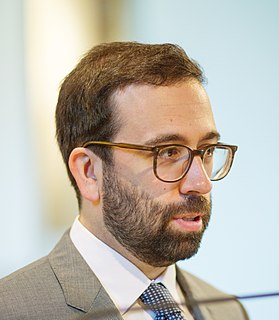 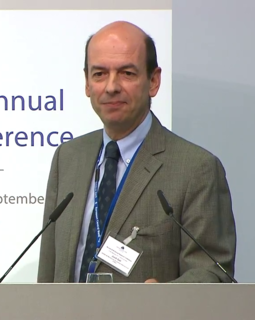 In macroeconomics, particularly in the history of economic thought, the Treasury view is the assertion that fiscal policy has no effect on the total amount of economic activity and unemployment, even during times of economic recession. This view was most famously advanced in the 1930s by the staff of the British Chancellor of the Exchequer. The position can be characterized as:

Any increase in government spending necessarily crowds out an equal amount of private spending or investment, and thus has no net impact on economic activity.

The new neoclassical synthesis (NNS), which is now generally referred to as New Keynesian economics, and occasionally as the New Consensus, is the fusion of the major, modern macroeconomic schools of thought - new classical macroeconomics/real business cycle theory and early New Keynesian economics - into a consensus view on the best way to explain short-run fluctuations in the economy. This new synthesis is analogous to the neoclassical synthesis that combined neoclassical economics with Keynesian macroeconomics. The new synthesis provides the theoretical foundation for much of contemporary mainstream macroeconomics. It is an important part of the theoretical foundation for the work done by the Federal Reserve and many other central banks.