The overshooting model, or the exchange rate overshooting hypothesis, first developed by economist Rudi Dornbusch, is a theoretical explanation for high levels of exchange rate volatility. The key features of the model include the assumptions that goods' prices are sticky, or slow to change, in the short run, but the prices of currencies are flexible, that arbitrage in asset markets holds, via the uncovered interest parity equation, and that expectations of exchange rate changes are "consistent": that is, rational. The most important insight of the model is that adjustment lags in some parts of the economy can induce compensating volatility in others; specifically, when an exogenous variable changes, the short-term effect on the exchange rate can be greater than the long-run effect, so in the short term, the exchange rate overshoots its new equilibrium long-term value. 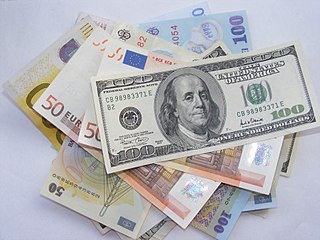 In economics and finance, arbitrage is the practice of taking advantage of a price difference between two or more markets: striking a combination of matching deals that capitalize upon the imbalance, the profit being the difference between the market prices at which the unit is traded. When used by academics, an arbitrage is a transaction that involves no negative cash flow at any probabilistic or temporal state and a positive cash flow in at least one state; in simple terms, it is the possibility of a risk-free profit after transaction costs. For example, an arbitrage opportunity is present when there is the opportunity to instantaneously buy something for a low price and sell it for a higher price.

Dornbusch developed this model back when many economists held the view that ideal markets should reach equilibrium and stay there. Volatility in a market, from this perspective, could only be a consequence of imperfect or asymmetric information or adjustment obstacles in that market. Rejecting this view, Dornbusch argued that volatility is in fact a far more fundamental property than that.

In contract theory and economics, information asymmetry deals with the study of decisions in transactions where one party has more or better information than the other. This asymmetry creates an imbalance of power in transactions, which can sometimes cause the transactions to go away, a kind of market failure in the worst case. Examples of this problem are adverse selection, moral hazard, and monopolies of knowledge.

According to the model, when a change in monetary policy occurs (e.g., an unanticipated permanent increase in the money supply), the market will adjust to a new equilibrium between prices and quantities. Initially, because of the "stickiness" of prices of goods, the new short run equilibrium level will first be achieved through shifts in financial market prices. Then, gradually, as prices of goods "unstick" and shift to the new equilibrium, the foreign exchange market continuously reprices, approaching its new long-term equilibrium level. Only after this process has run its course will a new long-run equilibrium be attained in the domestic money market, the currency exchange market, and the goods market.

The foreign exchange market is a global decentralized or over-the-counter (OTC) market for the trading of currencies. This market determines foreign exchange rates for every currency. It includes all aspects of buying, selling and exchanging currencies at current or determined prices. In terms of trading volume, it is by far the largest market in the world, followed by the Credit market.

Outline of the model

That is to say, the position of the Investment Saving (IS) curve is determined by the volume of injections into the flow of income and by the competitiveness of Home country output measured by the real exchange rate.

The first assumption is essentially saying that the IS curve (demand for goods) position is in some way dependent on the real effective exchange rate Q.

If financial markets can adjust instantaneously and investors are risk neutral, it can be said the uncovered interest rate parity (UIP) holds at all times. That is, the equation r = r* + Δse holds at all times (explanation of this formula is below).

From the above can be derived the following (using algebraic substitution)

from this substitution shows that [8] ŷ/h = ŝ - p_hat That is, in the long run, the only variable that affects the real exchange rate is growth in capacity output.

Also, Δse = 0 (that is, in the long run the expected change of inflection is equal to zero)

comparing [9] & [10], it is clear that the only difference between them is the intercept (that is the slope of both is the same). This reveals that given a rise in money stock pushes up the long run values of both in equally proportional measures, the real exchange rate (q) must remain at the same value as it was before the market shock. Therefore, the properties of the model at the beginning are preserved in long run equilibrium, the original equilibrium was stable.

The standard approach is to rewrite the basic equations [6] & [7] in terms of the deviation from the long run equilibrium). In equilibrium [7] implies 0 = π[h(ŝ-p_hat) - ŷ] Subtracting this from [7] yields 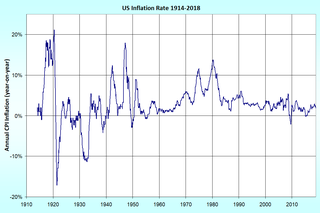 The Black–Scholes or Black–Scholes–Merton model is a mathematical model for the dynamics of a financial market containing derivative investment instruments. From the partial differential equation in the model, known as the Black–Scholes equation, one can deduce the Black–Scholes formula, which gives a theoretical estimate of the price of European-style options and shows that the option has a unique price regardless of the risk of the security and its expected return. The formula led to a boom in options trading and provided mathematical legitimacy to the activities of the Chicago Board Options Exchange and other options markets around the world. It is widely used, although often with some adjustments, by options market participants.

Monetary policy is the policy adopted by the monetary authority of a country that controls either the interest rate payable on very short-term borrowing or the money supply, often targeting inflation or the interest rate to ensure price stability and general trust in the currency.

An open economy is an economy in which there are economic activities between the domestic community and outside. People and even businesses can trade in goods and services with other people and businesses in the international community, and funds can flow as investments across the border. Trade can take the form of managerial exchange, technology transfers, and all kinds of goods and services.

The Mundell–Fleming model, also known as the IS-LM-BoP model, is an economic model first set forth (independently) by Robert Mundell and Marcus Fleming. The model is an extension of the IS-LM model. Whereas the traditional IS-LM model deals with economy under autarky, the Mundell–Fleming model describes a small open economy. Mundell's paper suggests that the model can be applied to Zurich, Brussels and so on.

A sudden stop in capital flows is defined as a sudden slowdown in private capital inflows into emerging market economies, and a corresponding sharp reversal from large current account deficits into smaller deficits or small surpluses. Sudden stops are usually followed by a sharp decrease in output, private spending and credit to the private sector, and real exchange rate depreciation. The term “sudden stop” was inspired by a banker’s comment on a paper by Rüdiger Dornbusch and Alejandro Werner about Mexico, that “it is not speed that kills, it is the sudden stop”.

The International Monetary Fund (IMF), also known as the Fund, is an international organization headquartered in Washington, D.C., consisting of 189 countries working to foster global monetary cooperation, secure financial stability, facilitate international trade, promote high employment and sustainable economic growth, and reduce poverty around the world while periodically depending on World Bank for its resources. Formed in 1944 at the Bretton Woods Conference primarily by the ideas of Harry Dexter White and John Maynard Keynes, it came into formal existence in 1945 with 29 member countries and the goal of reconstructing the international payment system. It now plays a central role in the management of balance of payments difficulties and international financial crises. Countries contribute funds to a pool through a quota system from which countries experiencing balance of payments problems can borrow money. As of 2016, the fund had SDR477 billion.