Economics has been defined as the study of resource allocation under scarcity. Agricultural economics, or the application of economic methods to optimizing the decisions made by agricultural producers, grew to prominence around the turn of the 20th century. The field of agricultural economics can be traced back to works on land economics. Henry Charles Taylor was the greatest contributor with the establishment of the Department of Agricultural Economics at Wisconsin in 1909. [5]

Another contributor, 1979 Nobel Economics Prize winner Theodore Schultz, was among the first to examine development economics as a problem related directly to agriculture. [6] Schultz was also instrumental in establishing econometrics as a tool for use in analyzing agricultural economics empirically; he noted in his landmark 1956 article that agricultural supply analysis is rooted in "shifting sand", implying that it was and is simply not being done correctly. [7]

One scholar summarizes the development of agricultural economics as follows:

Agricultural economics arose in the late 19th century, combined the theory of the firm with marketing and organization theory, and developed throughout the 20th century largely as an empirical branch of general economics. The discipline was closely linked to empirical applications of mathematical statistics and made early and significant contributions to econometric methods. In the 1960s and afterwards, as agricultural sectors in the OECD countries contracted, agricultural economists were drawn to the development problems of poor countries, to the trade and macroeconomic policy implications of agriculture in rich countries, and to a variety of production, consumption, and environmental and resource problems. [8]

Agricultural economists have made many well-known contributions to the economics field with such models as the cobweb model, [9] hedonic regression pricing models, [10] new technology and diffusion models (Zvi Griliches), [11] multifactor productivity and efficiency theory and measurement, [12] [13] and the random coefficients regression. [14] The farm sector is frequently cited as a prime example of the perfect competition economic paradigm.

Since the 1970s, agricultural economics has primarily focused on seven main topics, according to a scholar in the field: agricultural environment and resources; risk and uncertainty; food and consumer economics; prices and incomes; market structures; trade and development; and technical change and human capital. [15]

In the field of environmental economics, agricultural economists have contributed in three main areas: designing incentives to control environmental externalities (such as water pollution due to agricultural production), estimating the value of non-market benefits from natural resources and environmental amenities (such as an appealing rural landscape), and the complex interrelationship between economic activities and environmental consequences. [16] With regard to natural resources, agricultural economists have developed quantitative tools for improving land management, preventing erosion, managing pests, protecting biodiversity, and preventing livestock diseases. [17]

While at one time, the field of agricultural economics was focused primarily on farm-level issues, in recent years agricultural economists have studied diverse topics related to the economics of food consumption. In addition to economists' long-standing emphasis on the effects of prices and incomes, researchers in this field have studied how information and quality attributes influence consumer behavior. Agricultural economists have contributed to understanding how households make choices between purchasing food or preparing it at home, how food prices are determined, definitions of poverty thresholds, how consumers respond to price and income changes in a consistent way, and survey and experimental tools for understanding consumer preferences. [18]

Agricultural economics research has addressed diminishing returns in agricultural production, as well as farmers' costs and supply responses. Much research has applied economic theory to farm-level decisions. Studies of risk and decision-making under uncertainty have real-world applications to crop insurance policies and to understanding how farmers in developing countries make choices about technology adoption. These topics are important for understanding prospects for producing sufficient food for a growing world population, subject to new resource and environmental challenges such as water scarcity and global climate change. [19]

Development economics is broadly concerned with the improvement of living conditions in low-income countries, and the improvement of economic performance in low-income settings. Because agriculture is a large part of most developing economies, both in terms of employment and share of GDP, agricultural economists have been at the forefront of empirical research on development economics, contributing to our understanding of agriculture's role in economic development, economic growth and structural transformation. Many agricultural economists are interested in the food systems of developing economies, the linkages between agriculture and nutrition, and the ways in which agriculture interact with other domains, such as the natural environment. [20] [21]

Graduates from agricultural and applied economics departments find jobs in many sectors of the economy: agricultural management, agribusiness, commodities markets, education, the financial sector, government, natural resource and environmental management, real estate, and public relations. Careers in agricultural economics require at least a bachelor's degree, and research careers in the field require graduate-level training; [23] see Masters in Agricultural Economics. A 2011 study by the Georgetown Center on Education and the Workforce rated agricultural economics tied for 8th out of 171 fields in terms of employability. [24] [25] 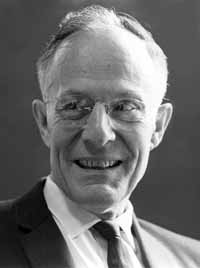 The Pakistan Institute of Development Economics, is a post-graduate research institute, and a public policy think tank located in the vicinity of Islamabad, Pakistan.

Gordon C. Rausser is the Robert Gordon Sproul Distinguished Professor at the University of California, Berkeley who served as Dean of UC Berkeley's College of Natural Resources from 1994-2000. On three separate occasions he served as Chair of his academic department. He is an economist who served on the Council of Economic Advisors under President Ronald Reagan (1986–87) and as Chief Economist at the Agency for International Development (1988–90). He also co-founded the Institute for Policy Reform in Washington, D.C., in 1989. The institute’s purpose was to enhance the foundation for economic growth in developing countries by supporting and disseminating research in the field of economic, finance, and policy reform. Rausser served as president of the IPR for 5 years (1990–94). Rausser’s distinguished governmental service has been recognized with a Superior Unit Citation Award from the Agency for International Development (1990). Dr. Rausser is also Chairman and co-founder of OnPoint Analytics, an economic and statistical consulting firm specializing in litigation and expert witness testimony.

The Association of Environmental and Resource Economists, (AERE), was founded in 1979 in the United States as a means of exchanging ideas, stimulating research, and promoting graduate training in environmental and natural resource economics. The majority of its members are affiliated with universities, government agencies, non-profit research organizations, and consulting firms. Many of AERE's members hold graduate degrees in economics, agricultural economics, or related fields, but there are numerous student members as well, and the organization also serves many non-specialist members with environmental policy interests. The United States is the country with the largest single share of AERE members, but the organization welcomes members from all countries. Annual individual memberships currently number approximately 800. AERE is generally acknowledged as the primary professional organization for Environmental and Natural Resources economists in the USA. The European Association of Environmental and Resource Economists is its European equivalent.

Siegfried von Ciriacy-Wantrup was born in Langenberg, Germany in 1906. After doing his master's work in Illinois, he returned to Bonn to get his Ph.D. in 1931. In 1936, he left Nazi Germany for the United States, arriving at UC Berkeley and the Department of Agricultural and Resource Economics in 1938.

Colin Andre Carter is Professor of Agricultural and Resource Economics at the University of California, Davis. His research/teaching interests include international trade, futures markets, and commodity markets.

The European Association of Environmental and Resource Economists (EAERE) is an international scientific association. Its aims are:

Applied Economic Perspectives and Policy (AEPP) is a peer-reviewed journal of applied economics and policy. Published four times per year, it is the one of two journals published by the Agricultural & Applied Economics Association (AAEA), along with the American Journal of Agricultural Economics (AJAE). Today is the leading journal in 'applied economics' with a 2011 impact factor of 1.552.

Jayson Lusk is an economist, Distinguished Professor and Department Head in the Department of Agricultural Economics at Purdue University. He authors books and articles related to contemporary food policy issues.

George Stanford Tolley is an agricultural economist at the University of Chicago. Along with the faculty at the University of Chicago, he has worked on the faculty of North Carolina State University. In 1965-1966, he was Director of the Economic Development Division of the Economic Research Service at the US Department of Agriculture, and in 1974-1975 he was Deputy Assistant Secretary and Director of the Office of Tax Analysis at the US Department of Treasury.

John Donald Black was an American economist. He was a professor of economics at University of Minnesota from 1918 to 1927, and then from 1927 to 1956 at Harvard University. Black was one of the authors of the Agricultural Adjustment Act. He was also president of the American Economic Association in 1955. Black died at a Boston hospital in 1960. Gerald Shively is an American economist and Professor in the Department of Agricultural Economics at Purdue University. He teaches and publishes research articles and books related to contemporary policy-related issues in economic development. His specializations are in poverty, food security and sustainable development. 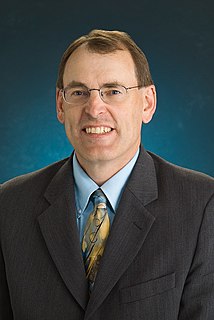 Scott H. Irwin is the Laurence J. Norton Chair of Agricultural Marketing and professor in the department of agricultural and consumer economics at the University of Illinois at Urbana-Champaign.