Nicholas Peter Andrew Grimshaw (born 14 August 1984), also known as Grimmy, is an English television and radio presenter. He became known for having hosted a variety of shows on BBC Radio 1. He is also known for his Channel 4 roles in T4 and The Album Chart Show . In 2015, he was a judge on the twelfth series of The X Factor .

From October 2008 to May 2009, Grimshaw hosted Radio 1's Weekend Breakfast Show. Grimshaw then went on to present the 10 pm –midnight slot on BBC Radio 1 on 1 June 2009, following the departure of Colin Murray. He regularly joked about how long his position at BBC Radio 1 would last and whether he would actually be able to complete his long list of "1000 Albums Everyone Says You Should Listen To But We Only Have Time To Play One Track So Here It Is" which was a nightly feature on his show. He managed to reach number 369, before he left for the breakfast show. [2]

On 11 July 2012 it was announced that Grimshaw would replace the long-standing Chris Moyles as host of The Radio 1 Breakfast Show . [3] The last live show was broadcast on 12 September 2012, [4] although the last show broadcast under the show's name was a pre-recorded episode entitled "The 1000 Albums Show". [5] His first programme was on 24 September 2012. [6]

In November 2012, Grimshaw attracted criticism from Magic Radio breakfast presenter Neil Fox for comments he made about Radio 1's decision to omit Robbie Williams's "Candy" from its A-List playlist – reportedly due to being "too old" for the station's target demographic. [7]

Some days later, Grimshaw was in tabloid headlines when the papers in question claimed he refused to promote Rihanna's latest album because she cancelled an interview with him – a claim which Grimshaw denied, noting that his snub was intended to be "tongue in cheek". [8]

On 24 October 2013, it was reported that Grimshaw's Breakfast Show had one million fewer listeners than Moyles' and that its audience figures were the worst for the station in over a decade, with BBC Radio 2, BBC Radio 3 and BBC Radio 4 all beating it in the ratings. At the time, Grimshaw's show was close to the record low of 5.5 million listeners, set by Sara Cox in 2003, toward the end of her three-year tenure hosting the show. [9]

The BBC claimed that this was part of the goal to attract younger listeners, while shedding the over-25s. [12]

In May 2015, Grimshaw's Breakfast Show fell to 5.5 million listeners a week, becoming tied with Sara Cox's show for the lowest number of listeners in Radio 1's history. The station controller Ben Cooper congratulated Grimshaw saying, "I'm pleased that Grimmy is doing what I've asked of him by keeping his young audience happy and scaring off the over-30s.". [16] In August 2016, listener figures were reported to have dropped to 5.4 million, down 400,000 year-on-year, and making it the lowest listened to breakfast show in the station's history. [17]

In October 2017, Grimshaw's Breakfast Show fell to 4.93 million listeners a week, the lowest listening figures for BBC Radio 1's breakfast show since records began. Controller Ben Cooper defended the stats and said it was still "the most relevant youth brand in the UK today". [19]

On 31 May 2018, it was announced that Grimshaw would be leaving the breakfast show and effectively swapping show with Greg James. The move meant Grimshaw took over the 4-7pm drivetime slot. [20]

Grimshaw's career started on UK entertainment channel E4, hosting daily shows. In September 2007, he crossed over to Channel 4, hosting the daily breakfast show Freshly Squeezed with Alexa Chung and more recently Jameela Jamil, airing 7 am on weekdays. The pair went on to host various award shows for TV and coverage from music events and festivals for Channel 4. As well as hosting the radio show BBC Switch for BBC Radio 1, Grimshaw and Annie Mac teamed up to host music show Sound for BBC Two. He presented the first ever BBC Switch Awards show with Kimberley Walsh of Girls Aloud on BBC One.

In Summer 2011, Grimshaw hosted a live 6-part series for Channel 4 on Saturdays entitled New Look Style the Nation, in which hopeful fashion designers competed for a job at New Look.

In 2012, Grimshaw co-presented the iTunes Festival with Annie Mac throughout September for Channel 4.

In late 2013, Grimshaw appeared in as many soap operas he could, filming cameo roles in EastEnders , Coronation Street , Emmerdale , Hollyoaks and Home and Away . [24] In 2013, he narrated Hotel of Mum and Dad for BBC Three.

In 2014, Grimshaw presented The Brits Are Coming , the show that revealed some of the nominees at the 2014 Brit Awards.

On 16 June 2015, it was revealed that Grimshaw would join the twelfth series of The X Factor as a judge to replace Louis Walsh. [26] He was selected to mentor the "Boys" category and chose Mason Noise, Ché Chesterman and Seann Miley Moore for the live shows. Following the eliminations of Moore in week 2 and Noise in week 4, he guided Chesterman through to the final, where he finished in third place. On 19 February 2016, Grimshaw announced he would not be returning to the show for its thirteenth series and was replaced by Walsh. [ citation needed ]

Since June 2019, Grimshaw has appeared on Celebrity Gogglebox alongside his niece Liv, as well as the Stand Up to Cancer specials.

In spring 2021, Grimshaw appeared as a contestant on The Great British Bake Off For Stand Up To Cancer. [27]

Grimshaw has expressed his interest for contemporary art and set design. In 2016, he sold one of his paintings as part of a secret charity auction during Frieze Art Fair. [28]

He is an ambassador for the Royal Academy of Arts. In 2017, he was commissioned to design a Christmas tree in celebration of the Academy's 250th anniversary. [29]

He makes a cameo appearance as his own self in Absolutely Fabulous: The Movie (2016). [32]

Nick Grimshaw was awarded the title of GQ's Best-Dressed Man of the Year in 2014 by the British edition of GQ Magazine. [38]

As of October 2018, Nick Grimshaw is in a relationship with dancer and model Meshach 'Mesh' Henry. They live in Stoke Newington in North London, with two dogs. [39]

As of 2018, Grimshaw is an ambassador for The Albert Kennedy Trust, also known as Akt, a charity helping homeless LGBT youth. [40] [41]

Christopher David Moyles is an English radio and television presenter, author and presenter of The Chris Moyles Show on Radio X. 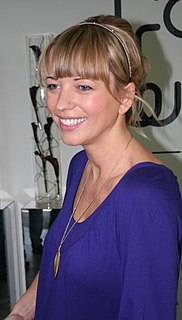 Simon Philip Bates is an English disc jockey and radio presenter. Between 1976 and 1993 he worked at BBC Radio 1, presenting the station's weekday mid-morning show for most of this period. He later became a regular presenter on Classic FM. He hosted the breakfast show on Smooth Radio from January 2011 until March 2014, and took on the same role at BBC Radio Devon from January 2015 until January 2017. He was the first presenter of BBC Two's Food and Drink programme in 1982. 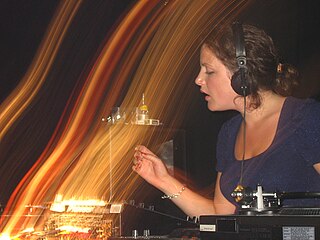 Scott Mills is a Sony Radio Academy Award-winning radio show, broadcast Monday – Thursday afternoons on BBC Radio 1 from 1–3:30 pm. On Fridays, Mills hosts The Official Chart from 4–6pm. The show originally aired from 4–7 pm from 7 June 2004 until 30 March 2012 and 1–4 pm until 26 March 2020 when the show was extended for four hours due to the coronavirus pandemic. It is hosted by Scott Mills, with contributions from Chris Stark. Previous contributors have included Mark Chapman, Laura Sayers, and Beccy Huxtable, the last of whom left the show on 18 January 2013. 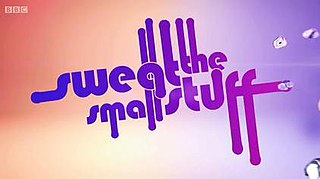 BBC Switch was the brand for BBC content aimed at UK teenagers. The brand launched on Saturday 20 October 2007 on BBC Two and ceased broadcasting on 18 December 2010. It included a block of television programmes on BBC Two, an online portal, and programming on the BBC's youth radio station, BBC Radio 1. It was BBC Two's second programming block aimed at teenagers, following on from DEF II.

Gregory James Alan Milward is an English broadcaster, comedian and author. He is the host of BBC Radio 1's breakfast show, co-presenter on the cricket podcast Tailenders alongside Felix White and James Anderson and writer of the Kid Normal book series alongside Chris Smith.

This is a list of events in British radio during 2012.

Greg James was a British weekday radio show previously broadcast on BBC Radio 1, starring Greg James as the main presenter. It was broadcast Monday to Thursday from 4:00pm until 7:00pm, which included a 15-minute break for Newsbeat at 5:45pm. The main focus of the show was music and entertainment in the form of features and celebrity interviews. The show achieved a Sony Radio Academy Award in 2014 for 'Best Entertainment Programme' and an ARIA in 2016 for 'Best Entertainment Production'. The final show aired on 19 July 2018 as James went on to present Radio 1 Breakfast.