Out to Sea is a 1997 American romantic comedy film, starring Jack Lemmon, Walter Matthau, Rue McClanahan, Dyan Cannon, and Brent Spiner. It was the final film for Donald O'Connor, Gloria DeHaven, and Edward Mulhare; Mulhare died on May 24, 1997, almost six weeks before the film's release.

Out to Sea was directed by Martha Coolidge, with a screenplay by Robert Nelson Jacobs. The original music score was composed by Michael Muhlfriedel and David Newman.

Compulsive gambler Charlie Gordon cons his brother-in-law, widower Herb Sullivan, whose wife Susie was Charlie's sister, into an all expenses-paid luxury Holland America Mexican cruise. The catch, which Charlie does not reveal to Herb until the ship has left port, is that they are required to work as dance hosts. They must sleep in a cramped cabin in the bowels of the ship, and if they do not dance, they will get fired and have to pay nearly $3,000 (later Herb finds out it's really over $5,000) for the cruise or get thrown off the ship.

Ruled over by tyrannical, control-freak cruise director Gil Godwyn ("a song and dance man raised on a military base"), they do their best, despite Charlie's not actually being able to dance. Each meets a lady of interest. One is the luscious heiress Liz LaBreche, whose wealth attracts Charlie every bit as much as the rest of her does even though her wealth isn't real. The other is lovely widow Vivian who was a successful book editor and who is under the impression that Herb is really a doctor, not a dancer. Vivian came on board on the ship with her daughter and her newlywed husband to help her start dating again. After finally telling her the truth, Herb soon finds himself quite attracted to Vivian, and eventually the feeling becomes mutual. However, Herb is still very much in love with Susie which conflicts his very growing feelings for Vivian, leading him to eventually stand her up on the day that they were supposed to view the rare solar eclipse together. Charlie doesn't know that Liz is broke and came on board the ship to land a rich man.

By the time Charlie literally drags ship owner Mrs. Carruthers across the dance floor in a clumsy manner, yet surprisingly greatly pleases Mrs. Carruthers. Charlie sets up Mrs. Caruthers to meet Gil in the latter's room under difference circumstances that neither are true. He being told he's about to get a big promotion and her thinking he's romantically interested in her. This was set in motion to enable Charlie to continue his charade and he and Liz spend the night together. During the eclipse, Charlie and Liz propose to each other and make plans to get married immediately. Liz's mom is ecstatic to having landed a rich guy, yet Liz has lost interest in how much money Charlie may have and is truly falling in love with him. However, Gil, figuring out that Charlie was in his room busts him in front of Liz and her mother who promptly dumps him and they decide to leave the cruise immediately. They make their getaway with Vivian on a plane.

Herb decides against starting a new relationship with Vivian until Charlie reminds him that Susie was his sister long before she was Herb's wife, emphasizing that Susie would never want Herb to spend the rest of his life completely alone and unhappy.

Herb and Charlie both realizing they are really in love with the women decide to go after them. Herb and Charlie are preparing to launch a lifeboat to get off the ship. Gil finds them and Herb finally stands up to him and tells him off. This sets off Gil who goes on a total tirade as Herb & Charlie leave, however, Mrs. Caruthers is there with two other dance hosts and hears him say disparaging remarks about her. She promptly fires him, calling him an asshole and giving his job to one of the other dance hosts. Herb and Charlie find the plane trying to fly and call out to all to come back. They set off a flare that Vivian sees and reminds him of a story he told her. The plans lands and everyone tells the truth about everything. Charlie and Liz still continue dating, but Charlie made some good money that he won on a poker game from a rich guy that he had originally torn up to impress Liz and he later taped it back together. Herb and Vivian are together as well.

End credits show bloopers and that Gil is now just a dance host and is absolutely miserable.

The movie received an unenthusiastic review from Janet Maslin in The New York Times . She described the film as a "weak but genial romp." She credits Brent Spiner as a funny "scene-stealer" and says that Ms DeHaven is "almost as pretty" in this film as she was in Charlie Chaplin's Modern Times (1936), and says that Donald O'Connor's dancing "draw[s] a well-deserved round of applause". [1] 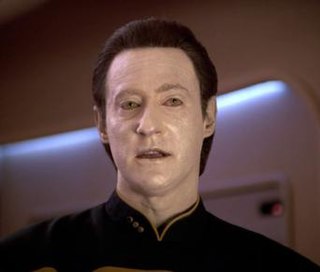 The Rat Race is a 1960 American drama film adapted from the play of the same name by Garson Kanin. Directed by Robert Mulligan, it stars Tony Curtis and Debbie Reynolds as struggling young entertainment professionals in New York City. Filming took place in Pittsburgh, Pennsylvania. Sam Butera and Gerry Mulligan have minor roles as saxophonists. 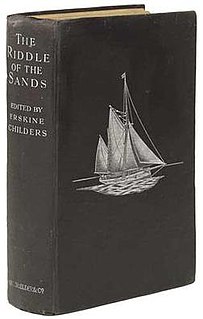 The Riddle of the Sands: A Record of Secret Service is a 1903 novel by Erskine Childers. The book, which enjoyed immense popularity in the years before World War I, is an early example of the espionage novel and was extremely influential in the genre of spy fiction. It has been made into feature-length films for both cinema and television.

Carry On Cruising is a 1962 British comedy film, the sixth in the series of 31 Carry On films (1958–1992). It was based on an original story by Eric Barker. P&O – Orient Lines were thanked in the credits. Regulars Sid James, Kenneth Williams and Kenneth Connor appear in the film, whereas Joan Sims and Charles Hawtrey do not. Sims took ill shortly before filming began and was replaced by Dilys Laye, making her Carry On debut, at four days' notice. Hawtrey was dropped for demanding star billing, but returned for the next entry, making this the only entry during Hawtrey's 23-film run which he missed. Sims returned two years later in Carry On Cleo. Liz Fraser notches up the second of her four appearances here. Lance Percival makes his only appearance in the series in Carry On Cruising, playing the ship's chef, the role originally designated for Hawtrey. The Australian actor Vincent Ball also makes his first, of two, Carry On appearances. This was the last film to have its screenplay written by Norman Hudis. This film was notable for being the first in the series to be filmed in colour. 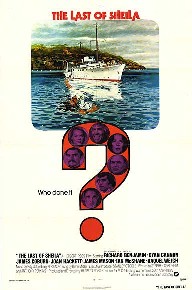 Jitterbugs is a 1943 Laurel and Hardy feature film produced by Sol M. Wurtzel and directed by Mal St.Clair.

The Birds and the Bees is a 1956 screwball comedy film with songs, starring George Gobel, Mitzi Gaynor and David Niven. A remake of Preston Sturges' 1941 film The Lady Eve, which was based on a story by Monckton Hoffe, the film was directed by Norman Taurog and written by Sidney Sheldon. The costumes for the film were designed by Edith Head. 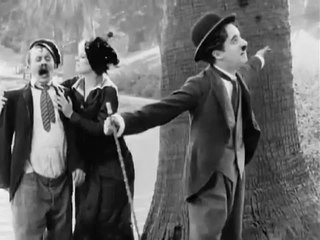 Those Love Pangs, also known as The Rival Mashers, is an American silent comedy film. It was released in 1914 produced by Keystone Studios starring Charlie Chaplin and Chester Conklin with the participation of Cecile Arnold, Vivian Edwards and Helen Carruthers. 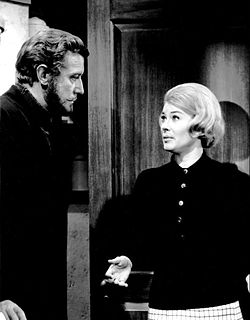 The Ghost & Mrs. Muir is an American sitcom based on the 1947 film of the same name, which was based on the 1945 novel by R. A. Dick. It premiered in September 1968 on NBC. After NBC cancelled the series at the end of its first season, it was picked up by ABC for its second season before being cancelled a final time.

Fire Down Below is a 1957 British-American south seas adventure drama film with a screenplay written by novelist Irwin Shaw, starring Rita Hayworth, Robert Mitchum and Jack Lemmon, and directed by Robert Parrish. Based on Max Catto's 1954 novel with the same title, the picture was made by Warwick Films on location in Trinidad and Tobago, in Technicolor and CinemaScope, and released by Columbia Pictures.

Are You With It? is a 1948 American musical comedy film directed by Jack Hively. The plot is about a young insurance man who quits his job to join a traveling carnival. The film is based on the 1945 Broadway musical of the same name and the 1941 novel Slightly Perfect by George Malcolm-Smith. The film stars Donald O'Connor, Olga San Juan, Martha Stewart and Lew Parker. Parker reprised his role from the musical. 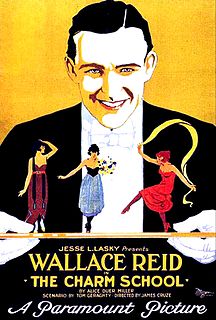 The Charm School is a lost 1921 American silent comedy film starring Wallace Reid. Produced by Famous Players-Lasky and distributed through Paramount Pictures this James Cruze directed film was based on a 1920 Broadway stage play and novel by Alice Duer Miller that starred veteran actress Minnie Dupree. It is currently a lost film. It was filmed on the campus of Pomona College in Claremont, California.

Ciaran McCarthy is a fictional character from the British ITV soap opera, Coronation Street, portrayed by Keith Duffy. He made his first on-screen appearance on 7 August 2002, before departing in 2005. He returned in 2010 until Duffy temporary departed in January 2011 to go on Boyzone Tour, and returned on 3 November 2011. Duffy departed the role again on 25 November 2011 due to family commitments although he stated his intention to eventually return as Ciaran. In his duration on the show the character has been at the centre of several romances including relationships with Sunita Alahan, Tracy Barlow and Michelle Connor. Ciaran has been characterised as a ladies' man and a charmer. The character is also known for his "sex symbol" status. Duffy has received nominations at various soap award ceremonies for his portrayal of Ciaran.

The Marvelous Mrs. Maisel is an American period comedy-drama streaming television series, created by Amy Sherman-Palladino, that premiered on March 17, 2017, on Prime Video. Taking place in the late 1950s and early 1960s, the series stars Rachel Brosnahan as Miriam "Midge" Maisel, a housewife in New York City who discovers she has a knack for stand-up comedy and pursues a career in it. The rest of the main cast consists of Alex Borstein, Michael Zegen, Marin Hinkle, Tony Shalhoub, Kevin Pollak, Caroline Aaron, and Jane Lynch. Following the premiere of the pilot episode to critical acclaim, the series was picked up by Amazon Studios. The second season was released on December 5, 2018, and the third was released on December 6, 2019. The series was renewed for a fourth season on December 12, 2019.