The film's sets were designed by the art director Roger Caccia.

Jean Sablon was a French singer, songwriter, composer and actor. He was one of the first French singers to immerse himself in jazz. The man behind several songs by big French and American names, he was the first to use a microphone on a French stage in 1936. Star of vinyl and the radio, he left France in 1937 to take up a contract with NBC in the United States. His radio and later televised shows made him a huge star in America. Henceforth the most international of French singers among his contemporaries, he became an ambassador of French songwriting and dedicated his career to touring internationally, occasionally returning to France to appear on stage. His sixty-one year career came to an end in 1984. 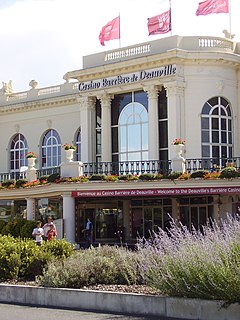 Deauville is a commune in the Calvados département in the Normandy region in northwestern France. Major attractions include its harbour, race course, marinas, conference centre, villas, Grand Casino, and sumptuous hotels. The first Deauville Asian Film Festival took place in 1999. Deauville is regarded as the "queen of the Norman beaches" and one of the most prestigious seaside resorts in all of France. As the closest seaside resort to Paris, the city and its region of the Côte Fleurie has long been home to French high society's seaside houses and is often referred to as the Parisian riviera.

Sablon is a fine sand used as an abrasive and may refer to the following: 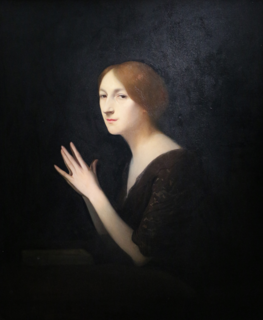 Marguerite Moreno was a French stage and film actress. 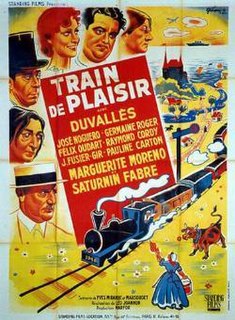 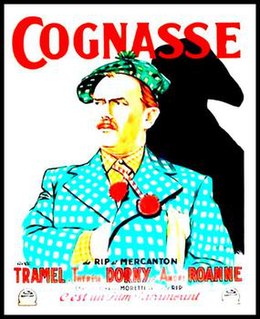 Cognasse is a 1932 French comedy film directed by Louis Mercanton and starring Tramel, Thérèse Dorny and Marguerite Moreno. The film was made at the Joinville Studios by the French subsidiary of Paramount Pictures.

André Eugène Sablon was a 20th-century French composer. Prematurely died at the age of 51, he is buried at Montparnasse Cemetery.

The Loves of Rocambole is a 1924 French silent film directed by Charles Maudru and starring Maurice Thorèze, Claude Mérelle and Albert Decoeur.

Paradise Lost is a 1940 French war drama film directed by Abel Gance and starring Fernand Gravey, Elvire Popesco and Micheline Presle. In pre-First World War Paris, an aspiring artist falls in love with a dressmaker. After she dies in childbirth he volunteers to take part in a dangerous mission during the war. Badly wounded, he nonetheless recovers, and returns home to bring up his only daughter. 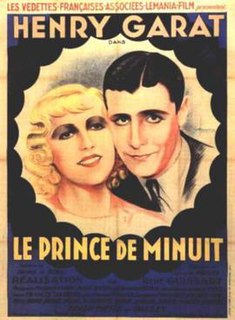 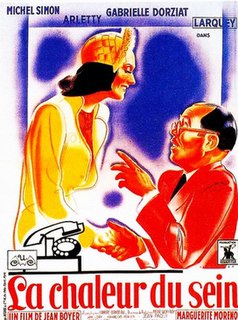 Mother Love is a 1938 French comedy drama film directed by Jean Boyer and starring Michel Simon, Arletty and Gabrielle Dorziat. It was based on a play by André Birabeau.

Everybody Wins is a 1930 French-German comedy film directed by René Pujol and Hans Steinhoff and starring Renée Héribel, Gaby Basset and Jean Gabin. It was made as a co-production between France and Germany, with a separate German-language version Headfirst into Happiness also being shot using a different cast.