Paul M. English (born 1963) [1] [2] is the founder of several software companies and a philanthropist. He is the CTO and co-founder of Lola.com, [3] a Boston-based travel service. English was previously the CTO and cofounder of Kayak.com. KAYAK was acquired by Priceline in November 2012 for 1.8 billion dollars. [4] English founded the business travel startup Lola in 2015 and was its first CEO.

English worked in as SVP of Engineering and SVP of Product Management and Marketing at Interleaf in Waltham, Massachusetts from 1995 to 1998. He was also the President of Boston Light Software, an ecommerce company he co-founded in Arlington, Massachusetts in 1998 and sold to Intuit in 1999. [6]

He was a Director at Intermute from 1999 to 2005, a company he co-founded with his brother Ed English. InterMute was sold to Trend Micro in May 2005. [7] At Intermute, Paul English led the design and development of “SpamSubtract”. In 2008–2009, he served as the Chief Technology Director of the Division of Social Medicine and Health Inequality [8] at the Brigham and Women’s Hospital in Boston, Massachusetts.

English is the founder of “GetHuman.com” [9] which seeks to restore personal contact in customer service.

In July 2015, English founded the travel startup Lola.com and was the founding CEO. Lola initially used chat and AI to create a more efficient way to book travel. Until July 2016, English was a part-time instructor at MIT Sloan School of Management, where he taught entrepreneurship. [10] The University of Massachusetts Boston is a public research university in Boston, Massachusetts. It is the only public research university in Boston and the third-largest campus in the five-campus University of Massachusetts system. UMass Boston is the third most diverse university in the United States. While a majority of UMass Boston students are Massachusetts residents, international students and students from other states make up a significant portion of the student body. Founded with a distinct urban mission, UMass Boston has a long history of serving the city of Boston, including numerous partnerships with local community organizations. It is an official member institution of the Coalition of Urban Serving Universities and the Coalition of Urban and Metropolitan Universities. It is classified among "R2: Doctoral Universities – High research activity". 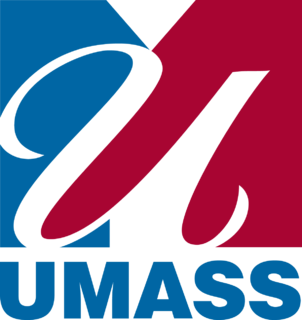 The University of Massachusetts is the five-campus public university system and the only public research system in the Commonwealth of Massachusetts. The university system includes five campuses, and a satellite campus, with system administration in Boston and Shrewsbury. The system is accredited by the New England Association of Schools and Colleges and across its campuses enrolls 73,000 students.

Shuman Ghosemajumder is a Canadian technologist, entrepreneur, and author. He is the former click fraud czar at Google, the author of works on technology and business including the Open Music Model, and co-founder of TeachAIDS. He is currently Chief Technology Officer for Shape Security.

Ira A. Jackson was the director of the Center for Business and Government at Harvard University's John F. Kennedy School of Government. Earlier, he was senior associate dean of Harvard's Kennedy School during its formative growth years. Jackson was also executive vice president of BankBoston. From 1983 to 1987 he served as Massachusetts Commissioner of Revenue, and was chief of staff for Boston Mayor Kevin White.

Michael Ralph Stonebraker is a computer scientist specializing in database research. Through a series of academic prototypes and commercial startups, Stonebraker's research and products are central to many relational database systems. He is also the founder of many database companies, including Ingres Corporation, Illustra, Paradigm4, StreamBase Systems, Tamr, Vertica and VoltDB, and served as chief technical officer of Informix. He is also an editor for the book Readings in Database Systems.

General Catalyst is an American venture capital firm focused on early stage and growth investments. The firm was founded in 2000 in Cambridge, Massachusetts, and also has offices in San Francisco, Palo Alto and New York City.

Timothy “Scott” Case, or T. Scott Case is a technologist, entrepreneur, and inventor, and was founding CTO of Priceline.com, the internet travel service that reached one billion dollars in annual sales in less than 24 months. As Chief Technology Officer, Case was responsible for building the technology that enabled Priceline’s hyper-growth. T. Scott Case currently serves as the President of Upside.com. 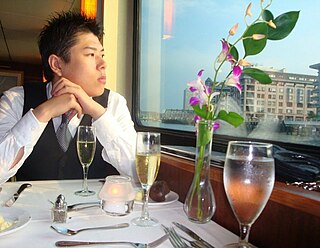 Wayne Chang is an American entrepreneur, angel investor, film producer, and philanthropist. He is best known for founding Crashlytics, a startup acquired by Twitter in 2013; creating a filesharing network called i2hub; making seed investments in companies including JetSmarter, Draftkings, and Gusto; and his lawsuit against the Winklevoss brothers.

Brian Halligan is an American executive and author. He is CEO and co-founder of HubSpot, an inbound marketing and sales software company based in Cambridge, Massachusetts, and is also a senior lecturer at MIT. Halligan uses the term inbound marketing to describe the type of marketing he advocates.

Booking Holdings Inc. is an American company organized in Delaware and based in Norwalk, Connecticut, that owns and operates several travel fare aggregators and travel fare metasearch engines including namesake and flagship Booking.com, Priceline.com, Agoda.com, Kayak.com, Cheapflights, Rentalcars.com, Momondo, and OpenTable. It operates websites in about 40 languages and 200 countries.

Antonio Rodriguez is a serial entrepreneur and venture capitalist.

Raymond Stuart Stata is an American entrepreneur, engineer and investor.

David Cancel is an American entrepreneur, investor, and founder of several software companies. He is the CEO and founder of Drift, a Cambridge, Massachusetts-based company which creates messaging software for businesses. 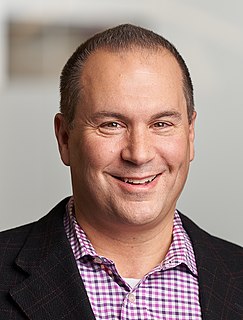 Timothy Rowe is the founder and CEO of Cambridge Innovation Center (CIC), founder of Venture Café, partner of New Atlantic Ventures, Chair of LabCentral, and Chair of MassRobotics. Previously, Tim has served as a lecturer at the MIT Sloan School of Management, a manager with the Boston Consulting Group, and an analyst with the Mitsubishi Research Institute. Tim speaks Spanish and Japanese fluently and holds an MBA from MIT’s Sloan School of Management and a BA from Amherst College.

Lola.com is a software as a service (SaaS) company based in Boston, Massachusetts. It is best known for developing corporate travel management and expense software for web browsers, the App Store and Google Play. The company was founded in 2015 by former Kayak.com executives, Paul M. English and Bill O'Donnell.