He is best known for winning the 800 metres at the 1982 Commonwealth Games in Brisbane. 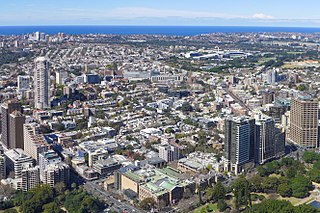 Darlinghurst is an inner-city, eastern suburb of Sydney, New South Wales, Australia. Darlinghurst is located immediately east of the Sydney central business district (CBD) and Hyde Park, within the local government area of the City of Sydney.

Bourke is a town in the north-west of New South Wales, Australia. The administrative centre and largest town in Bourke Shire, Bourke is approximately 800 kilometres (500 mi) north-west of the state capital, Sydney, on the south bank of the Darling River.

General Sir Richard Bourke, KCB, was an Irish-born British Army officer who served as Governor of New South Wales from 1831 to 1837. As a lifelong Whig (Liberal), he encouraged the emancipation of convicts and helped bring forward the ending of penal transportation to Australia. In this, he faced strong opposition from the landlord establishment and its press. He approved a new settlement on the Yarra River, and named it Melbourne, in honour of the incumbent British prime minister, Lord Melbourne.

Bourke's parrot, also known as the blue-vented parrot, sundown parrot, pink-bellied parrot, Bourke's parakeet, Bourke or "Bourkie", is a small parrot found in Australia and the only species in its genus, Neopsephotus. It is approximately 19 cm long and weighing around 45 grams. It is named after General Sir Richard Bourke, Governor of New South Wales from 1831 to 1837.

The following lists events that happened during 1835 in Australia.

Francis William Bourke is a former Australian rules footballer and coach who represented Richmond in the Victorian Football League (VFL) between 1967 and 1981, and coached the club in 1982 and 1983.

The Academy of the Social Sciences in Australia (ASSA) is an independent, non-governmental organisation devoted to the advancement of knowledge and research in the social sciences.

Australia hosted the 1982 Commonwealth Games in Brisbane, Queensland and their team was abbreviated AUS. 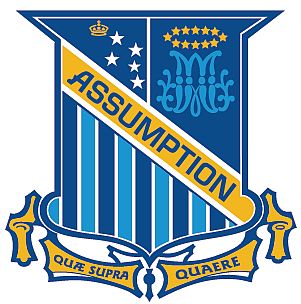 Assumption College is an Australian Roman Catholic co-educational secondary day and boarding school. The school is located in the town of Kilmore, Victoria. 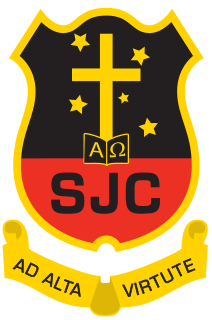 St Joseph's College, sometimes referred to colloquially as Joeys or SJC, is a Roman Catholic Independent school for boys, and is located in the inner Geelong suburb of Newtown. It is run under the auspices of the Congregation of Christian Brothers and provides education from year 7-12, offering a broad range of curricular choices for its students in middle and senior schools including VCE, VET and VCAL. In 2014 the Year 9 Westcourt Campus began operation, and the Joseph Innovation Trade Training Centre also commenced classes offering a broad range of study options. The current Principal is Tony Paatsch. The two Deputy Principals are Michelle Broderick and Mark Kennedy. 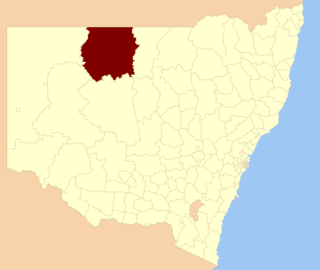 The following lists events that happened during 1834 in Australia.

The County of Bourke is one of the 37 counties of Victoria which are part of the Lands administrative divisions of Australia, used for land titles. It is the oldest and most populous county in Victoria and contains the city of Melbourne. Like other counties in Victoria, it is subdivided into parishes. The county was named after General Sir Richard Bourke, the Governor of New South Wales between 1831 and 1837. It is bordered by the Werribee River in the west, the Great Dividing Range in the north, Port Phillip in the south, and by Dandenong Creek, a small part of the Yarra River, and the Plenty River in the east. The county was proclaimed in 1853.

Tim Bourke is an Australian bridge player and writer. He is internationally renowned as a collector and composer of bridge hands, or deals, having composed most of those in David Bird's "Abbot" series since 1996. 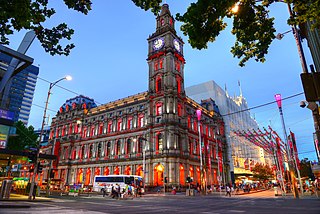 Peter Bourke is a former Australian rules footballer who played with Essendon and Fitzroy in the Victorian Football League (VFL).

Peter Bourke may refer to:

On 9 November 2018, a male attacker, Hassan Khalif Shire Ali, set his car on fire and stabbed three people, one fatally, in the Central Business District of Melbourne, Australia, before being shot and killed by police. The incident is being treated as "terror-related" by Victoria Police.