Goetz was born in Buffalo, New York, the son of Esther L. and Irving A. Goetz, a construction engineer. [2]

After college, Goetz joined the Guthrie Theater in Minneapolis, where over the course of 40 years he has appeared in numerous productions, including Death of a Salesman , All My Sons , A Moon for the Misbegotten , The National Health , An Enemy of the People , Cat on a Hot Tin Roof , The Matchmaker , Arsenic and Old Lace , Waiting for Godot , A Midsummer Night's Dream , and The Taming of the Shrew . [3]

Goetz made his Broadway debut as John Barrymore in the 1981 Colleen Dewhurst-directed play Ned and Jack, which closed on opening night. Additional New York City theatre credits include Beyond Therapy , Brighton Beach Memoirs , The Government Inspector , The Last Night of Ballyhoo , Macbeth , and the off-Broadway productions The Jail Diary of Albie Sachs and Alan Ayckbourn's Comic Potential .

Feature films in which Goetz has appeared include Wolfen , Prince of the City , The World According to Garp , Jumpin' Jack Flash , King Kong Lives , Father of the Bride , Dad , Glory , My Girl , and The Empty Mirror . 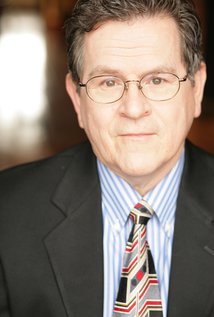 Timothy James Kazurinsky is an American actor and screenwriter best known as a cast member and writer on Saturday Night Live and for his role as Carl Sweetchuck in the Police Academy films. 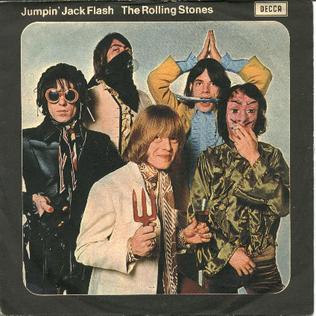 "Jumpin' Jack Flash" is a song by English rock band the Rolling Stones, released as a single in 1968. Called "supernatural Delta blues by way of Swinging London" by Rolling Stone magazine, the song was perceived by some as the band's return to their blues roots after the baroque pop and psychedelia heard on their preceding albums, Aftermath (1966), Between the Buttons (1967) and especially Their Satanic Majesties Request (1967). One of the group's most popular and recognisable songs, it has featured in films and been covered by numerous performers, notably Thelma Houston, Aretha Franklin, Tina Turner, Peter Frampton, Johnny Winter and Leon Russell. To date, it is the band's most-performed song: the band has played it over 1,100 times in concert.

Timothy James Bottoms is an American actor and film producer. He is best known for playing the lead in Johnny Got His Gun; Sonny Crawford in The Last Picture Show where he and his fellow co-stars, Cybill Shepherd and Jeff Bridges, rose to fame; as James Hart, the first-year law student who battles with Prof. Kingsfield, in the film adaptation The Paper Chase; and for playing President George W. Bush multiple times, including on the sitcom That's My Bush! and in the comedy film The Crocodile Hunter: Collision Course and the docudrama DC 9/11: Time of Crisis.

Father of the Bride is a 1991 American comedy film starring Steve Martin, Diane Keaton, Kimberly Williams, George Newbern, Martin Short, B. D. Wong, and Kieran Culkin. It is a remake of the 1950 film of the same name. Martin portrays George Banks, a businessman and owner of an athletic shoe company, who, when he finds out his daughter is getting married, does not want to give her away. He eventually learns to live with his new son-in-law and realizes that as long as his daughter is happy, he is happy. The film opened to positive reviews, and became a major box office success, earning more than six times its budget. With its success, a sequel, Father of the Bride Part II was released in 1995. This was Nancy Meyers and Diane Keaton's second of four films together, the first being Baby Boom (1987); the others were Father of the Bride Part II (1995) and Something's Gotta Give (2003). 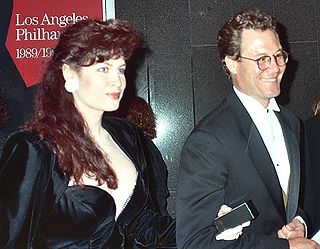 Christopher Boyd "Chris" Lemmon is an American actor and author.

Alan Louis Oppenheimer is an American actor, singer, songwriter, and voice actor. He has performed numerous roles on live action television since the 1960s, and has had an active career doing voice work since the 1970s.

Roy Brocksmith was an American actor.

Room 6 is a 2006 American horror film directed by Michael Hurst and written by Hurst and Mark A. Altman. It stars Christine Taylor, Shane Brolly, Jerry O'Connell, and Ellie Cornell.

Francis Pierlot was a stage and film actor with over 90 film credits. 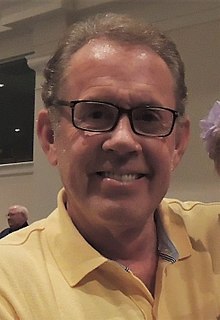 Gary Grubbs is an American actor.

Sir Michael Edward Lindsay-Hogg, 5th Baronet is a British television, film, music video, and theatre director. Beginning his career in British television, Lindsay-Hogg became a pioneer in music film production, directing promotional films for the Beatles and the Rolling Stones. Following his work with these bands, he branched out into film and theatre, while still maintaining successful careers in television and music video production. 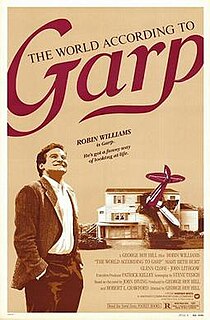 The World According to Garp is a 1982 American comedy-drama film produced and directed by George Roy Hill and starring Robin Williams in the title role. Written by Steve Tesich, it is based on the novel The World According to Garp by John Irving. For their roles, John Lithgow and Glenn Close were respectively nominated for Best Actor in a Supporting Role and Best Actress in a Supporting Role at the 55th Academy Awards.

John Arthur Lithgow is an American actor, musician, poet, author, and singer. Over the course of his career he has received numerous accolades including Tony Awards, Emmy Awards, and Golden Globe awards, and has been nominated for two Academy Awards and four Grammy Awards. He has also been awarded a star on the Hollywood Walk of Fame and inducted into the American Theater Hall of Fame. 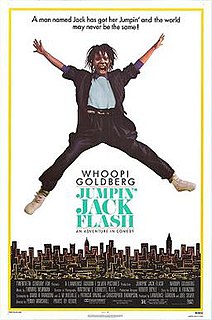 John Michael McKenzie is a British bass guitarist who has been a member of bands such as Global Village Trucking Company and Man; has played on numerous singles, notably for Eurythmics, The Pretenders and Alison Moyet; and been a touring musician with acts as diverse as Lionel Richie, Dr. John and the Royal Philharmonic Orchestra.