This test [1] is one of the three major tests for assessing anterior cruciate injury or laxity, the other two being the anterior drawer and Lachman test. However, unlike the other two, it tests for instability, an important determinant as to how the knee will function. [1] In fact, it is instability, not simply the injury to the anterior cruciate ligament itself, that places the menisci at future risk, and gives rise to the feeling that the "knee is not secure" or "may give out".

This test is performed with the patient lying in the supine position with the hip passively flexed to 30 degrees and it is important to abduct the hip to relax the ITB and allow the tibia to rotate. The examiner stands lateral to the patient on the side of the knee that is being examined. The lower leg and ankle is grasped maintaining 20 degrees of internal tibial rotation. The knee is allowed to sag into complete extension. The opposite hand grasps the lateral portion of the leg at the level of the superior tibiofibular joint, increasing the force of internal rotation. While maintaining internal rotation, a valgus force is applied to the knee while it is slowly flexed. If the tibia's position on the femur reduces as the knee is flexed in the range of 30 to 40 degrees or if there is an anterior subluxation felt during extension the test is positive for instability.

Pivot-shift is not straightforward to perform. For many with instability, the reproduction of instability is unpleasant and 'visceral'. Accordingly, having experienced it once, the patient is unlikely to relax enough for a second or confirmatory test. This is probably why the sensitivity of the three major knee exams is increased with general anesthesia. [2] Similarly, with meniscal involvement, such as a bucket handle tear of the medial meniscus, [3] range of motion may be limited and muscle guarding may produce a false negative result. 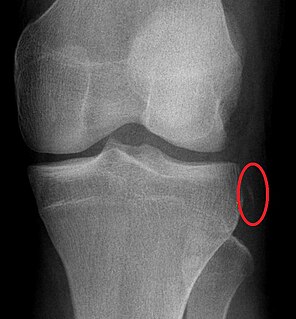 The Segond fracture is a type of avulsion fracture from the lateral tibial plateau of the knee, immediately below the articular surface of the tibia.

The drawer test is used in the initial clinical assessment of suspected rupture of the cruciate ligaments in the knee. The patient should be supine with the hips flexed to 45 degrees, the knees flexed to 90 degrees and the feet flat on table. The examiner positions himself by sitting on the examination table in front of the involved knee and grasping the tibia just below the joint line of the knee. The thumbs are placed along the joint line on either side of the patellar tendon. The tibia is then drawn forward anteriorly. An increased amount of anterior tibial translation compared with the opposite limb or lack of a firm end-point may indicate either a sprain of the anteromedial bundle or complete tear of the ACL. If the tibia pulls forward or backward more than normal, the test is considered positive. Excessive displacement of the tibia anteriorly suggests that the ACL is injured, whereas excessive posterior displacement of the tibia may indicate injury of the posterior cruciate ligament. 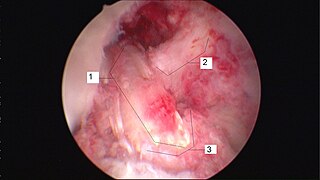 Anterior cruciate ligament reconstruction is a surgical tissue graft replacement of the anterior cruciate ligament, located in the knee, to restore its function after an injury. The torn ligament can either be removed from the knee, or preserved before reconstruction an arthroscopic procedure. ACL repair is also a surgical option. This involves repairing the ACL by re-attaching it, instead of performing a reconstruction. Theoretical advantages of repair include faster recovery and a lack of donor site morbidity, but randomised controlled trials and long-term data regarding re-rupture rates using contemporary surgical techniques are lacking. 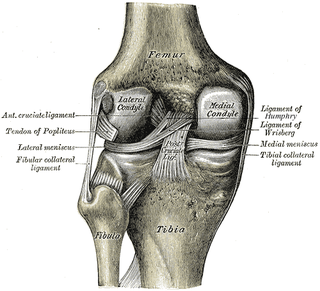