Ramona Karlsson (born 8 January 1981) is a Swedish racing driver. She currently competes in the FIA World Rallycross Championship. [1] She is also a member of the FIA Women in Motorsport council. 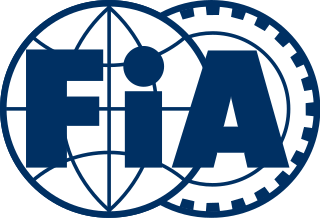 The Fédération Internationale de l'Automobile is an association established on 20 June 1904 to represent the interests of motoring organisations and motor car users. To the general public, the FIA is mostly known as the governing body for many auto racing events, such as the well known Formula One. The FIA also promotes road safety around the world. 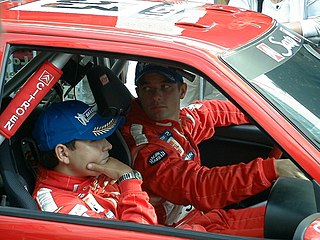 The 1964 Formula One season was the 18th season of FIA Formula One motor racing. It included the 1964 World Championship of Drivers, won by John Surtees; and the 1964 International Cup for F1 Manufacturers, won by Ferrari – both of which were contested concurrently over a series which commenced on 10 May and ended on 25 October after ten races. The season also included eight non-championship races for Formula One cars.

The FIA Super Licence is a driver's qualification allowing the holder to compete in the Formula One World Championship. 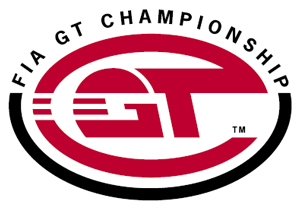 The FIA GT Championship was a sports car racing series organized by the Stéphane Ratel Organisation (SRO) at the behest of the Fédération Internationale de l'Automobile (FIA). The championship was mostly concentrated in Europe, but throughout the years has visited other continents including Asia and South America. At the end of 2009, the championship was replaced by the FIA GT1 World Championship, which morphed into the FIA GT Series for 2013.

The FIA GT3 European Championship was a sports car racing series organized by the Stéphane Ratel Organisation (SRO) and regulated by the Fédération Internationale de l'Automobile (FIA). It was a championship derived from the international FIA GT1 World Championship, but meant to provide competition for more amateur racers in closer to production cars. The series used extensive performance balancing and handicap weights to make cars more equal.

Vitaphone Racing is a German racing team who participate in the FIA GT Championship. The team is actually Bartels Motor & Sport GmbH but runs under the title of their primary sponsor, Vitaphone GmbH. In 2011 Vitaphone Racing was renamed Vita4One. They have successfully raced the Maserati MC12 GT1 since 2005, becoming one of the most successful GT teams in the series with five FIA GT1 Teams' Championship and four FIA GT1 Drivers' Championship. The team consists of 32 people and is led by Rafael Calafell. Their chief drivers are Michael Bartels and Andrea Bertolini.

The 1982 World Rally Championship was the tenth season of the Fédération Internationale de l'Automobile (FIA) World Rally Championship (WRC). The season consisted of 12 rallies. By this time, the schedule format had become generally stable, with only one or two changes to venues year to year. 1982 marked the return of New Zealand to the schedule in place of Argentina's Rally Codasur.

Natacha Gachnang is a Swiss race driver and the cousin of former Formula One driver Sébastien Buemi. In 2010 she was a member of the first all-female crew to race at Le Mans 24 hours since 1991 and she competed at Le Mans again in 2013.

The FIA World Cup for Cross-Country Rallies is a rally raid series organised by the FIA, culminating with a champion driver, co-driver, and team; with additional trophies awarded to T2 and T3 drivers & teams.

Formula E, known as ABB FIA Formula E for sponsorship reasons, is a single seater motorsport championship that uses only electric cars. The series was conceived in 2011, and the inaugural championship commenced in Beijing in September 2014. It is sanctioned by the FIA. Alejandro Agag is the founder and current chairman of Formula E Holdings. 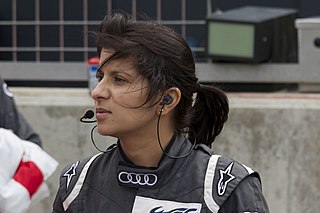 The 2017 F4 Spanish Championship was the second season of the Spanish F4 Championship. It was a multi-event motor racing championship for open wheel, formula racing cars regulated according to FIA Formula 4 regulations, taking place in Spain, France and Portugal. The championship featured drivers competing in 1.4 litre Tatuus-Abarth single seat race cars that conform to the technical regulations for the championship. The series was organised by Koiranen GP and RFEDA.