ResearcherID is an identifying system for scientific authors. The system was introduced in January 2008 by Thomson Reuters.

This unique identifier aims at solving the problem of author identification and correct attribution of works. In scientific and academic literature it is common to cite name, surname, and initials of the authors of an article. Sometimes, however, there are authors with the same name, with the same initials, or the journal misspells names, resulting in several spellings for the same authors, and different authors with the same spelling.

Researchers can use ResearcherID to claim their published works and link their unique and persistent ResearcherID number to these works for correct attribution. In this way, they can also keep their publication list up to date and online.

The combined use of the Digital Object Identifier with the ResearcherID allows a unique association of authors and research articles. It can be used to link researchers with registered trials or identify colleagues and collaborators in the same field of research. [1]

In April 2019, ResearcherID was integrated with Publons, a Clarivate Analytics owned platform, where researchers can track their publications, peer reviewing activity, and journal editing work. With ResearcherID now hosted on Publons researchers can keep a more comprehensive view of their research output and contributions in one place. This is particularly important for researchers in fields that predominantly use peer-reviewed conference articles (computer science) or in fields that focus on publishing books and chapters in books (humanities and disciplines in the social sciences).

ResearcherID and Publons are also integrated with Web of Science, and ORCiD, enabling data to be exchanged between these databases. [2]

ResearcherID has been criticized for being commercial and proprietary, [3] but also praised as "an initiative addressing the common problem of author misidentification". [4]

In academic publishing, a retraction is a statement published in an academic journal stating that a peer-reviewed article previously published in the journal should be considered invalid as a source of knowledge. Online journals typically remove the retracted article from online access.

Sir Richard Peto is Professor of Medical Statistics and Epidemiology at the University of Oxford, England.

Web of Science is a website which provides subscription-based access to multiple databases that provide comprehensive citation data for many different academic disciplines. It was originally produced by the Institute for Scientific Information (ISI) and is currently maintained by Clarivate Analytics

In scientific publishing, the 1969 Ingelfinger rule originally stipulated that The New England Journal of Medicine (NEJM) would not publish findings that had been published elsewhere, in other media or in other journals. The rule was subsequently adopted by several other scientific journals, and has shaped scientific publishing ever since. Historically it has also helped to ensure that the journal's content is fresh and does not duplicate content previously reported elsewhere, and seeks to protect the scientific embargo system. 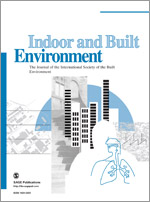 Indoor and Built Environment is a peer-reviewed academic journal covering any topic pertaining to the quality of the indoor and built environment and how this affects the efficiency, performance, health, and comfort of those living or working there. Topics range from urban infrastructure, design of buildings, and materials used for laboratory studies including building airflow simulations and health effects. The editor-in-chief is Chuck Yu. It was established in 1992 by consultants to the tobacco company Philip Morris, and is published by Sage Publications.

Scholarly peer review is the process of subjecting an author's scholarly work, research, or ideas to the scrutiny of others who are experts in the same field, before a paper describing this work is published in a journal, conference proceedings or as a book. The peer review helps the publisher decide whether the work should be accepted, considered acceptable with revisions, or rejected.

De-identification is the process used to prevent someone's personal identity from being revealed. For example, data produced during human subject research might be de-identified to preserve privacy for research participants.

Diseases from Space is a book published in 1979 that authored by astronomers Fred Hoyle and Chandra Wickramasinghe, where they propose that many of the most common diseases which afflict humanity, such as influenza, the common cold and whooping cough, have their origins in extraterrestrial sources. The two authors argue the case for outer space being the main source for these pathogens- or at least their causative agents.

Susan Ann Jebb is a nutrition scientist, and the Professor of Diet and Population Health at the Nuffield Department of Primary Care Health Sciences at the University of Oxford. She is the UK Government's advisor on obesity in the United Kingdom.

Publons is a commercial website that provides a free service for academics to track, verify, and showcase their peer review and editorial contributions for academic journals. It was launched in 2012 and by 2018 more than 500,000 researchers have joined the site, adding more than one million reviews across 25,000 journals. Publons' mission is to "speed up science by harnessing the power of peer review". Publons claims that by turning peer review into a measurable research output, academics can use their review and editorial record as evidence of their standing and influence in their field. Publons says its business model is based on partnering with publishers.

Clarivate Analytics is a Philadelphia and London-based company formed in 2016 following the acquisition of Thomson Reuters' Intellectual Property and Science Business by Onex Corporation and Baring Private Equity Asia. In May 13, 2019, Clarivate Analytics merged with Churchill Capital.

Metascience is the use of scientific methodology to study science itself. Metascience seeks to increase the quality of scientific research while reducing waste. It is also known as "research on research" and "the science of science", as it uses research methods to study how research is done and where improvements can be made. Metascience concerns itself with all fields of research and has been described as "a bird's eye view of science." In the words of John Ioannidis, "Science is the best thing that has happened to human beings ... but we can do it better."

Subhadeep Chatterjee is an Indian molecular biologist and a scientist at the Centre for DNA Fingerprinting and Diagnostics (CDFD). A member of Guha Research Conference, he is known for his studies on plant-microbe interactions and heads the Lab of Plant-Microbe Interactions at CDFD where he hosts several researchers.

Jocalyn Clark is a Public Health Scientist and Executive Editor at The Lancet, where she leads the Commentary Section and coordinates peer review. She is also an Adjunct Professor of Medicine at the University of Toronto.

Ragnar Rylander was a Swedish environmental health scholar who served as professor and chair of Environmental Medicine at the University of Gothenburg. He was active in researching the health effects of tobacco while secretly serving as a consultant to Philip Morris for many years.