Robert Guy "The Torch" Torricelli [1] (born August 27, 1951), is an American attorney and former politician. A Democrat, Torricelli served as a member of the U.S. House of Representatives from New Jersey's 9th district from 1983 to 1997 and as a United States senator from New Jersey from 1997 to 2003.

He is notable for his tenure as chair of the Democratic Senatorial Campaign Committee. In September 2002, Torricelli ended his Senate re-election campaign after having been formally admonished by the U.S. Senate in connection with a campaign finance scandal. He later founded Rosemont Associates, a consulting group.

Torricelli was born in Paterson, New Jersey, the son of Betty (Lotz), a school librarian, and Salvatore Torricelli, a lawyer. [2] After graduation from Storm King School in Cornwall-on-Hudson, New York, Torricelli attended Rutgers University, New Brunswick where he received his Bachelor of Arts degree in 1974. He then earned his J.D. degree in 1977 from Rutgers Law School in Newark. He was admitted to the New Jersey bar in 1978 and later attended Harvard University's John F. Kennedy School of Government, earning a master's in public administration in 1980. [3]

Torricelli was an assistant to the Governor of New Jersey, Brendan Byrne, from 1975 to 1977. In 1978, he served as associate counsel to Vice President Walter Mondale, [2] and managed the Carter-Mondale campaign in the Illinois primary. [4] At the 1980 Democratic National Convention, he served as the director of the Rules Committee. [5]

Toricelli was a resident of New Milford, New Jersey during his first term in Congress. [8] [9]

Torricelli was Democratic floor leader in the Persian Gulf War discussion regarding the adoption of the "Authorization for Use of Military Force Against Iraq Resolution" in 1991 and gave the closing speech. [10] He sponsored the Cuban Democracy Act of 1992 which prohibits U.S. trade with Cuba. [4] [11] He was chairman of the House subcommittee on the Western Hemisphere. [12]

Torricelli was elected to the U.S. Senate in 1996, defeating Republican Congressman Dick Zimmer to obtain the seat vacated by the retirement of Democratic Senator Bill Bradley. [7] It was later found that six donors had made illegal contributions to Torricelli's campaign. [13] In 2000, he headed the Democratic Senatorial Campaign Committee [7] which regained the Democratic majority in the Senate. [14] Torricelli was responsible for recruiting Senate candidates including Hillary Clinton. [15]

A federal criminal investigation into Torricelli was dropped in early 2002. [16] [17] In the summer of 2002, however, Torricelli received a formal letter of admonishment from the U.S. Senate Select Committee on Ethics following an investigation into his alleged receipt of improper gifts from campaign donor David Chang. Chang had pleaded guilty to violating federal election laws. [18] [19] [20] Torricelli apologized to voters for his behavior and delivered a speech in which he promised to take "'full personal responsibility'" for his actions. On September 30, 2002, Torricelli ended his 2002 re-election campaign after Republicans "successfully made the incumbent's ethics troubles -- stemming from illegal 1996 campaign donations and questionable gifts -- a campaign issue..." [18] Shortly thereafter, the New Jersey Supreme Court unanimously ruled that the Democratic Party could legally replace Torricelli's name on the ballot with that of former U.S. Senator Frank Lautenberg. [21] [22]

During his time in the Senate, Torricelli was a member of the Governmental Affairs Committee, the Finance Committee, and the Rules Committee. [25]

In 2003, Torricelli was appointed by the U.S. Federal District Court as special master overseeing the environmental cleanup project of the Mutual Chemical site In Jersey City, New Jersey, owned by the Honeywell Corporation. [26]

Torricelli founded business and government affairs consulting firm Rosemont Associates. [27] [28] [29] He is a partner in real estate firm Woodrose Properties, which is invested in over 50 multi family or commercial properties in 10 states. [30] [31] Torricelli has represented the Iranian opposition group, the MEK. [32] [33]

Torricelli was married to Susan Holloway [4] and has dated Bianca Jagger. [7]

Frank Raleigh Lautenberg was a businessman and American Democratic Party politician who served as United States Senator from New Jersey. He was originally from Paterson, New Jersey.

Robert Menendez is an American politician serving as the senior United States Senator from New Jersey, a seat he has held since 2006. A member of the Democratic Party, he was first appointed to the U.S. Senate by Governor Jon Corzine, and later served as Chair of the United States Senate Committee on Foreign Relations from 2013 to 2015. In 2015, Menendez was indicted on 18 counts of corruption.

Ernest Scott Garrett is an American politician who was the U.S. Representative for New Jersey's 5th congressional district, serving from 2003 to 2017. He is a member of the Republican Party. He previously served in the New Jersey General Assembly from 1990 to 2003. Garrett chaired the United States House Financial Services Subcommittee on Capital Markets and Government-Sponsored Enterprises. He lost his reelection bid in 2016 to Democrat Josh Gottheimer, becoming the only incumbent Congressman in New Jersey to be defeated that year.

The 2002 United States Senate elections featured a series of fiercely contested elections that resulted in a victory for the Republican Party, which gained two seats and thus a narrow majority from the Democratic Party in the United States Senate. The Senate seats up for election, known as class 2 Senate seats, were last up for regular election in 1996. The election was held on November 5, 2002, almost fourteen months after the September 11, 2001 attacks.

Richard Alan Zimmer is an American Republican Party politician from New Jersey, who served in both houses of the New Jersey Legislature and in the United States House of Representatives. He was the Republican nominee for the U.S. Senate from New Jersey in 1996 and 2008. In March 2010, he was appointed by Governor Chris Christie to head the New Jersey Privatization Task Force.

Douglas Robert Forrester is an American businessman and politician from New Jersey. He was the Republican nominee for U.S. Senator from New Jersey in 2002, and the Republican nominee for Governor of New Jersey in 2005. Forrester was defeated by his two Democratic opponents, Frank Lautenberg and then-U.S. Senator Jon Corzine, respectively. Forrester currently serves as the president of Integrity Health, a health benefits management firm. 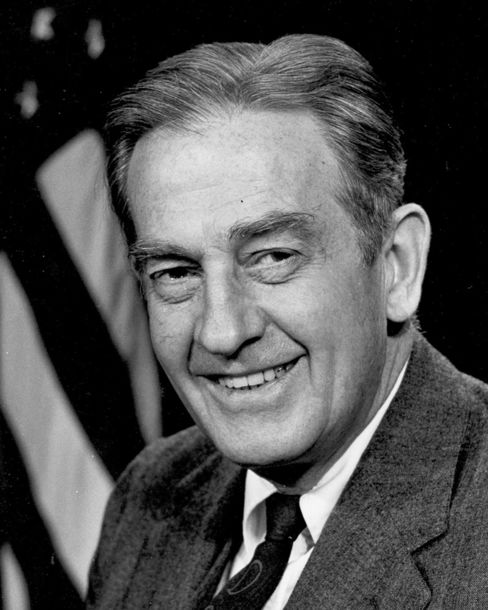 Raymond J. "Ray" Lesniak is an American Democratic Party politician, who served in the New Jersey State Senate from 1983 to 2018, where he represented the 20th Legislative District. Before entering New Jersey's upper house, the Senate, Lesniak served in the General Assembly from 1978 to 1983. Lesniak was once considered a major power broker in the Democratic Party, having served as New Jersey Democratic State Chairman and New Jersey Chair for Clinton/Gore and Gore/Lieberman. Lesniak finished a distant fourth place as a candidate for Governor of New Jersey in the 2017 election.

William E. Baroni Jr. is an American Republican Party politician and law professor. He represented the 14th legislative district in the New Jersey Senate and General Assembly. In 2010, New Jersey Governor Chris Christie named Baroni to serve as the Deputy Executive Director of the Port Authority of New York and New Jersey.

The 2006 United States Senate election in New Jersey was held November 7, 2006. Incumbent Democratic Senator Bob Menendez was elected to represent New Jersey in the United States Senate for a six-year term which ended in January 2013. The seat was previously held by Democrat Jon Corzine, who resigned in January 2006 after being elected Governor of New Jersey. After Corzine was sworn in Governor, he appointed Menendez, then a U.S. Representative, to the vacant Senate seat. Menendez was challenged by Republican State Senator Thomas Kean, Jr. and seven other candidates. Filing for the primary closed on April 10, 2006. The primary election was held June 6, 2006. Menendez became the first Hispanic to hold a U.S. Senate seat from New Jersey, and was the first Latino elected to statewide office in the state.

Frank Joseph Pallone Jr. is the U.S. Representative for New Jersey's 6th congressional district, serving since 1988. He is a member of the Democratic Party. The district, numbered as the 3rd district from 1988 to 1993, is located in the north-central part of the state and includes New Brunswick, Woodbridge Township, Perth Amboy, Sayreville, Edison, Piscataway and Asbury Park. Pallone is the current Chairman of the powerful House Energy and Commerce Committee.

Mike DuHaime, a Republican strategist and public affairs executive, is a managing director at Mercury Public Affairs, LLC, a national public affairs firm. He was the chief strategist for the successful campaign of former U.S. Attorney Chris Christie for Governor of New Jersey in 2009. Christie unseated the incumbent, Democrat Jon Corzine, by nearly 87,000 votes. He served as one of ten members of Gov. Christie's transition team and was the chairman of the authorities subcommittee.

James Patrick Fox was a New Jersey politician and political strategist. He twice served as New Jersey Commissioner of Transportation and also worked for the Port Authority of New York and New Jersey (PANYNJ).

The 2002 United States Senate election in New Jersey was held on November 5, 2002. The race was to originally feature Democrat Robert Torricelli against former West Windsor Township mayor Douglas Forrester, who had won the Republican nomination. Torricelli had won the seat when former Senator Bill Bradley elected not to run for a fourth term in 1996.

The 1996 United States Senate election in New Jersey was held on November 5, 1996. Incumbent Democratic U.S. Senator Bill Bradley decided to retire instead of seeking a fourth term. The seat was won by Democratic congressman Robert Torricelli.

James William Treffinger is a disbarred American lawyer and disgraced Republican Party politician who served as County Executive of Essex County, New Jersey from 1995 to 2003. He pleaded guilty to federal charges of obstruction of justice and mail fraud in 2003.

Alan Louis Sagner was an American Democratic Party politician, businessman and philanthropist who served as New Jersey Commissioner of Transportation, as Chairman of the Port Authority of New York and New Jersey, and as Chairman of the Corporation for Public Broadcasting. 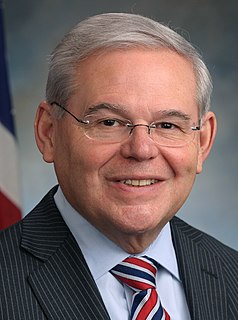