Rudolf Otto Sigismund Lipschitz (14 May 1832 – 7 October 1903) was a German mathematician who made contributions to mathematical analysis (where he gave his name to the Lipschitz continuity condition) and differential geometry, as well as number theory, algebras with involution and classical mechanics.

Rudolf Lipschitz was born on 14 May 1832 in Königsberg. He was the son of a landowner and was raised at his father's estate at Bönkein which was near Königsberg. [1] He entered the University of Königsberg when he was 15, but later moved to the University of Berlin where he studied with Gustav Dirichlet. Despite having his studies delayed by illness, in 1853 Lipschitz graduated with a PhD in Berlin. [2]

After receiving his PhD, Lipschitz started teaching at local Gymnasiums. In 1857 he married Ida Pascha, the daughter of one of the landowners with an estate near to his father's. [1] In 1857 he earned his habilitation at the University of Bonn and remained there as a privatdozent. In 1862 Lipschitz became an extraordinary professor at the University of Breslau where he spent the following two years. In 1864 Lipschitz moved back to Bonn as a full professor, remaining there for the rest of his career. Here he examined the dissertation of Felix Klein. Lipschitz died on 7 October 1903 in Bonn. [3]

Lipschitz discovered Clifford algebras in 1880, [4] [5] two years after William K. Clifford (1845–1879) and independently of him, and he was the first to use them in the study of orthogonal transformations. Up to 1950 people mentioned "Clifford–Lipschitz numbers" when they referred to this discovery of Lipschitz. Yet Lipschitz's name suddenly disappeared from the publications involving Clifford algebras; for instance Claude Chevalley (1909–1984) [6] gave the name "Clifford group" to an object that is never mentioned in Clifford's works, but stems from Lipschitz's. Pertti Lounesto (1945–2002) contributed greatly to recalling the importance of Lipschitz's role. [7] [8]

In mathematics, a Clifford algebra is an algebra generated by a vector space with a quadratic form, and is a unital associative algebra. As K-algebras, they generalize the real numbers, complex numbers, quaternions and several other hypercomplex number systems. The theory of Clifford algebras is intimately connected with the theory of quadratic forms and orthogonal transformations. Clifford algebras have important applications in a variety of fields including geometry, theoretical physics and digital image processing. They are named after the English mathematician William Kingdon Clifford. 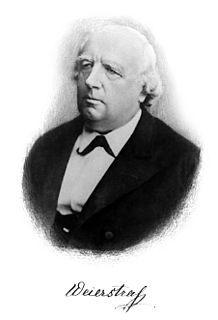 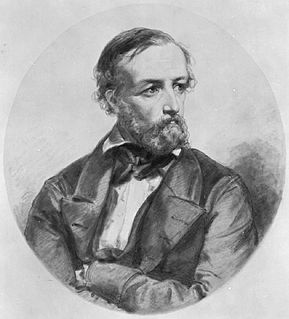 Johann Peter Gustav Lejeune Dirichlet was a German mathematician who made deep contributions to number theory, and to the theory of Fourier series and other topics in mathematical analysis; he is credited with being one of the first mathematicians to give the modern formal definition of a function. 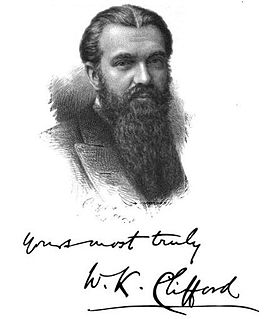 William Kingdon Clifford was an English mathematician and philosopher. Building on the work of Hermann Grassmann, he introduced what is now termed geometric algebra, a special case of the Clifford algebra named in his honour. The operations of geometric algebra have the effect of mirroring, rotating, translating, and mapping the geometric objects that are being modelled to new positions. Clifford algebras in general and geometric algebra in particular have been of ever increasing importance to mathematical physics, geometry, and computing. Clifford was the first to suggest that gravitation might be a manifestation of an underlying geometry. In his philosophical writings he coined the expression mind-stuff.

Ulisse Dini was an Italian mathematician and politician, born in Pisa. He is known for his contribution to real analysis, partly collected in his book "Fondamenti per la teorica delle funzioni di variabili reali".

Gregorio Ricci-Curbastro was an Italian mathematician. He is most famous as the inventor of tensor calculus, but also published important works in other fields. 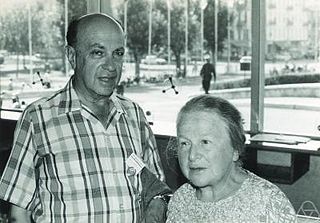 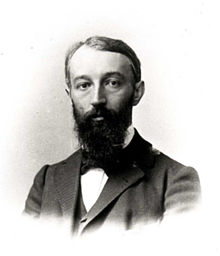 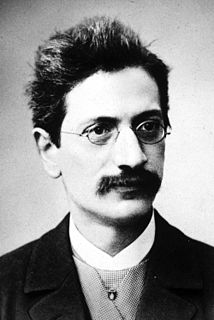 Rudolf Friedrich Alfred Clebsch was a German mathematician who made important contributions to algebraic geometry and invariant theory. He attended the University of Königsberg and was habilitated at Berlin. He subsequently taught in Berlin and Karlsruhe. His collaboration with Paul Gordan in Giessen led to the introduction of Clebsch–Gordan coefficients for spherical harmonics, which are now widely used in quantum mechanics. 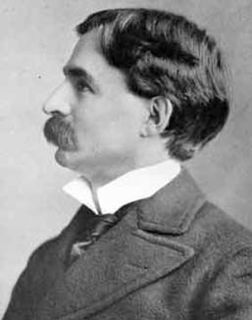 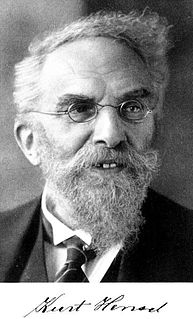 In mathematics, quaternions are a non-commutative number system that extends the complex numbers. Quaternions and their applications to rotations were first described in print by Olinde Rodrigues in all but name in 1840, but independently discovered by Irish mathematician Sir William Rowan Hamilton in 1843 and applied to mechanics in three-dimensional space. They find uses in both theoretical and applied mathematics, in particular for calculations involving three-dimensional rotations.

Albert J. Crumeyrolle (1919–1992) was a French mathematician and professor of mathematics at the Paul Sabatier University, known for his contributions to spinor structures and Clifford algebra.

Karl Rudolf Fueter was a Swiss mathematician, known for his work on number theory.