The USA Rugby Super League, usually known as the Super League, is a defunct national rugby union competition which ran from 1997 to 2012, contested by nine clubs in the United States by its last year. In the 2013 season, it was replaced by the USA Rugby Elite Cup.

The Super League competition was sanctioned by USA Rugby, the sport's national governing body, and was the premier level of rugby union in the country until it was reformatted into the Elite Cup. [1] [2]

Created by the management of 14 of the best rugby organizations in the United States, the league's goal was to create a high level, national rugby competition in the country. The competition was contested annually starting in 2007, with the largest number of clubs to have competed in the league being 18, in 2007 and 2008. In the 2011 season, the 11 teams competing were divided into two conferences, Red and Blue. The league's 2012 and last season had 9 teams, again divided into Red and Blue conferences. Most of the remaining teams after the final Rugby Super League season in 2012 entered the USA Rugby Elite Cup competition.

The Rugby Super League was created at a time when there was a need for expansion of the highest level of competitive rugby in the country. 1997 was subsequently the inaugural season of the competition. There were 14 teams competing, which were divided into two seven-team divisions, the Western-Pacific Conference and the Midwestern-East Conference.

The following season in 1998, two more sides gained entry into the competition, Boston RFC and the Philadelphia Whitemarsh RFC. Both teams joined the eastern conference, which saw the Harlequins move to the Western conference. This expansion saw two fifteen-team conferences.

In 2001 the competition became recognized as the premier club rugby union competition in the United States - becoming separated from USA Rugby Division 1. In 2002, the league expanded again, with the inclusion of New York Athletic Club, who gained entry through means of promotion and the Hayward Rugby, who formed a merger with the Old Blues Rugby Club (CA).

The 2002 season saw major changes to the competition, with the "east and west divisions" format being dissolved to form a national competition. The format reverted to the division-associated fixtures in 2005. Super League celebrated a decade of competition in 2006, with OMBAC defeating Belmont Shore 36 to 33 in the final which was held in Santa Clara, California. It was announced after the 2006 season that the Rugby Super League would be expanding from 15 teams to 18 for the 2007 season. Santa Monica Rugby and the Charlotte Rugby Club accepted invitations to join Super League, as did the Boston Irish Wolfhounds, who also finished runner-up in both Divisions I and III in 2006. [4] The Chicago Griffins also joined to replace the Kansas City Blues, who self-relegated their club to the USA Rugby Division I men's club competition.

In the 2008 season ESPN Classic broadcast live the RSL final between NYAC and Belmont Shore. It was a hard-fought match that saw NYAC winning 31–28 in sudden death.

In the 2009 season the league shrank, featuring 16 teams in two conferences. Philadelphia Whitemarsh, Washington RFC, and the St. Louis Bombers did not return to the competition, while Life University returned after a six-season absence. Because of the ongoing economic crisis, before the 2010 season longtime RSL powers Belmont Shore decided to only compete in Southern California's Division I competition. In response to this, Santa Monica also decided to self-relegate, dropping the number of teams to 14. Because of the uneven conferences, Dallas was shifted to the Red (West) Conference. In August 2010 the Boston Irish Wolfhounds, and Charlotte RFC also relegated themselves.

With eight teams remaining in two divisions, the RSL was relaunched as the USA Rugby Elite Cup for the 2013 season. The Elite Cup ran for one season before folding at the end of 2013. [7]

Rugby League Ireland (RLI) is the internationally recognised governing body for the development of rugby league football in Ireland, having secured official recognition from the RLIF in 2000. It is recognised within the Irish Sports Council and took over the running of the Irish international team entirely in 2008 for the World Cup.

The Cardiff Demons RLFC name has been used multiple times over the years. Firstly for a now-defunct men's rugby league side who played out of St. Peters RFC in the east of Cardiff, Wales. They played in the Welsh Premier of the Rugby League Conference.

The Boston Irish Wolfhounds Rugby Football Club is a rugby union team based in Boston, Massachusetts, US. The club competes in, and is governed by, the New England Rugby Football Union, the Northeast Rugby Union, and USA Rugby. In 2014 it joined the American Rugby Premiership.

Boston Rugby Football Club is a rugby union team based in Boston, Massachusetts, US. The club competes in, and is governed by, the New England Rugby Football Union, the Northeast Rugby Union, and USA Rugby.

Charlotte Rugby Club, nicknamed the "Old Originals", are a rugby union team based in Charlotte, North Carolina. They currently play in USA Rugby Division II, and are members of the USA Rugby South. They play home games at Skillbeck Athletic Grounds.

Old Blue Rugby Football Club is a rugby union club that competes in USA Rugby club leagues, most notably with their top side in the American Rugby Premiership. The team plays at Columbia Soccer Stadium within the Baker Athletic Complex in New York City, New York.

Belmont Shore Rugby Club is an American rugby union team named after the Belmont Shore neighborhood of Long Beach, California, which has a tradition of amateur rugby.

The Kansas City Blues play in the USA Rugby Division 1 competition, which is the highest level of amateur competition within USA Rugby. We also field a Division 2 team that offers new or inexperienced players a chance to learn the game while allowing them the opportunity to advance onto the D1 side. During the Summer, the Blues also feature one of the most successful 7s programs in the country. The Blues have been a prominent team both regionally and nationally since their inception in 1966 and have a long history of success with many tournament & league championships and several National Championship & National Final Four appearances. The club has also produced many USA National Team players in both 15s & 7s and has hosted dozens of National Team players from other countries as well.

The Gentlemen of Aspen Rugby Football Club is a rugby union team based in Aspen, Colorado. Aspen RFC is a founding member of the SuperLeague. They withdrew from the SuperLeague in the middle of the 2005 season and forfeited the competition. They now compete in the Men's Club Division 1 League. After 3 years out of the Super League, Aspen won the National 7's Championships in the Summer of 2008 and won the 2009 Division I Championship, May 31 @ Infinity Park, Glendale (Denver) Colorado. 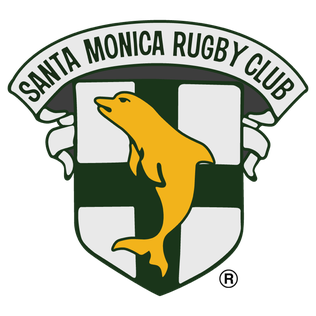 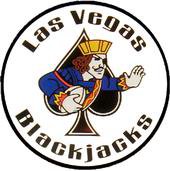 The Las Vegas Blackjacks Rugby Football Club was a rugby union team based in Las Vegas, Nevada. They were members of the Southern California Rugby Football Union and competed in the Senior Men's 1st (Red) Division of USA Rugby.

Michael Zachary Petri is a former American rugby union player who played for Rugby United New York (RUNY) of Major League Rugby (MLR). His position was scrum-half. He is known as "Peaches" by his teammates. He currently is the head coach for RUNY's academy development program.

The USA Rugby Elite Cup was an American rugby union competition which ran for just one season in 2013. The competition was founded in 2012, replacing the USA Rugby Super League involving top USA rugby clubs. The inaugural Elite Cup tournament began on 16 March 2013, but the competition folded at the end of 2013.

The USA Rugby Women's Premier League is the top annual American women's rugby union competition. It is player-run and operates in partnership with USA Rugby. It involves the top 10 clubs in the country. The league was founded in 2009.