Individual insurance account number (SNILS) is a number issued and used by the Pension Fund of the Russian Federation to residents of Russia for the purpose of tracking their social security accounts. The number used to be issued on a green plastic card, but since April 4, 2019 cards issuance was suspended and nowadays it is issued in electronic form only, while cards issued before this date are still valid. Anyone looking to get legal employment in the Russian Federation or to apply for benefits must have one. SNILS is used universally as a primary personal number within the government. Anyone residing in Russia on a permanent basis may apply for a number. An application can also be filed on behalf of a child at birth.

Pension Fund of the Russian Federation is the principal national pension fund in Russia. It is the largest organization of Russia to provide socially important public services to Russian citizens. Founded December 22, 1990 decision of the Supreme Soviet of the RSFSR № 442-1 "On the organization of the Pension Fund of the Russian Federation". The fund has branches across all Federal Subjects of Russia. The labor collective FIU - is more than 133 thousand social workers.

Russia, or the Russian Federation, is a transcontinental country in Eastern Europe and North Asia. At 17,125,200 square kilometres (6,612,100 sq mi), Russia is by a considerable margin the largest country in the world by area, covering more than one-eighth of the Earth's inhabited land area, and the ninth most populous, with about 146.79 million people as of 2019, including Crimea. About 77% of the population live in the western, European part of the country. Russia's capital, Moscow, is one of the largest cities in the world and the second largest city in Europe; other major cities include Saint Petersburg, Novosibirsk, Yekaterinburg and Nizhny Novgorod. Extending across the entirety of Northern Asia and much of Eastern Europe, Russia spans eleven time zones and incorporates a wide range of environments and landforms. From northwest to southeast, Russia shares land borders with Norway, Finland, Estonia, Latvia, Lithuania and Poland, Belarus, Ukraine, Georgia, Azerbaijan, Kazakhstan, China, Mongolia and North Korea. It shares maritime borders with Japan by the Sea of Okhotsk and the U.S. state of Alaska across the Bering Strait. However, Russia recognises two more countries that border it, Abkhazia and South Ossetia, both of which are internationally recognized as parts of Georgia.

SNILS is required for the Pension Fund of the Russian Federation to organize personal information about an employee and the amounts contributed by an employer to an employee's individual retirement account in respect of a future pension.

The number is unique to each person. An individual's personal account contains all the data on insurance contributions accrued and paid by employers throughout a person's active employment. This is subsequently taken into consideration when pension benefits are first determined or adjusted. An insurance number is assigned automatically to simplify and expedite the process for determining an insurance retirement benefit. 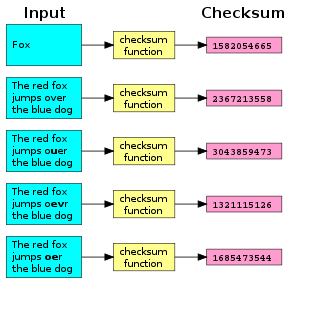 A checksum is a small-sized datum derived from a block of digital data for the purpose of detecting errors that may have been introduced during its transmission or storage. It is usually applied to an installation file after it is received from the download server. By themselves, checksums are often used to verify data integrity but are not relied upon to verify data authenticity.

In the United States, a 401(k) plan is the tax-qualified, defined-contribution pension account defined in subsection 401(k) of the Internal Revenue Code. Under the plan, retirement savings contributions are provided by an employer, deducted from the employee's paycheck before taxation, and limited to a maximum pre-tax annual contribution of $19,000. 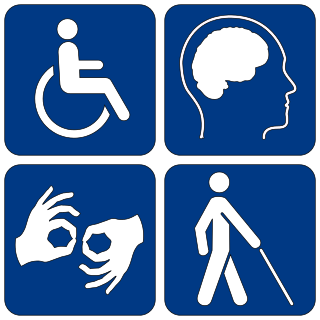 The Employee Retirement Income Security Act of 1974 (ERISA) is a federal United States tax and labor law that establishes minimum standards for pension plans in private industry. It contains rules on the federal income tax effects of transactions associated with employee benefit plans. ERISA was enacted to protect the interests of employee benefit plan participants and their beneficiaries by:

A retirement plan is a financial arrangement designed to replace employment income upon retirement. These plans may be set up by employers, insurance companies, trade unions, the government, or other institutions. Congress has expressed a desire to encourage responsible retirement planning by granting favorable tax treatment to a wide variety of plans. Federal tax aspects of retirement plans in the United States are based on provisions of the Internal Revenue Code and the plans are regulated by the Department of Labor under the provisions of the Employee Retirement Income Security Act (ERISA).

A Simplified Employee Pension Individual Retirement Arrangement is a variation of the Individual Retirement Account used in the United States. SEP IRAs are adopted by business owners to provide retirement benefits for themselves and their employees. There are no significant administration costs for a self-employed person with no employees. If the self-employed person does have employees, all employees must receive the same benefits under a SEP plan. Since SEP IRAs are a type of IRA, funds can be invested the same way as most other IRAs.

Employee benefits and benefits in kind include various types of non-wage compensation provided to employees in addition to their normal wages or salaries. Instances where an employee exchanges (cash) wages for some other form of benefit is generally referred to as a "salary packaging" or "salary exchange" arrangement. In most countries, most kinds of employee benefits are taxable to at least some degree. Examples of these benefits include: housing furnished or not, with or without free utilities; group insurance ; disability income protection; retirement benefits; daycare; tuition reimbursement; sick leave; vacation ; social security; profit sharing; employer student loan contributions; conveyancing; domestic help (servants); and other specialized benefits.

Pensions in the United Kingdom can be categorised into three major divisions and seven sub-divisions, covering both defined benefit and defined contribution pensions.:

A private pension is a plan into which individuals contribute from their earnings, which then will pay them a private pension after retirement. It is an alternative to the state pension. Usually individuals invest funds into saving schemes or mutual funds, run by insurance companies. Often private pensions are also run by the employer and are called occupational pensions. The contributions into private pension schemes are usually tax-deductible. This is similar to the regular pension.

Other postemployment benefits is a term used in the United States to describe the benefits that an employee begins to receive at the start of their retirement. These benefits do not include the pension paid to the retired employee. "Other postemployment benefits" were originally intended to be an important source of supplemental coverage for people on Medicare. Typically this means that if employees retire before the age of 65 they can remain on their employer's health plan. Upon turning 65 they leave their employers plan for Medicare but still receive additional benefits from their employer. These benefits may include health insurance and dental, vision, prescription, or other healthcare benefits provided to eligible retirees and their beneficiaries. They also may include life insurance, disability insurance, long-term care insurance, and other benefits.

A Personal Retirement Savings Account (PRSA) is a type of savings account introduced to the Irish market in 2003. In an attempt to increase pension coverage, the Pensions Board introduces a retirement savings account that would entice the lower paid and self-employed to start making some pension provision. The intention was for PRSAs to supplement any State Retirement Benefits that would be payable in years to come.

Pensions in Denmark consist of both private and public programs, all managed by the Agency for the Modernisation of Public Administration under the Ministry of Finance. Denmark created a multipillar system, consisting of an unfunded social pension scheme, occupational pensions, and voluntary personal pension plans. Denmark's system is a close resemblance to that encouraged by the World Bank in 1994, emphasizing the international importance of establishing multifaceted pension systems based on public old-age benefit plans to cover the basic needs of the elderly. The Danish system employed a flat-rate benefit funded by the government budget and available to all Danish residents. The employment-based contribution plans are negotiated between employers and employees at the individual firm or profession level, and cover individuals by labor market systems. These plans have emerged as a result of the centralized wage agreements and company policies guaranteeing minimum rates of interest. The last pillar of the Danish pension system is income derived from tax-subsidized personal pension plans, established with life insurance companies and banks. Personal pensions are inspired by tax considerations, desirable to people not covered by the occupational scheme.