SPV GmbH (short for Schallplatten Produktion und Vertrieb GmbH, "Vinyl Production and Distribution Company") is a German independent record label. Founded on 1 January 1984, it has slowly grown to be one of the largest independent distributors and record labels worldwide. [1]

The managing partner, Manfred Schütz, decided to submit an application to commence insolvency proceedings on 25 May 2009 – roughly equivalent to Chapter 11 bankruptcy protection in the US and administration in the UK. In response to this, on 27 May 2009, the District Court of Hannover appointed the attorney Manuel Sack as the provisional insolvency administrator. According to Schütz, together with Sack, the management of SPV GmbH would not only carry on business operations, but also continue working in the areas of production and distribution in the usual way. [3] After a substantial resizing of its business and a partnership venture agreement with Sony Music, which obtained the rights for some of the German label's main artists and for part of the catalogue, SPV went back into production with a new staff at the end of 2009. [4] 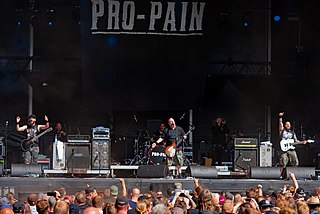 Pedro Henrique "Kiko" Loureiro is a Brazilian guitarist. He has been a member of several heavy metal bands, including Angra and Megadeth.

Enemy of God is the eleventh studio album by German thrash metal band Kreator. The Gothenburg influences of the band's previous album, Violent Revolution, became more prominent on this album. It was released by Steamhammer Records on January 10 in Europe and South America and on January 11, 2005 in North America. On October 27, 2006, the album was re-released in a digipak under the name "Enemy of God: Revisited", with a 5.1 DTS 96/24 mix, featuring two bonus tracks from the Japanese edition and a bonus DVD. 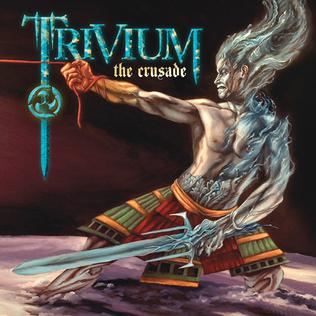 The Crusade is the third studio album by American heavy metal band Trivium. It was released on October 10, 2006 through Roadrunner Records and was produced by Jason Suecof and the band themselves. The album marked a significant musical departure from the metalcore sound of preceding album Ascendancy, with the band instead bringing their thrash metal influences to the fore. Accordingly, vocalist and guitarist Matt Heafy sings with primarily 'clean' vocals throughout "The Crusade", rather than utilizing the 'screaming' style heard on Ascendancy. 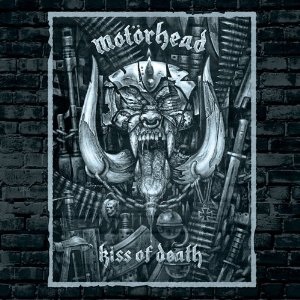 Kiss of Death is the eighteenth studio album by the band Motörhead, released on 29 August 2006, on Steamhammer, their ninth with the label. 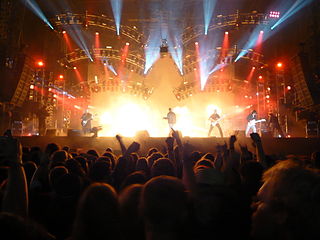 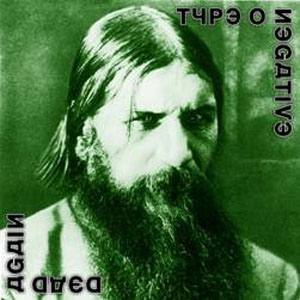 Dead Again is the seventh and final studio album by Type O Negative, released before the death of frontman Peter Steele in 2010, and subsequent dissolution of the band. It was released on March 13, 2007, through record label Steamhammer, a subsidiary of SPV GmbH. 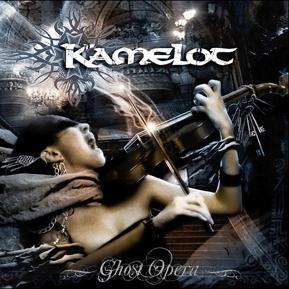 Ghost Opera is the eighth studio album from metal band Kamelot. It was released in 2007 by SPV GmbH/Steamhammer Records, on June 1 in Germany and followed by releases on June 4 in Europe and June 5 in the United States. It is the first studio album by Kamelot to feature keyboardist Oliver Palotai, and the last with bassist Glenn Barry. The album spawned four music videos for the songs "Ghost Opera", "The Human Stain", "Rule the World" and "Love You to Death".

Engel is a Swedish metal band from Gothenburg, Sweden. They are currently signed to Gain Records/Sony. 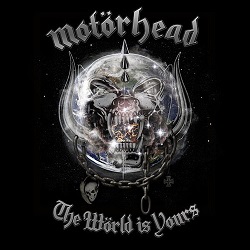 The Wörld Is Yours is the twentieth studio album by the band Motörhead, released on 14 December 2010, as an exclusive edition, and a month later on 17 January 2011, as a standard release and it is dedicated by Lemmy to Ronnie James Dio who had died from cancer seven months earlier. 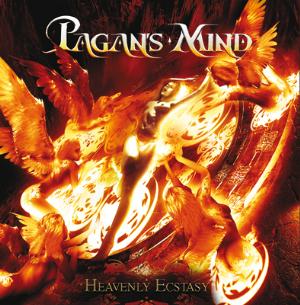 Heavenly Ecstasy is the fifth studio album by the Norwegian progressive metal band Pagan's Mind, released on 20 May 2011 in Germany, 23 May in the rest of Europe, and 31 May in the USA and Canada. It is the first album the band has released with label Steamhammer Records.

Living Like a Runaway is the eighth studio album from American rock-musician Lita Ford, released in June 2012. This is the first album of Ford's to be released on SPV/Steamhammer Records. "SPV gets who I am, my work, and what it takes to bring this project to life. I'm very excited to have them on my team," says Ford.

On the 13th Day is the 17th studio album from the rock group Magnum, which was released in September 2012, under the label of Steamhammer Records/SPV. The cover artwork was painted by Rodney Matthews.

SUNDANCER is the seventh full-length studio album released by German melodic hard rock band Fair Warning. The album was recorded in 2011 thru 2012 with final mixing and production concluding in early 2013. The CD was released in Japan in April, 2013 and subsequently released in Europe and The United States in May and June 2013 respectfully. As with their previous release, 2009's Aura, the band recorded as a four-piece with Tommy Heart (vocals), Helge Engelke (guitars), Ule W. Ritgen (bass) and C.C. Behrens (drums). 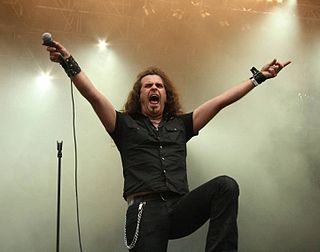 Pagan's Mind is a progressive metal band from Skien, Norway. They have released five studio albums, and the current line-up only features original members.