Scott Kenneth Chipperfield (born 30 December 1975) is an Australian former soccer player who played as a midfielder for Wollongong Wolves, FC Basel, FC Aesch and Australia. His 2010 FIFA World Cup profile describes him "as a talented attacker with great physical ability and an eye for goal." [2] He is also known for his versatility in playing in both right and left midfield and as a left sided defender.

Chipperfield was born to Kenneth and Dale Chipperfield in Wollongong, New South Wales. He is of English descent and holds dual Australian-Swiss citizenship, having lived in Switzerland since signing for FC Basel in 2001. He has said that he would be willing to return to Wollongong to play in the future, should a bid to gain a Wollongong based team in the A-League be successful. [3] As a boy, Chipperfield supported Liverpool. During his playing days at Wollongong he worked as a school bus driver part-time. [4]

Chipperfield began his professional career at Wollongong Wolves in 1996 and was a vital member of the team that won the National Soccer League twice in a row, in 2000 and 2001, and the Oceania Club Championship in 2001. He scored the winning goal in the final of the Oceania Club Championship, as Wollongong Wolves defeated Tafea of Vanuatu 1–0. He twice won the Johnny Warren Medal for the most outstanding player in the Australian domestic season and gained interest from European clubs. He had an unsuccessful trial at English First Division side Bolton Wanderers in the winter of 2000.

In early June 2001, Perth Glory announced that Chipperfield would be joining them for the 2001–02 NSL season, however he signed for FC Basel before his Wollongong Wolves contract expired at the end of the month. [5] [6]

In the summer of 2001 Chipperfield joined Swiss Super League club FC Basel. He helped Basel win the league title (their first in 22 years) and the Swiss Cup in his first season in Switzerland. The following season, he was an important member of the team as Basel reached the Second Group Stage of the 2002–03 UEFA Champions League, notching up wins against MŠK Žilina, Celtic, Spartak Moscow, Deportivo de La Coruña and Juventus on the way. In 2003, he won his second gold medal in the Swiss Cup. In the 2004 and 2005 seasons he won his second and third League Championship titles with the club.

At the 2006 FIFA World Cup, Chipperfield played an integral role in the Australian midfield and defence, he was considered to be one of Australia's best players at the tournament. Therefore, he was subject to an unsuccessful bid by Charlton Athletic to obtain his services. But in July 2006 FC Basel announced that he had signed a three-year contract extension. At the end of this season Chipperfield played in the Cup Final in the Stade de Suisse and he received his third Cup Medal as Basel beat FC Luzern 1–0.

Chipperfield won the national Double for the second time in 2008, it was his fourth Cup title and his fourth League title. As Basel qualified for the UEFA Champions League, after a six-year absence, in 2008, Chipperfield was one of only three survivors of the squad that competed in the competition in 2003, the other two being Ivan Ergić and Benjamin Huggel. On 13 September 2008, he came on as a substitute for Orhan Mustafi during Basel's 2–0 defeat of FC Luzern at St. Jakob-Park, to make his 200th league appearance for Basel. He also scored the second goal of the match. In January 2009, he was set to sign for Hertha BSC of the German Bundesliga, but the move fell through on the advice of medical staff. [7]

At the end of the 2009–10 season and 2009–10 Cup campaign Chipperfield achieved his third Double with the club. In April 2011 the club announced a further one-year contract extension. [8] To that date he had played 367 competition games for the club, scoring 83 goals. At the end of the 2010–11 season Chipperfield won his sixth League Championship title.

In the 2011–12 FC Basel season Chipperfield suffered injuries and therefore only played five games in the League season 2011–12 and three in the Swiss Cup 2011–12, scoring his only goal of the season in the first round away tie against FC Eschenbach on 17 September. [9] Chipperfields last game was in the 1:1 away draw on 11 December 2011 against Neuchâtel Xamax. At the end of the 2011–12 season he won his fourth Double, the League Championship title [10] and the Swiss Cup [11] with Basel.

On 18 May 2012 FC Basel announced on their homepage that the contact with Chipperfield would not be extended. [12] He is the Basel all-time record holder of titles with the club, with seven Swiss National League A/Super League and six Swiss Cup honours.

On 1 June 2012 it was announced he had signed a short-term contract to play for Illawarra Premier League club Tarrawanna Blueys FC. [13] [14] [15] Nevertheless, after a few weeks a move to the Swiss club FC Aesch was revealed by various media and confirmed.

Chipperfield played his debut game for Australia in the Suncorp Stadium, Brisbane as a substitute during the 3–1 win against Fiji on 25 September in the 1998 Oceania Nations Cup. He scored his first goal for the national team in the game against the Cook Islands just three days later, it was the eleventh goal of the game as Australia won 16–0.

He is perhaps best known in Australia for his loyal and somewhat unexpected appearance at the 2002 OFC Nations Cup in New Zealand, a tournament which was marred by the financial turmoil of the then Soccer Australia. The non-existent financial contribution meant that the Australian players had to pay their own way to get to New Zealand. Chipperfield became the only one of Australia's large Europe-based contingent to answer the call and perform for his country in their time of need. 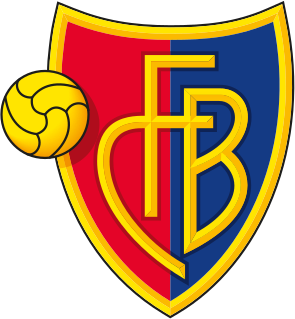 FC Basel 1893, widely known as FC Basel, FCB, or just Basel, is a Swiss football club based in Basel, in the Canton of Basel-Stadt. Formed in 1893, the club has been Swiss national champions 20 times, Swiss Cup winners 12 times, and Swiss League Cup winners once. 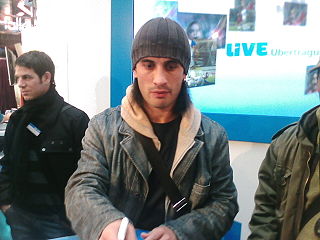 Hakan Yakin is a Swiss former footballer who played as a forward or midfielder. He was a member of the Swiss national team for eleven years.

Alexander Frei or Alex Frei is a Swiss former professional footballer who played as a forward. He was interim manager of FC Basel.

Mile Sterjovski is an Australian former football (soccer) player. Sterjovski played mainly as a right winger or as a second striker, but also played as a left winger and central midfielder.

Benjamin "Beni" Huggel is a Swiss former footballer who played as a midfielder for FC Basel in the Swiss Super League and for Eintracht Frankfurt in the Bundesliga. 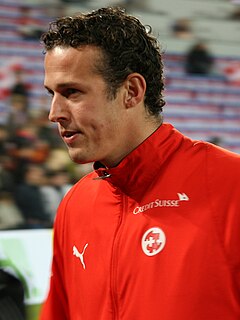 Marco Streller is a Swiss former footballer who played as a striker and is best known for his years with FC Basel and the Switzerland national team. He was the sporting director of FC Basel from June 2017 until June 2019. Since February 2020 he works as a TV expert for the Swiss Pay TV broadcaster Teleclub.

Yann Sommer is a Swiss professional footballer who plays as a goalkeeper for Bundesliga club Borussia Mönchengladbach and the Swiss national team.

Valentin Stocker is a Swiss professional footballer who plays as a left midfielder for FC Basel. He has played for the Switzerland national team.

Fabian Frei is a Swiss professional footballer who plays as a midfielder for FC Basel. Until June 2011, he played for the Swiss U-21 team. He made his international debut for Swiss senior team on 7 October 2011. He was selected to represent Switzerland at the 2012 Summer Olympics. He is of no relation to former club and country teammate Alexander Frei. 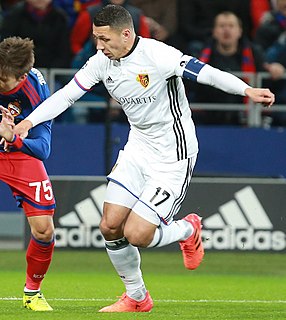 Marek Suchý is a Czech professional footballer who last played as a defender for FC Augsburg and captains the Czech Republic national football team.

FC Basel started the 2007–08 season, the 115th season in their existence and 13th consecutive in the top flight of Swiss football, with various warm-up matches against Swiss lower league teams as well as Austrian Bundesliga, German Bundesliga, Scottish Premier League and French Ligue 1 clubs. FCB were looking to win the Swiss championship title for the first time since 2005 and regain the cup title that they won the year before. They also had the opportunity to compete in the UEFA Cup. 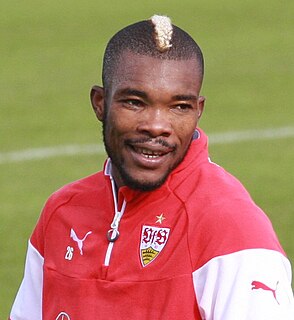 Sereso Geoffroy Gonzaroua Dié, known as Serey Dié, is an Ivorian professional footballer who plays as a defensive midfielder in Switzerland for FC Sion. 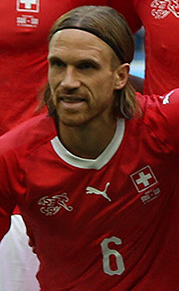 Michael Rico Lang is a Swiss professional footballer who plays as a defender for German club Borussia Mönchengladbach and the Switzerland national team.

Aleksandar Dragović is an Austrian professional footballer who plays as a defender for Serbian club Red Star Belgrade and the Austria national team. He is well known for his performances as a tough-tackling centre-back.

FC Basel began their 2009–10 season with various warm-up matches against Swiss lower league, Ukrainian Vyscha Liha, and Super League Greece clubs. The goals for FC Basel during the 2009–10 season were to take back the league and cup titles as well as to qualify for the UEFA Europa League.

The Swiss football club FC Basel began their 2010–11 season with various warm-up matches against Swiss lower league, Ukrainian Vyscha Liha, and Ligue 1 clubs. The goals for FC Basel during the 2010–11 season were to take back the league and cup titles as well as to qualify for the UEFA Champions League.

Taulant Ragip Xhaka is a professional footballer who plays as a defensive midfielder for Swiss club Basel and the Albania national team. During the beginning of his career he played as a right back but following his return to the Basel team after his loan to Grasshopper Club he was moved to his current position defensive midfielder which he played at Albania national team since his debut in 2014 and since the start of the 2016–17 season with Basel.

The 2006–07 season is Fussball Club Basel 1893's 114th in existence and the club's 13th consecutive season in the top flight of Swiss football. FCB played their home matches in the St. Jakob-Park, in the Basel quarter St. Alban in the south-east of the city. After four season as Basel's chairman Werner Edelmann stood down and Mrs Gisela Oeri was voted as the club's very first chairwoman at the AGM.

Mohamed Naser Elsayed Elneny is an Egyptian professional footballer who plays as a midfielder for Premier League club Arsenal and the Egypt national team.