Selfishness is being concerned excessively or exclusively, for oneself or one's own advantage, pleasure, or welfare, regardless of others. [1] [2]

Selfishness is the opposite of altruism or selflessness; and has also been contrasted (as by C. S. Lewis) with self-centeredness. [3]

The implications of selfishness have inspired divergent views within religious, philosophical, psychological, economic, and evolutionary contexts.

Aristotle joined a perceived majority of his countrymen in condemning those who sought only to profit themselves; but he approved the man of reason who sought to gain for himself the greatest share of that which deserved social praise. [4]

Seneca proposed a cultivation of the self within a wider community – a care for the self which he opposed to mere selfishness in a theme that would later be taken up by Foucault. [5]

Selfishness was viewed in the Western Christian tradition as a central vice – as standing at the roots of the seven deadly sins in the form of pride. [6]

Francis Bacon carried forward this tradition when he characterised “Wisdom for a man's self...[a]s the wisdom of rats”. [7]

With the emergence of a commercial society, Bernard Mandeville proposed the paradox that social and economic advance depended on private vices – on what he called the sordidness of selfishness. [8]

Adam Smith with the concept of the invisible hand saw the economic system as usefully channelling selfish self-interest to wider ends; [9] while John Locke based society upon the solitary individual, arguably opening the door for later thinkers like Ayn Rand to argue for selfishness as a social virtue and the root of social progress. [10]

Roman Catholic philosopher Jacques Maritain opposed the latter view by way of the Aristotelian argument that framing the fundamental question of politics as a choice between altruism and selfishness is a basic and harmful mistake of modern states. Rather, cooperation ought to be the norm: human beings are by nature social animals, and so individual persons can only find their full good in and through pursuing the good of the community. [11]

Lack of empathy has been seen as one of the roots of selfishness, extending as far as the cold manipulation of the psychopath. [12]

The contrast between self-affirmation and selfishness has become a conflictual arena in which the respective claims of individual/community are often played out between parents and children [13] or men and women, for example. [14]

Psychoanalysts favor the development of a genuine sense of self, and may even speak of a healthy selfishness, [15] as opposed to the self-occlusion [16] of what Anna Freud called "emotional surrender". [17] 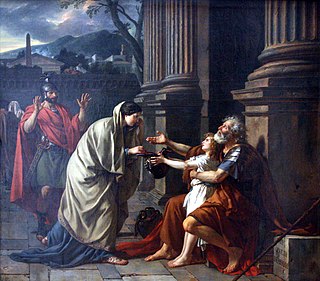 Altruism is the principle and moral practice of concern for happiness of other human beings or animals, resulting in a quality of life both material and spiritual. It is a traditional virtue in many cultures and a core aspect of various religious traditions and secular worldviews, though the concept of "others" toward whom concern should be directed can vary among cultures and religions. In an extreme case, altruism may become a synonym of selflessness, which is the opposite of selfishness.

Ayn Rand was a Russian-American writer and philosopher. She is known for her two best-selling novels, The Fountainhead and Atlas Shrugged, and for developing a philosophical system she named Objectivism. Educated in Russia, she moved to the United States in 1926. She had a play produced on Broadway in 1935 and 1936. After two early novels that were initially unsuccessful, she achieved fame with her 1943 novel, The Fountainhead. In 1957, Rand published her best-known work, the novel Atlas Shrugged. Afterward, she turned to non-fiction to promote her philosophy, publishing her own periodicals and releasing several collections of essays until her death in 1982.

Egoism is an ethical theory that treats self-interest as the foundation of morality. 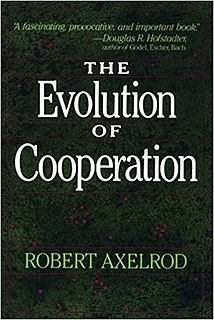 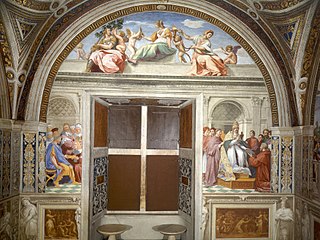 Self-love defined as "love of self" or "regard for one's own happiness or advantage" has both been conceptualized as a basic human necessity and as a moral flaw, akin to vanity and selfishness, synonymous with amour propre, conceit, conceitedness, egotism, et al. However, throughout the centuries self-love has adopted a more positive connotation through pride parades, Self Respect Movement, self-love protests, the hippie era, the New Age feminist movement as well as the increase in mental health, awareness that promotes self-love as intrinsic to self-help and support groups working to prevent substance abuse and suicide.

Peter Schwartz is an American journalist. He is an Objectivist and writes opinion pieces and books from that viewpoint.

Egotism is defined as the drive to maintain and enhance favorable views of oneself, and generally features an inflated opinion of one's personal features and importance. It often includes intellectual, physical, social and other overestimations.

Enlightened self-interest is a philosophy in ethics which states that persons who act to further the interests of others, ultimately serve their own self-interest.

Generosity is the virtue of being liberal in giving, often as gifts. Generosity is regarded as a virtue by various world religions, and is often celebrated in cultural and religious ceremonies. Scientific investigation into generosity has examined the effect of a number of scenarios and games on individuals' generosity, and potential links with neurochemicals such as oxytocin, and relationship with similar feelings, such as that of empathy.

The Randian hero is a ubiquitous figure in the fiction of 20th-century novelist and philosopher Ayn Rand, most famously in the figures of The Fountainhead's Howard Roark and Atlas Shrugged's John Galt. Rand's self-declared purpose in writing fiction was to project an "ideal man"—a man who perseveres to achieve his values, and only his values.

Rational egoism is the principle that an action is rational if and only if it maximizes one's self-interest. The view is a normative form of egoism. It is distinct from psychological egoism and ethical egoism. 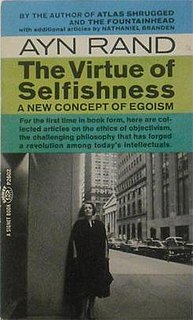 The Virtue of Selfishness: A New Concept of Egoism is a 1964 collection of essays by the philosopher Ayn Rand and Nathaniel Branden. Most of the essays originally appeared in The Objectivist Newsletter. The book covers ethical issues from the perspective of Rand's Objectivist philosophy. Some of its themes include the identification and validation of egoism as a rational code of ethics, the destructiveness of altruism, and the nature of a proper government.

Altruism is an ethical doctrine that holds that the moral value of an individual's actions depend solely on the impact on other individuals, regardless of the consequences on the individual itself. James Fieser states the altruist dictum as: "An action is morally right if the consequences of that action are more favorable than unfavorable to everyone except the agent." Auguste Comte's version of altruism calls for living for the sake of others. One who holds to either of these ethics is known as an "altruist."

Narcissism is the pursuit of gratification from vanity or egotistic admiration of one's idealised self image and attributes. This includes self-flattery, perfectionism, and arrogance. The term originated from Greek mythology, where the young Narcissus fell in love with his own image reflected in a pool of water. Narcissism is a concept in psychoanalytic theory, which was popularly introduced in Sigmund Freud's essay On Narcissism (1914). The American Psychiatric Association has listed the classification narcissistic personality disorder in its Diagnostic and Statistical Manual of Mental Disorders (DSM) since 1968, drawing on the historical concept of megalomania.

Allan Stanley Gotthelf was an American philosopher. He was a scholar of the philosophies of both Aristotle and Ayn Rand.

Selfism refers to any philosophy, theory, doctrine, or tendency that upholds explicitly selfish principles as being desirable. The term is usually used pejoratively.